The Stigma Against Public Displays of Gaming Affection 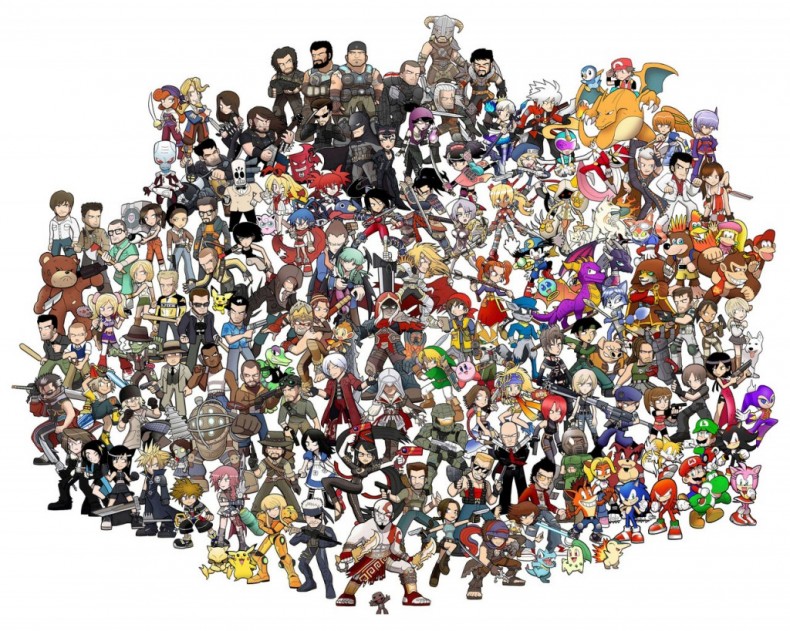 Why do tattoos about video games seem to be subject to more criticism than most other mediums? More importantly, why is the gaming community seemingly eager to join in on this criticism?

I was recently listening to a podcast on which the people it consisted of went from discussing recent gaming events to suddenly making me feel not so much offended, but bothered nonetheless.

The podcast in question started mocking the idea of tattoos based on video games.

Whether you think a person should get tattoos of anything related to any medium is a different question entirely, but it really rubbed me the wrong way to hear people who are not only part of the gaming industry professionally, but act very passionate about games on camera, on social media, and through their writing, start talking down so openly to people who might feel strongly enough about any one game to the point of getting some ink in their skin related to it.

But it’s not just with this podcast, it’s an unfortunate, even anger inducing, trend that I constantly see in the gaming community that people who spend hours playing games, shell out hundreds of dollars over several years on various games, and decide to throw out a caps locked rant about how inferior one console is compared to the other will arrogantly scoff at and belittle people who want to take that passion a step further.

Nearly anytime I see a game developer post a picture to its Facebook page of a tattoo a fan sent to them I also get to see fans of the game posting comments like “Seriously? It’s just a video game.” or “You’re going to regret that in a few years.”

Within the industry I’ve seen journalists posting on Twitter things like “I’m wearing a shirt about a video game. Form a line, ladies,” video game cosplay seems to carry with it a stigma of being “too nerdy” for some people, and I’ve even witnessed people saying they don’t want to be seen in public playing video games.

If you’ve read some of my articles here, stumbled upon my Twitter, or been one of my unfortunate co-workers who tried to present a counter argument to the statement “video games are an art form,” you’ll know I’m a huge advocate of the power that video games can have on people’s lives.

I myself own plenty of video game related apparel, have both my PlayStation Vita and my Infamous 2Â  bag on my person at all times, and even have video game related tattoos on my skin and plan to get more. Having each of those things in public has apparently merited being called a “nerd” or some derogatory variation of the word, but I’ve never let it faze me because I’ve never viewed being an avid fan of video games as something to be ashamed of, as others seem to. 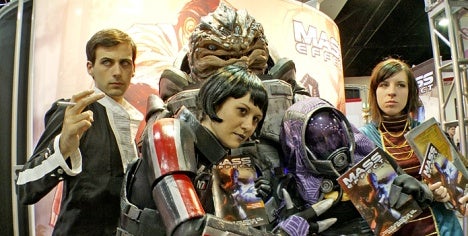 A group of cosplayers dressed as characters from the Mass Effect series.

Games and my love for them have shaped me. They’ve taught me just as much about myself and the people around me as any other medium. The mark games have left on me is well worth the tattoos I have, well worth every game related accessory I carry with me. If any one game means that much to me, why would I ever suppress that or even make fun of that when around others?

My love for gaming is why I’m writing for this website, it’s why I’m currently going for an English degree so I can become better at writing about them and eventually make a living off doing so.

I know I’m not the only one who feels this way because outlets like IGN, GameSpot, and Polygon exist. People who are just as immersed in video games helped build those sites, but the difference appears to be that employees of some of these websites aren’t willing to express that appreciation outside of their job without remarking about how people are going to perceive and judge them, or even joining in on that particular judgement themselves as the podcast I was listening to did.

In recent years there have been a lot of people pushing for games to be accepted as a form of art. Within this industry there’s a desire for this wonderful and expansive medium to be seen with any form of respect.

If that’s what we want, why do some insist on laying back and accepting and contributing to this kind of mockery?

Saying “I’m wearing a video game shirt, who wants to date me?” isn’t cute, it’s demeaning. If you believe video games are more than just the punchline to a joke, why would you act like that’s all they should be?

If you love video games, confidently express it. Don’t join in on this disparaging of a medium you claim is important to you.

If fans of sports can wear a jersey for their favorite team, if fans of musicians can wear a shirt with the logo of a band and the tour dates across the back, gamers can and should be able to wear a shirt related to a game and it’s about time we acted like it.

I do believe that eventually the video game industry will find its footing and become more universally respected, whether that’s in five years or fifty. But if we’re going to reach that point we can’t just wait for everyone who isn’t immersed in video games to suddenly stop looking down on them, the respect has to start with us.

Senior Staff Writer Kenneth Shepard is a freelance video game journalist, the first human Spectre and an avid Coca-Cola enthusiast. When he's not sharing his opinion on the internet or saving the galaxy from certain death he enjoys sobbing hysterically over the lives of fictional characters . A student at the University of North Georgia, Kenneth currently writes about games for the University's newspaper.
You might also like
communityArticlesKenneth Shepard