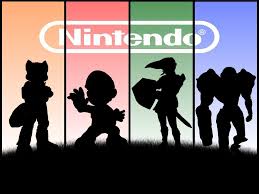 Nintendo is in a bit of a rut right now, but if anything can be said about Nintendo, itâ€™s that it wonâ€™t stop them. We can all agree that Nintendo has some of the best IP’s on the market and here at SpawnFirst, we believe that either a reboot or sequel to these following games would be lovingly embraced by gamers of all consoles. The games are in no particular order, but get ready to reminisce. It’s baffling to think that Star Wars has come out with so many games centered around a jedi and has yet to remake this game.Â  Shadows of the Empire was a game ahead of it’s time.Â  The third person shooter/adventure game gave you a jetpack, all your beloved characters, and a variety of weapons.Â  If you didn’t get an adrenaline rush from wampas approaching you like juggernauts, you certainly got one during the swoop bike race.

Shadows of the empire on the Wii U wouldÂ be a third party title like no other.Â  If Nintendo could get such a title, the Wii U would be very well known to gamers.Â  Dash wasn’t jedi and without the powers you felt way more vulnerable.Â  I feel like today’s Star Wars games make you almost God-Like.Â  I would love to go back to playing as the mercenary, Dash.

9. The Legend of Zelda: Majoraâ€™s Mask The Legend of Zelda: Ocarina of Time reimagined the way we play games and experience them: a whole new, open, 3D world with visible time lapse and the likes.Â  It was beyond what anyone could have imagined at the time.Â  Realizing they had a recipe for greatness, Nintendo quickly turned around another fantastic game with the same open world feel: Majoraâ€™s Mask.

Majoraâ€™s Mask deserves a reboot because it set a darker tone.Â  While the other games were ground-breaking in terms of gameplay and experience, Majoraâ€™s mask was ground breaking in that it wasnâ€™t all sunshine and rainbows, in fact some of the Clock Town residents seemed downright insane.Â  The darkness was light-hearted given the graphical capabilities at the time, however Iâ€™m sure today it would make for an incredible remake. Many gamers may not remember this, but there was a time when Nintendo had the most ridiculous, M-rated game on the market. Â You may run around with your chainsaw gun or be driving tanks into banks, but compared to Conker youâ€™re just a cute little kindergartener.

Itâ€™s one thing to play as a rough, tough, rugged, male killing aliens.Â  Itâ€™s an entirely different thing to be a cute little squirrel with a hangover, vomiting on anyone and anything, and being armed with throwing knives, a katana, and a frying pan.Â  Unfortunately, Microsoft now owns Rare so I guess youâ€™ll just have to keep your N64 around. Why do we play racing games?Â  I motion that itâ€™s because it shows a clear winner and clear loser, but also because we get to go fast.Â  We race Porches and Ferraris cause theyâ€™re fast cars and we enjoy the speed.Â  But if speed is what youâ€™re after, then you need F-Zero.

F-Zero gives you speed and highly imaginative tracks.Â  Sure itâ€™s not realistic looking, but neither is a Lamborghini that just crashed into a wall at 200 mph and only lost a headlight.Â  It puts you in a world where there is little to no limit on how fast you can go.Â  You begin blazing down tracks, upside down, at 900km/h with a health meter for your vehicle that can cripple you if not maintained properly. When Earthbound came out to North America it wasnâ€™t as well received as it was in Japan. Â It was a Japanese RPG in the western culture which was not ready for them yet.Â  Mother 2 garnered a cult following and wasnâ€™t fully appreciated until Final Fantasy made its way West.

Earthbound/Mother 2 has been on everyoneâ€™s minds since it was released in North America and then disappeared.Â  We wondered where the prequels were and why sequels werenâ€™t showing up.Â  Itâ€™s been called for again and again and with the released on the Virtual Console itâ€™s safe to say itâ€™s a huge hit.Â  Even decades after its initial release, the game touts quality.Â  A remake or sequel on the Wii U or 3DS would be spectacular. Sports games are a dime a dozen.Â  Theyâ€™re released annually, they donâ€™t really introduce a new way of playing the game, and theyâ€™re really just updating the roster.Â  Major League Baseball featuring Ken Griffey Jr. however, is a game that needs to be in the Baseball Hall of Fame.

It wasnâ€™t anything fancy, but it exaggerated the game of baseball to a point of hilarity.Â  After a hit, the outfield could pass the ball around for as long as youâ€™d like, just waiting for the team at-bat to make their move.Â  You could even have your pitcher hold on the ball and run around the entire field.Â  Thatâ€™s when the team at-bat try to steal a base.Â  An intense game of pickle would ensue and only end when either you tagged them out, or your opponent stole his way to home.Â  Maybe I played it wrong, but it was a fantastic game. Who hasnâ€™t dreamed of having a cannon on their arm, or as an arm for that matter?Â  Mega Man is Mario with a gun and it is awesome.Â  Capcom has given us over 30 years and over 50 games of Mega Man.Â  Capcom has a staple in the side-scrollers and they have a chance to take it somewhere.

Iâ€™m not saying what the next game should be or how it should play.Â  I just want to see it again in this generationâ€™s gaming world.Â  With the ability to switch weapons, I believe some interesting levels and puzzles could be designed.Â  Mega Manâ€™s non-linear game play allowed you to choose who you wanted to go after first and by extension what power up you obtained.Â  Mega Man is due for a remake on the Wii U. Who hasnâ€™t dreamed of having a cannon on their arm, or as an arm for that matter?Â  Metroid is Nintendoâ€™s very own alien shooter which has been shown to do very well converted to a First-Person Shooter, though they like to call it a â€œFirst-Person Adventurerâ€.

After its venture as an â€˜FPAâ€™ Metroid proved it had some new tricks to bring to the genre, especially with Metroid Prime Hunters on their DS handheld.Â  Nintendo doesnâ€™t have many First-Person Shooters on their consoles and with many gamers opting for that experience, another Metroid Prime Hunters onÂ withÂ a similar online experience on the Wii UÂ could be just what the doctor ordered. Call me a sucker for Nintendo Sports games.Â  A lot of sports games are fairly uninteresting and I donâ€™t know if thatâ€™s because of the game or the sport.Â  Nintendo however takes these sports and makes them incredibly interesting.Â  Super Mario Strikers, Mario Kart, Mario Golf, Tennis, you name it, theyâ€™re all supercharged in one way or another.

By adding simply things like a thrown green shell, an entire play can be changed.Â  Whatâ€™s more insulting than someone doing a power kick that sends your goalie flying away?Â  Iâ€™ll tell you, someone doing a power kick and screwing up on the meter/timing.Â  Strikers was a great addition to the Mario sports catalog and with the Wii U game pad, I feel like you could even give someone a referee position. Star Fox is a fantastic aerial game that hasnâ€™t quite been rivaled.Â  Crimson Skies came out and it just made me want to play Star Fox.Â  An HD remake of the N64 gem would be picked up instantly.Â  I mention Star Fox Adventures because it put our hero on the ground.

With exploration on the ground like Star Fox Adventures and flight through space like Star Fox 64, I think weâ€™re looking at a hard hitter for Nintendo.Â  Star Fox Adventures was already praised for its impressive graphics at the time as well as its concept of Fox exploring a world.Â  With and HD remake/sequel we could follow Fox as he explores more planets and galaxies.

Alas, these areÂ allÂ but wishful thinking.Â  With little to no third party support, Nintendo is forced to push games out faster to keep their console afloat.Â  Developing any of these games would require more time and energy than they have.Â  So hereâ€™s to hoping theyâ€™re already in the Nintendo pipeline.

Versus Mode Co-Host/Creative Co-Director Chris is ridiculous. True story: instead of paying rent one month he bought a Nintendo 3DS. Being a fan of all gaming platforms is tough on his wallet, but he's a gamer on a budget. He plays his PS Vita or 3DS while on the train to/from work and his Xbox 360 or Wii U when at home. He won his university's Video Game Olympics competition back in April of 2012 and mentions it whenever he can in conversation. His other interests include comedy, surviving Chicago, and hangin' out with his pup, Theta.
You might also like
EarthBoundArticlesFeatures