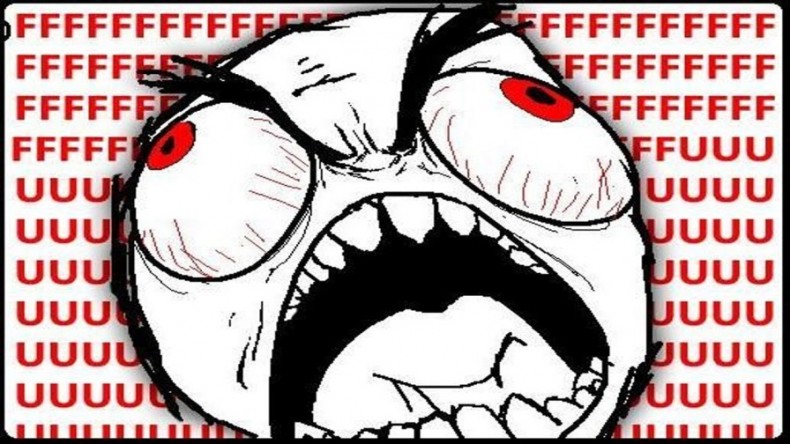 Let’s face it. Gaming isn’t perfect. We fell in love with its ability to engross and involve us like nothing else can, but we take the good with the bad. Video games fall flat for a number of reasons, but the most frustrating reasons are those that seem to have almost nothing to do with the gameplay itself. From that frustration and anger, five big offenses have arisen and we lovingly pick on the worst this week with the Top 5 Frustrating Video Game moments (outside of gameplay).

5.Â  Running Out of Quarters: Arcade

Ah, the simplicity of an arcade, surrounded by like-minded individuals in the never ending quest to eat more dots, blast more aliens and shoryuken Vega. Iâ€™m pretty young myself, but even I have memories of a pocket full of quarters at the mall arcade, locked in a desperate struggle against Street Fighter 2. Falling to the tricky patterns of Blanka or the overpowering offense of Sagat was only made worse when you had to listen to him laugh as the numbers counted down to zero and you searched your pockets for quarters you didn’t have. Maybe the machine will take my bus token and I can just walk home..

This was a close one, butÂ PlayStationÂ updates, system or otherwise, seem to have a track record. There is nothing that slows you down like being forced to download the latest patch or software update before getting back into the online arena. Watching the time until the download completes actually increase is disheartening, but couple that with the risk that you might never be able to boot your PS3 again, and you can firmly place this as the number 4 most frustrating video game moment. There are also the infamous W.O.W updates that can last for hours, and steam updates that seem to inch along, chewing away the little time you have for gaming on a busy day. Perhaps I can use this hour and a half to venture outdoors. See the world.

Once again this oneâ€™s a little old, but we look back on it almost fondly. Gone are the days where you can simply blow on your system or game to fix any and all problems. Luckily, also gone are the days of failed attempt after failed attempt to try and boot your game cartridge only to receive the same frustrating black screen. There are turtles to kill, vampires to slay and boomerangs to throw, and Iâ€™m stuck blowing on this cartridge like an idiot instead of jumping gleefully through time in Chrono Trigger. And even after we passed booting issues, we still ran into problems getting our systems to read memory cards, and accessing our hard-earned saved data. Thankfully, these hunks of plastic are but a relic of yesteryear.

Alas, the nemesis of the infrequent saver. Batteries have made arrogant fools of us all, either striking right when the most progress has been made or when batteries are the furthest from reach. Choking back tears over lost Pokemon saves and castles suddenly unexplored I place this most unfortunate of situations at number 2. It’s place is secured with the memory of jostling batteries and lost battery covers dooming us to repeat grueling dungeons even as wee Spawners.

This category can also be easily expanded to include controllers dying and power suddenly being lost to your entire home. These heinous acts of a vengeful battery god have left many of us weeping at the feet of our gaming systems, but none has left as angry and full of fury as number 1.

This one is a tie, because I feel these are the systems with the greatest focus on online play. Nothing is as frustrating as losing a shootout on infinity slayer because your character was frozen in place or the screen skipped at a crucial moment. Even worse are times when youâ€™re dropped from a round due to lag in the middle of an amazing run, and knowing that your +18 K/D spread will never count. PCs can be even worse culprits because the games are reliant on so many different connections simultaneously, whether in popular MOBAs like League of Legends or class-based shooters like Team Fortress 2. These agonizing moments are the creators of many broken keyboards, controllers, computer screens.

These painful moments are inevitable pitfalls to our great industry that we donâ€™t always take as calmly as we should. Itâ€™s inevitable that shortcomings such as these will always exist, perhaps different ones as time goes on and repairs to one problem only end upÂ  revealing another. Funny in hindsight, letâ€™s remember there isnâ€™t much we can do to prevent these, so letâ€™s carry on Spawners, and take all the challenges of gaming in stride.

Contributor John is a third year journalism major and a fifth year policy debater, but gaming is his passion. He firmly believes that the PS2 is the finest console ever made and will defend to the death that playing Pokemon is not and never was lame. He owns every current gen console and is excited for the advent of the PS4 and Xbox One. He enjoys action-adventure and survival horror, but can hold his own in a discussion about nearly any genre. He listens to a surprising amount of alternative music and can fix a mean bowl of Frosted Flakes.
You might also like
Arcade