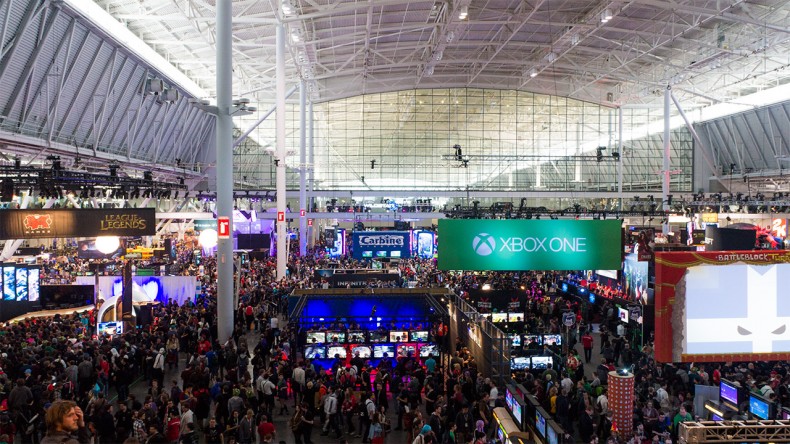 Two days ago marked the end of the excitement at PAX East in Boston. Leading up to E3, many developers came to show off more of some of the games we’re already well aware of, and we’re waiting eagerly for their release. Not all of them were playable. Some were nothing more than a new trailer, but they certainly managed to draw yet more attention, and reveal as much as possible without giving the heart of those games on a plate. Here’s our pick of the top five games shown at PAX East, whether it’s a new edition, trailer, or gameplay experience. There are some names that just immediately evoke an overwhelmingly positive response, and in this case, it’s the name of someone Â who’s deserving of being called a legend in the video games industry: Shinji Mikami. The moment people first heard that the Japanese video game designer has been busy working on the The Evil Within, Â thoughts immediately drifted back to the original Resident EvilÂ  games, which to this day compete with even the most frightening of modern-day survival horror games. Although a few disappointments have already been noted, mainly with a lack of character concerning the game’s protagonist, Sebastian, and some moments in-game, it’s still looking to be a dark horse that might bring about the genre’s revival. The Evil WithinÂ  is disturbing and terrifying, with the few “dull” moments seemingly only a ploy to lure players into a false sense of security, only for something new to creep up when Sebastian’s guard is dropped.

To pre-order the game or check out additional footage in video and screenshots, head over to the main site:Â TheEvilWithin.com Relic is quite adept at developing RTS games. And before Warhammer 40 000: Dawn of WarÂ Â and Company of Heroes, Â there was the space-faring Homeworld. Â Its release in 1999 means it’s hard to run on modern operating systems. However, that’s no longer the case. Gearbox, who acquired the rights to HomeworldÂ  during the THQ 2013 auction, has announced its Homeworld Remastered Collector’s Edition. Â For gamers who own the strongest PCs out there, the game will be capable of running at 4k resolution. In addition, the collector’s edition includes a 12-inch spaceship that lights up via a USB. No specific release date for the edition has been set, but we do know it’ll be up on Steam sometime this fall. “Pre-Sequel” sounds weird, right? This upcoming Borderlands title is named as such because it’ll take place between BorderlandsÂ  and Borderlands 2. Â Players might be able to see Pandora from a distance for the first time, since this one takes place on Pandora’s moon. New characters will be introduced, some playable and others just NPCs. And of course, what’s BorderlandsÂ  without the inclusion of yet more intriguing weapons to add to its arsenal numbering in the gazillions? Two new weapon types to play with will be ice guns and lasers. Oh, and there are also the cryo guns.

Check out the developer overview of the game in the video below. Humans and orcs have been at war on almost every battlefield in the world of fantasy and sci-fi. Orcs Must Die!Â Unchained Â will still feature the unique third-person tower defense gameplay that made the game popular, but will also include cooperative play after requests from fans for a greater input of competitive features. Now one player’s team will attack the fortress and the other one will defend is, as opposed to the purely AI-controlled hordes from Orcs Must Die!Â  and Orcs Must Die! 2, Â where players could only defend. Remember to not place a strain on friendships, but unite as fellow humans and blame everything on the orcs.

Check out the hands-on gameplay from Unchained in the video below.

5. World of Warcraft: Warlords of Draenor World of Warcraft: CataclysmÂ  didn’t exactly generate as much hype as previous expansions, such asÂ Wrath of the Lich King, Â but the latest expansion,Â Warlords of Draenor,Â Â is certainly a welcome entry and return to the popular MMO series. The level cap will at last be raised to 100. And to make things more convenient for new players, each person can instantly upgrade one character only to level 90 and play from there. Then, of course, there’s the new world of Draenor to explore, some new character models, and the ability to build and upgrade the garrison, which is the player’s base of operations.

There you have it, our top five games from PAX East 2014. What do you think, yay or nay? Feel free to write your opinions in the comment section below!

Senior Staff Writer Rudolf is a Journalism graduate who has an obsession with video game collectorâ€™s editions, which is matched only by his objective of moving to Canada and firmly establishing himself as a games journalist. His taste for adventure can only be satisfied by action-adventure games, sizzling steaks and dreams of gliding through the air on a snowboard.
You might also like
BorderlandsArticlesFeatures