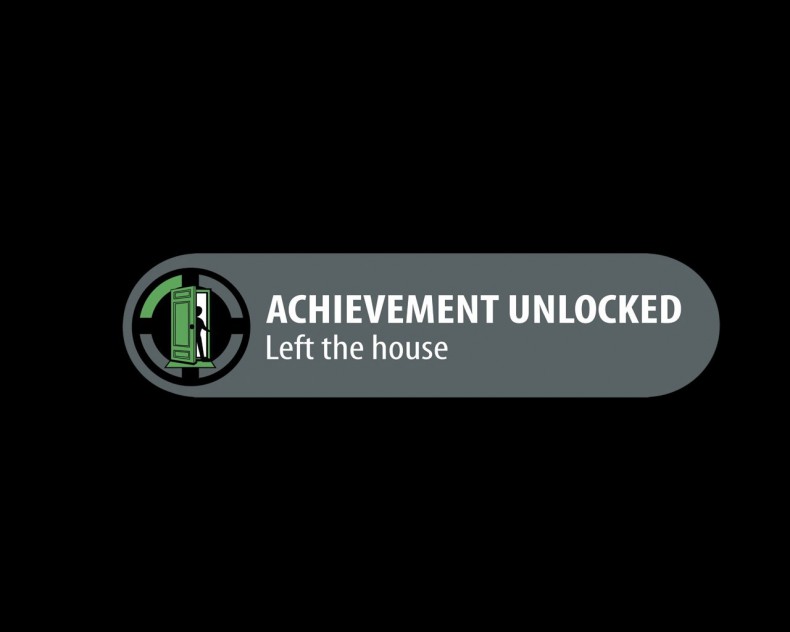 Last generation, console gamers were introduced to the concept of Trophies and Achievements. Microsoft ushered them in first at the launch of Xbox 360, much like arcade scores from way back in my day, a way to boast and brag and compete with your friends in a meta game. Sony then provided their own version, Trophies. No score attached, but you could display the number of Trophies you had earned; Bronze, Silver, Gold and the ever coveted Platinum which could only be earned by earning every other trophy in the game.

We will just ignore the early days of Achievements when one could get an easy 1000 pt Gamerscore by simply finishing a game, and we will just focus on what they are now; a manufactured way to boost the replay value of games. Very few games these days have ones that are attainable on a single play through of a game, those that hunt for Achievements and Trophies can and will play a game as many as 3 full playthroughs just to get that 100% or Platinum.

Clearly they’re popular. But do they matter to everyone? That’s the question we’ve asked the staff here at SpawnFirst. Let’s check out what they had to say, shall we…. I remember playing Left 4 Dead 2 on my Dads Gamertag frequently…. as in every day, for hours on end.

I joined up a lobby one time and because of a lack of gamerscore, a soon to be teammate started whining about how I had less then 5,000. I wasn’t going to be any good at the game, and she didn’t want me on her team for Scavenge. Looking back on it, she was just hostile in general. Either way, I was determined to prove that I was a good player. This wasn’t just to her anymore. It was to everyone. I proceeded to blow everyone out of the water, and when returning to the lobby, I said “Only 5,000 gamerscore, huh?” and left. mic. dropped.

I’ve never intentionally gone out of my way to raise the Gamerscore on that tag, but due to an increasing number of online games I played over the past few years it was bound to happen. I actually started to enjoy being underestimated by my teammates and opponents. It started to get to the point that I would go into lobbies and ask questions I should of already known the answer to. “There are melee weapons in this version of Left 4 Dead, right?” “What does the charger do?” and although I was shown the door by several lobby creators, I found a great joy in showing up people who believed I was a horrible player.

When I started playing so much that people would recognize the Gamertag, I stopped playing the Left 4 Dead series altogether.

I guess at a certain point in time I would say I cared about the Gamerscore. It was only when I started improving and becoming better at competitive gaming that I stopped caring. I developed my smack talk, per say, and I just enjoyed the thrill of the competition. That is when I stopped caring about Gamerscore. I have a very conflicted relationship with Trophies and Achievements, in retrospect. On one hand, I’m well aware that they currently have no real value beyond the massive amounts of bragging rights that players bestow upon them. On the other, I’m so bloody obsessed with trying to get them anyway that I almost feel like I should be spending my weeks in Trophy Addiction meetings. there’s just something about that ding sound that makes me feel accomplished, I guess.

As of this writing, I’m currently 2508 PSN trophies strong and only walking around with only two Platinum’s under my belt (For Fallout 3 and Season 1 of The Walking Dead). While that probably isn’t anything special, I still worked my ass off to get them. Just on instinct, my first question when I load up a game for the first time is always “What do the Trophies look like!?”. In fact, I’m pretty sure there are a good number of games that I’ve only played just to Trophy-Mine, so to speak. Yeah, I should probably feel terrible about that. I know. Oh, trophies. I wish I knew how to quit you. Ever since achievements – and subsequently trophies – were introduced into gaming, I’ve found myself wanting to collect as many as I possibly can. But it didn’t use to be that way. Back in the PS1 and PS2 days I would play through a game as many times as I desired, just for fun. God knows how many hours I put into the Crash Bandicoot series on PS1. But now, I often find myself not wanting to play a game unless there’s a trophy or achievement for me to go after. Or I’ll strive to complete a game on the hardest difficultly not because it’s fun but because I need that gold trophy.

Luckily I don’t feel the necessity to go for platinum on every game I play, but I will go out of my way to clean up all the easy trophies before I move on to another game. That said, so far this generation I have platinumed Need for Speed: Rivals and Resogun. I wish I could go back to how I used to be by somehow pretending that trophies don’t exist, but the truth is they have a hold over me that I’m afraid isn’t going anywhere. I guess I just enjoy the feeling of accomplishment they give me every time I unlock one. I think the inclusion of both in games is a great way to prolong the life of a game and add replayability to games that I would otherwise be done with once the credits rolled. When I think of games that would have benefited from adding achievements, I immediately think of Max Payne 2: The Fall of Max Payne. I completed that game within 7 hours in one day. Adding a reason to go back and play through it again, like achievements, would have helped wash away the bitter taste in my mouth from spending $50 on a game I completed on a day off from college.

In all honesty, I have a fluctuating interest in Trophies and Achievements that ebbs and flows from game to game for a profusion of reasons. Casting all of those aside (who has time to read all of my variables), ultimately it comes down to 3 things that dictate if I go for a Platinum trophy or 100% Achievements: how much I enjoy the game, how difficult are they to achieve and how much time I have.

I have exactly 2 Platinum trophies at the time of this writing; The Elder Scrolls V: Skyrim, and Infamous: Second Son. For Skyrim, it was a mixture of all 3 that prompted me to go for the Platinum as I was “between jobs” when I played the game so time was not really an issue. Looking over the list of trophies, they seemed easy to achieve, all I needed was time to get them, which, as I stated, I had plenty of. It was fueled simply by the fact that I absolutely adored the game. Even with the crippling framerate issues on the PS3 version, I managed to muscle through and get the Platinum before they released the patch that supposedly fixed the issue (“fixed” meaning to slap a bandaid on it because the issue persists as recently as last year when I played the additional DLC).

For Infamous, it boiled down to 2 things; I liked the game and the trophies were incredibly easy to get. Nothing more, nothing less. Within 2 weeks of only playing a couple of hours a day (if that) I had Platinum #2.

What I won’t do, is go for online trophies/achievements. I get that they exist to esnure people play multiplayer for decidedly single player games, except I refuse to play ball. Especially since they require a time investment that I’m not able nor willing to commit to, and quite frankly, only a few multiplayer games really hook me enough to care.

So let us know your Gamerscore, trophy level or if you even care, in the comments below…

Sean is a semi-retired hardcore kid, semi-grown up and transplanted from his original home of New York to Los Angeles. A lover and critic of movies, music and video games, Sean is always quick with an opinion, a heaping dose of snark, and a healthy dose of pragmatism. PSN & Live Gamertag: N2NOther
You might also like
achievementsArticlesFeatures