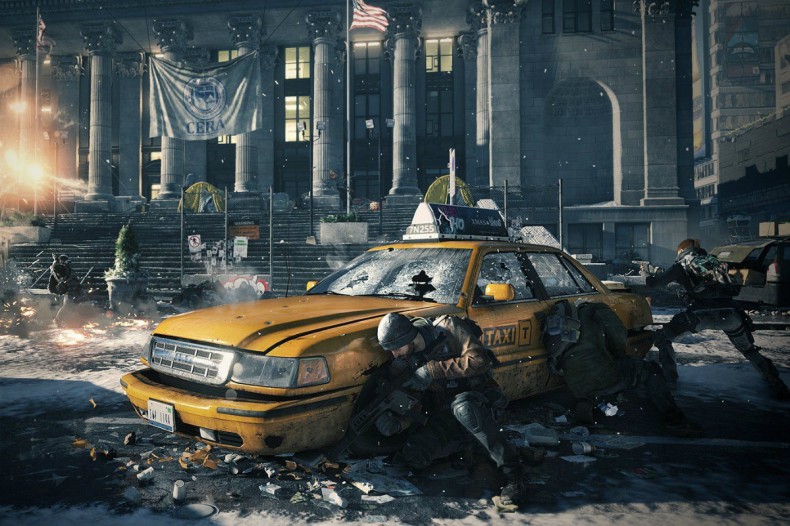 I was able to see live demos of Assassin’s Creed: Unity and Tom Clancy’s The Division at an Ubisoft fan event during E3, and let me say, I was absolutely floored by what I saw. It’s very clear that Ubisoft is one of the few AAA publishers/developers fully leading the charge to embrace the current generation hardware and leave last gen behind. Graphically, technically, and in terms of community features, both games are clearly not being held back by making sure they can run on last gen hardware and I couldn’t be happier about it.

Let me get one thing out of the way. We are now in the “current gen” of consoles. When I use that term, I very much mean Xbox One and PS4. PS3 and Xbox 360 are, and have been since November 15th and 22nd, last gen.

The first demo I saw was Assassin’s Creed: Unity which was the very same scenario we saw during Ubisoft’s press conference. I say “scenario” because while the set up, path and beats were the same, it was most certainly a live demo because the developer playing the game made mistakes; it definitely had those live demo moments where something didn’t go as well as planned. I make this clarification in order to eliminate any thoughts of “bullshots” and so forth. It was live and it was incredibly stunning. 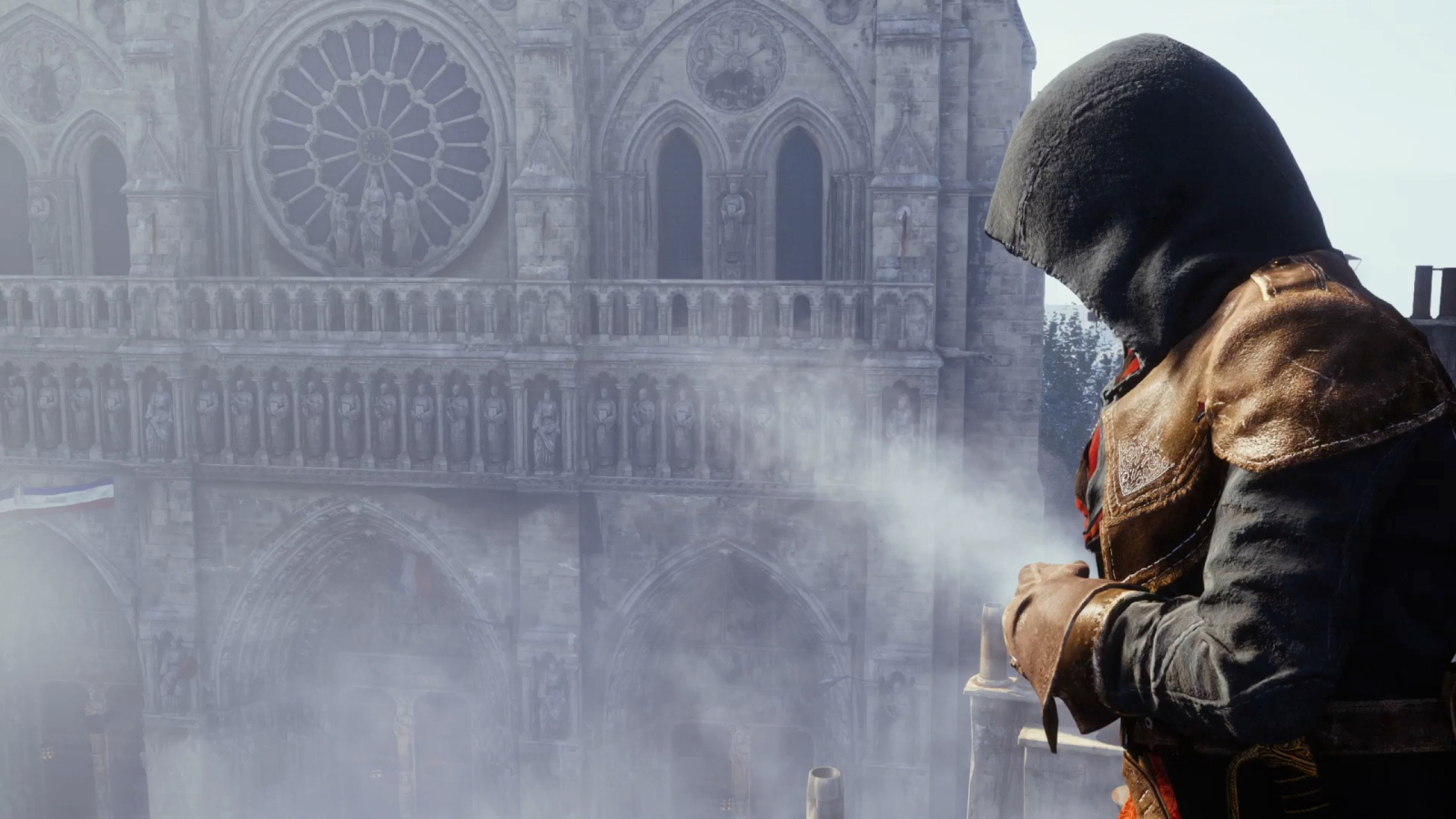 Look at the detail in the fabric and the way light reflects off its every curve. Yummy.

Lighting works wonders in this game and it goes a long way to show how amazing this game looks. No longer having that sheen that seems to come with video games of last gen, fabric looks fantastic. Incredibly detailed down to the texture and movement, light reacts realistically depending on the source. Sunlight washes the colors out a bit and lower light tends to give a deeper hue.

Movement looks much more fluid as well, and climbing and landing animations look to have a realistic heft to them. Also, it seems that the character no longer has to be perfectly lined up for parkour runs up walls. You can approach from an angle and realistically reach the next foot or handhold.

Then there are the crowds. Oh man, those crowds. According to Ubisoft, up to 5,000 AI-driven characters can and will appear on screen. Walking through them shows all of those aforementioned, amazing lighting effects on each and every one of them.

The details in the world are stunning as well. Every wall, every rock, every item has a grain and grit to it. Streets looked damp from rain, puddles reflected the open city skies. It’s just jaw dropping to witness. 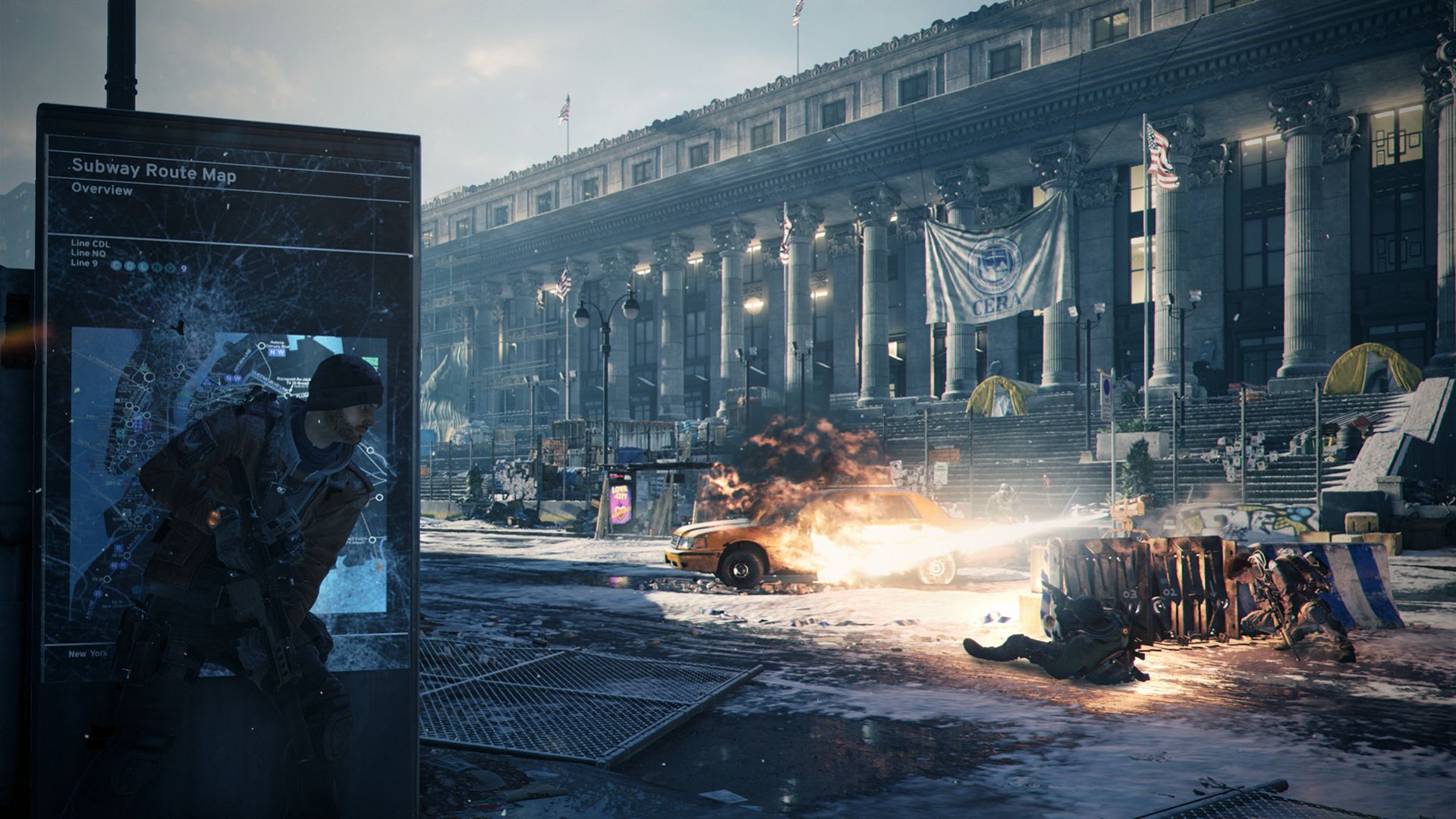 So many sources of light and details to soak up in this picture. The broken glass behind the player’s head wasn’t cracked like that until a bullet punctured it.

Next up was Massive Entertainment’s Tom Clancy’s The Division, which looked so good it made everything from Assassin’s Creed look unfinished.

I won’t waste time reiterating what we have all seen, but I will say that nothing does this game the justice of seeing on an enormous, full HD screen. Once again, the use of light is staggering here; coupled with textures and animations it makes The Division the absolute most photo-realistic game I’ve ever seen.

What is the most impressive is the way the Snowdrop Engine affects everything in the environment. Regardless if it’s glass of it’s concrete, bullets do damage. Glass will splinter and then shatter, chunks of concrete take flight as it bursts. It lends to a sense of immersion that is leaps and bounds better than anything we’ve seen in the past eight years on our old consoles. And even better, all of this is in a seamless open world. Watching the players go into a fully detailed, interactive subway tunnel only to emerge on the surface and engage in a fire fight, without any visible walls has me frothing at the mouth to see what else Ubisoft and other developers have up their respective sleeves.

For anyone who thinks these new consoles aren’t leaps and bounds better than what we just came off of, all I can say is: just wait. The future is coming and it’s going to be here sooner than you think.

Sean is a semi-retired hardcore kid, semi-grown up and transplanted from his original home of New York to Los Angeles. A lover and critic of movies, music and video games, Sean is always quick with an opinion, a heaping dose of snark, and a healthy dose of pragmatism. PSN & Live Gamertag: N2NOther
You might also like
Assassin's Creed: UnityArticlesFeaturesSean Mesler