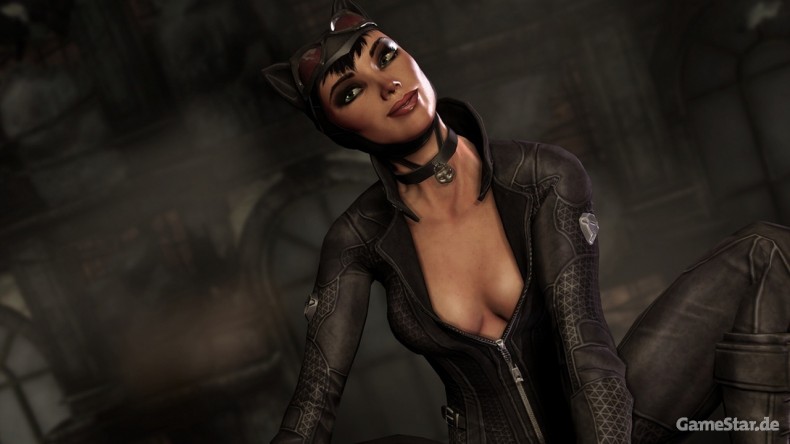 Ah, yes. The old battle for gender equality continues to this day in the world of video games. Gender issues are not something likely to just go away, and you may find yourself asking, â€œLaura, what are you talking about? Look at all the badass women we include in today’s games! We’ve even stopped over-sexualizing them. So what’s the problem?” While you are correct that women have been making large strides in the gaming industry, it’s those very same women placed as the protagonists that are the problem.

Sure, women in video games know how to swing a sword and aim and shoot without missing, and they even know how to solve great mysteries with their increased intelligenceâ€”all while looking absolutely beautiful. And therein lies the problem. Female heroes in video games represent other media (like films, TV shows, music, news, etc.) ideals of what a woman should look like. These women are flawless, their make-up is intact, their 28 inch waists support D cups and above, and they have tall, skinny frames. They’re almost like Barbies with guns, high heels tapping away and latex chaffing their thighs.

As someone who fantasizes about being a video game character (*Ahem*…Commander Shepard…) it’s disheartening to look into the screen and see that I will never fit the standard of a female hero. You’ve probably heard this mantra before: â€œWomen come in all shapes and sizes”. It is nothing but truth. Women in video games represent a small fraction of what we actually look like, but they create an idea of what weÂ should look like.

This ideology spans almost every video game out there from Mary Read in Assassin’s Creed IV, Â Lilith and Maya in theÂ BorderlandsÂ  games, Elizabeth in Bioshock Infinite, Â Samus in Metroid, Â Bayonetta, Â the Resident EvilÂ  series, pretty much all the ladies from Mass Effect, Â and the list goes on and on in an almost disturbing way. I stumbled across a list of the â€œ50 Hottest Video Game Charactersâ€ (note there is no mention of gender in the title). The author compiled a list of the hottest characters of all time, and not surprisingly they were all women. He trivialized these women by placing the importance on their looks rather than their skills. If their skills were mentioned, it was only used to appeal to guys (the horrendous attitude of â€œNerd Girls are amazingâ€). Tons of buzzwords were thrown around to describe these strong female characters: vixen, skimpy, massive cleavage, paper bagger, tight, etc. And of course Lara Croft topped the list. While Lara is definitely a bona fide badass, she’s still an impossible standard of beauty. Somehow, amidst all the animosity, women are still making strides.

Call of Duty: GhostsÂ  allows players to play as a woman. Infinity Ward stated before the new addition that it was not possible for women to be in the game. Explaining it was something to do with their engine not being large enough to hold more memory and the limited ability of their tools in the program, but I digress. This is a big step forward for women in games; you can now be a female soldier who is equal to the male counterpart. When I say equal, I really mean identical. They took the male soldier figure and placed the female skin over it. It’s an improvement, but not much of one.

A while back I discovered an articleÂ in which two female soldiers, Ashley Shaffer and Lisa Smith, were interviewed. They were asked about their impression of women in video games.Â The two marines bantered back and forth with the journalist, who is obviously playing Devil’s Advocate. They made comments on the women in Metal Gear Solid V: The Phantom Pain, Â stating that even though the women have guns, they sure don’t look ready for combat. They also mentioned how the men in their company reacted to the game’sÂ female characters, some even stating the females in their company need uniforms similar to those in The Phantom Pain.

The journalist shifts their focus to the new Call of Duty; Â the women are less than pleased with the newest addition. Ashley believes that it is making strides, but stated: â€œI wouldn’t expect a positive depiction of female soldiers in the games that I play for another twenty years.” The women discussed the female soldier in the GhostsÂ Â teaser trailer, seemingly disgusted with her appearance. Lisa made a comment about her makeup: â€œOK, seriously, who wears that much goddamn makeup while in combat?” She’s right, why are women made to look perfect while in combat? If this were real life you wouldn’t be concerned about that in the middle of a war, a zombie invasion, an alien attack, whatever; you wouldn’t have time to stop at a mirror and critique your looks, so why bother doing that in a video game? 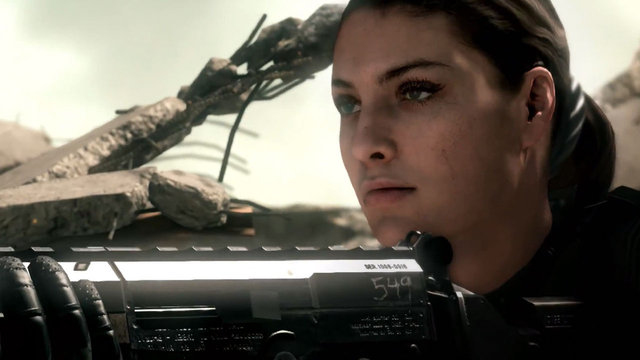 The â€œwhy botherâ€ question is easily answered by the soldiers, insisting that it’s a male-dominated industry. To increase sales of a game that feature a woman protagonist, she has to be attractive. The marines commented on the new Lara Croft. â€œ…I can guarantee you that the only realistic woman we’ve gotten so far who has actually experienced combat, and experienced hardship, is the new image of Lara Croft.” While she is right about Lara being a strong figure, it’s also worth mentioning what she looks like. She has perfect proportions, not a flaw on her face, and embodies the ideal standard of beauty. She would not be as popular if she was less attractive. She also would not be as popular if her outfit consisted of a T-shirt instead of a tight tank top that exposes her perfect physique.

The interview continued with the journalist trying to point out other strong female leads, such as Commander Shepard. The women strike that down stating FemShep is nothing but a female reincarnation of the original male Shepard. On the subject of Mass Effect, Â why are all the female aliens from Planet of the Babes? Why would interstellar anomalies be absolutely stunning and very human-like? The disturbing thing here is that only the female alien love interests are immensely attractive. Garrus and Thane, the two most lovable LIs, are lizard men. Albeit, Garrus is most likely the love of my life and he’s completely adorable, but he’s essentially a turtle man. There’s nothing physically attractive about him (unless you like mandibles); it’s his personality and relationship that he builds with Shepard that makes him the best romance. 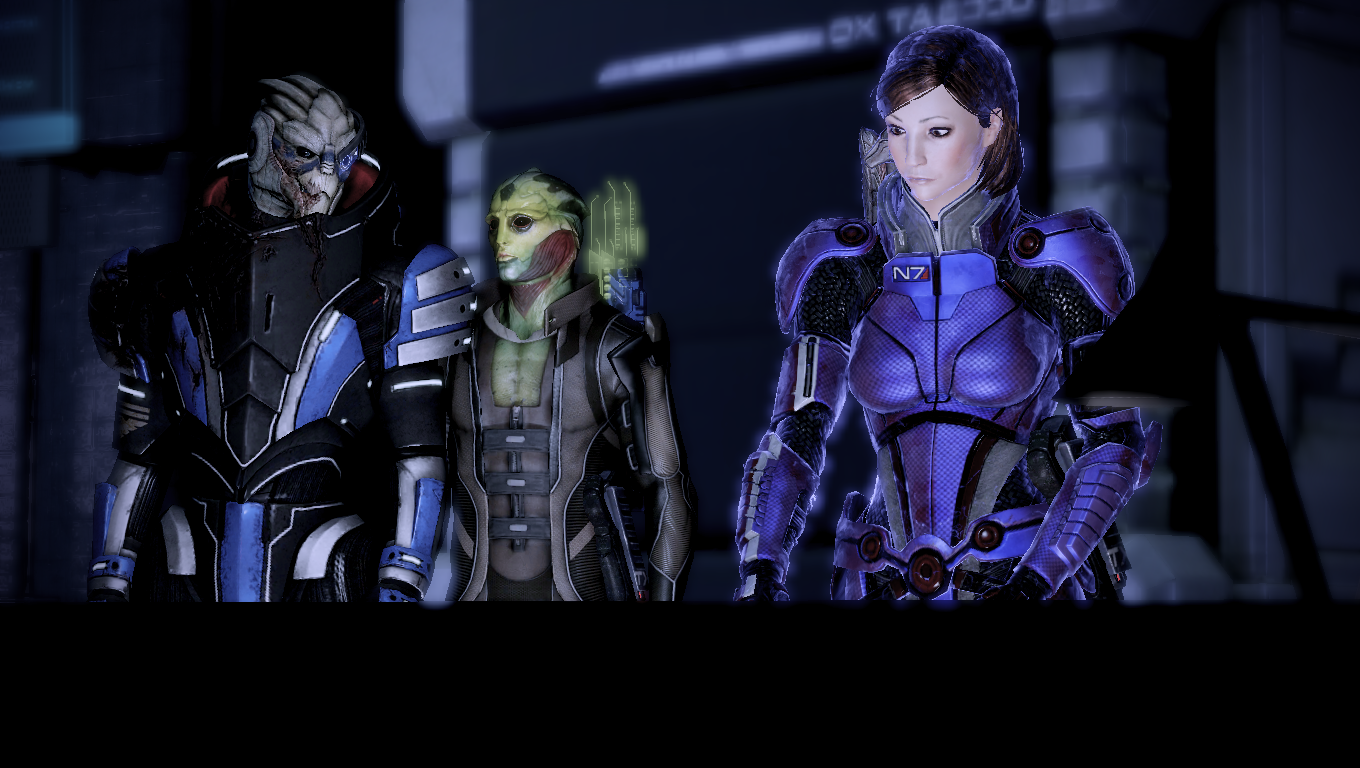 Liara and Tali, on the other hand, are stunning. Their humanoid bodies support small frames with large hips and breasts. While they are both capable soldiers and have achieved quite a lot in the world of Mass Effect, Â their looks are the only thing people talk about. Players don’t choose to have a romance with them because their story lines and personalities are intriguing. They choose them because of their level of attractiveness. Place their personalities in a female Turian or Drell, hell even a Hanar or Volus, and their popularity goes down. 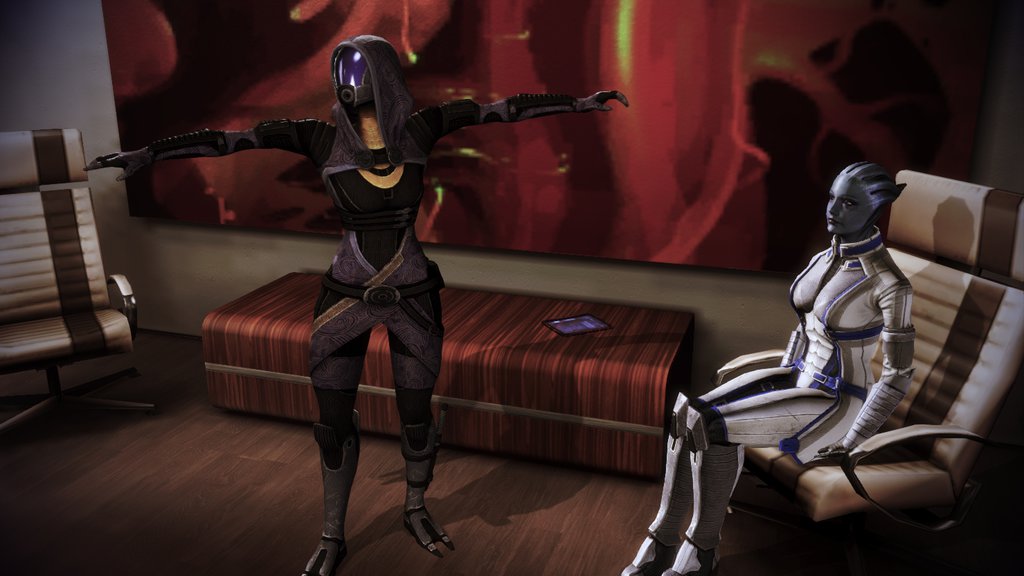 The industry panders to male audiences, as the the female marines in Cottrell’s article stated. â€œIt’s because you have men who are designing these games in the first place.” The idea of what a woman looks like comes from what they should look like, i.e. what men want them to look like. It’s an unfortunate truth in the video game industry. Luckily, there are women and men alike all combating this subtle type of sexism that is still prevalent in games today.

Though female developers are low in number, the industry is still headed in the right direction. These men and women are designing games that battle issues with gender and submitting them to Gender Jam 2014. Gender Jam highlights games that deal with gender issues and experiences each and every designer has encountered. This game jam is not so much about competition, but really bringing the issue of gender to light. This is a perfect opportunity to further increase the presence of women in video games and hopefully change the way women are depicted. Check out Gender Jam here or follow @deviever on Twitter.

ContributorLaura is a History student at Central Michigan University. When sheâ€™s not dishing out delicious cafeteria food to hordes of obnoxious freshmen or baking up cookies for drunk partygoers, sheâ€™s at home relaxing with either her computer, Xbox 360, or 3DS. For as long as she can remember sheâ€™s been holding a controller. From NES to Xbox 360, she canâ€™t remember a time before she loved video games. She can invest hours upon hours in RPGs (her favored genre), especially those brought to you by BioWare. Her only long-term goal is to become Commander Shepard and explore the final frontier.
You might also like
call of dutyArticlesFeatures