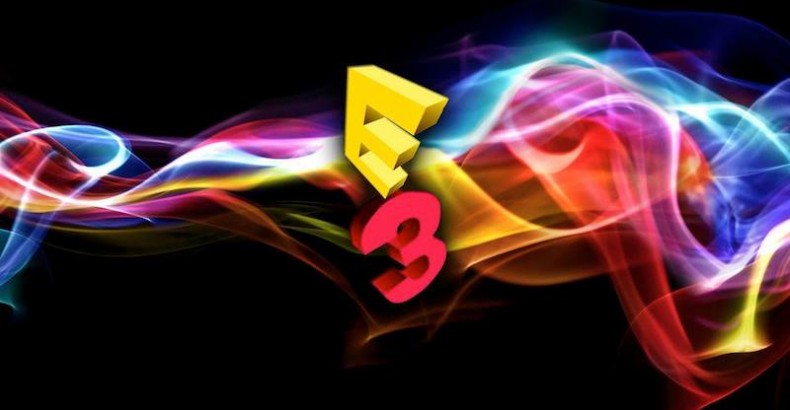 E3 2014 has come and gone. An abundance of new games were announced, and all those who sought justification for their newly purchased consoles can take a sigh of relief. New games are coming and they all look fantastic. But even with the onslaught of new games, E3 2014 was not perfect. Here is what we here at SpawnFirst wanted to see, but didn’t, at E3.

the Xbox 360, it was Gears of War  that pushed me into the next generation. I remember the first time I saw gameplay of the devastatingly beautifully world Epic created, unaware of the impact this game would make on the industry. Epic’s former franchise is one of Microsoft’s most popular exclusive games, and for good reason too. The adrenaline of charging your chainsaw and sprinting into the thick of battle, hoping to see that brutally rewarding animation was one of the highlights of the previous generation.

Recently, Epic sold the rights to the Gears of War franchise to the new formed studio Black Tusk. The timing seemed perfect; announce a next-generation Gears of War  at the beginning of this generation to keep continuity with the last. Gears of War  showed to be a system seller for the Xbox 360 and the Xbox One needs  that kind of system seller to beat Sony. Because of this I really thought, at the very least, a teaser trailer would have been shown of a new Gears game. Sadly, this was not the case.

Even before Halo 5: Guardians  wa

s announced it’s been rumored, since last year’s E3, that Steven Spielberg was so impressed with the Halo franchise that he planned to start directing his own TV series set in the Halo universe. This was also partially because of the overwhelming success of the mini web series to promote 343 Industries’ Halo 4, called Forward Unto Dawn, which is also the name of a ship that Master Chief became stranded on.

The web series itself was incredibly well done, evoked a lot of emotion, and featured all the epicness of Master Chief and the first war with the Covenant. Steven Spielberg himself is legendary for the films he directed. And if one little web series became so popular, imagine what Halo might become under him.

‘Just Cause 2  sucks so much’ I read on a forum before I went out and bought it. I had played the first Just Cause  not long before that and I didn’t think it sucked, but a lot of it certainly did. Just Cause 2  interested me because I had the seen the beautiful world and grappling hook it features in commercials and pretty much thought to myself, Hell yeah. I bought it, loved it, and have completed it four times. It’s one of my favorite games from the last console generation. I’ve been waiting for a sequel ever since, and I thought this year’s E3 would be a prime opportunity for Square Enix to announce one, but no dice. Just Cause 2  was very successful, selling over three million copies, so I don’t understand Square Enix’s reluctance to announce another installment. Oh wait, yes I do, they’re Square Enix, one of the most misguided video game publishers on the planet. As long as they’re still focused on the Final Fantasy series, which is quickly becoming irrelevant, they won’t allow a breath of fresh air back into their lineup again. I mean, kudos to them for shockingly approving Rise of the Tomb Raider, but folks are still waiting on news about Dragon Quest, Kingdom Hearts, Star Ocean, and Deus Ex. And I’m still waiting for Just Cause 3.

I took the plu

nge to buy a Vita last year and was immediately pleased with it. I basically turned it into a pocket-sized indie gaming machine. I love playing indie games, but once I get on my console I usually defer to playing AAA titles. Purchasing a Vita allowed me to have fun with indie games while away, and once I came home I was able to play the larger titles on my console. Even though I loved my Vita, it began to grow stale.

While the indie games were fun, I felt like the Vita needed more games built specifically for the console. Titles like Persona 4: Golden  and Uncharted: Golden Abyss  were great, but there are not too many other games like those on the system.

This year at E3 I was hoping Sony would announce more titles like these. Possibly an Infamous game or a God of War would prove to be great fun on the Vita. Instead, the system was hardly mentioned in their press conference at all. It seems as though Sony has given up developing first party titles for the Vita altogether, which makes me really bummed.

For being such a powerful machine, I want to see better games on the system. I know the Vita has the power to do a lot, but Sony just doesn’t seem to want to put it to the test. While my love for indie gaming on the Vita will continue, I was extremely saddened to see that the handheld may not have much of a future left.

The Last Guardian
Back in 2009 when I first gazed upon The Last Guardian  at Sony’s E3 press conference, I would have never thought that five years later I wouldn’t know much more about the game than I learned that day. I also would’ve laughed in your face if you told me that no new footage would be shown after Tokyo Game Show in 2010. Unfortunately, this the reality of Team Ico’s highly anticipated project.

Prior to E3, rumors emerged about the cancellation of the long delayed IP, one being an erroneous article by IGN simply titled “The Last Guardian Cancelled.” The claims were immediately refuted by Scott Rhode, the head of Sony Worldwide Studios America, causing the media outlet to issue an apology. When no inform

ation was presented at E3, Rhode stated that the game is in development, and that Fumito Ueda has created something great that will take time to finish.

It’s relieving to know that The Last Guardian  is still in development, especially considering the few cancellation scares there have occurred during its long creation process, one of them being creator Fumito Ueda’s departure from Sony back in 2011. I understand that the project has suffered many technical difficulties, some resulting in entire portions of the title being redone, but it still would’ve been nice to at least see how far the game has come despite its obstacles. It would’ve been awesome to know which console it was being made for since much uncertainty has risen after the launch of the PS4. I would’ve even settled for a brief mention during the presser, but I got nothing that I didn’t already know.

I respect Sony and Team Ico’s silence, and how they don’t want to show off anything until they’re sure it’s acceptable for the public, but I still wish they used a small portion of the conference to discuss The Last Guardian  and provide some updated information. It would’ve only strengthened an already stellar E3 media event from Sony.

The Legend of Zelda: Majora’s Mask 3D
After the beautiful remake of The Legend of Zelda: Ocarina of Time  released for the 3DS, director Eiji Aonuma said doing the same for Majora’s Mask  was not an impossibility if the demand was there. After hearing this, a fan campaign called Project Moonfall launched, promoting the remake of the beloved game. More than 10,000 fans signed the petition within the first five days, resulting in Nintendo releasing a statement that no official announcements have been made in regards to a 3DS version.

After Miyamoto announced he would be doing a 90 minute presser on a new 3DS game, my heart skipped at the thought of it being a Majora’s Mask  3D remake. I then came to my senses, realizing that a remake would never need a full hour and a half to be shown off, leaving me hoping fo

r an announcement at Nintendo’s Digital Event. All I got from the event, and so far from E3, are tiny hints that I’m probably looking into way too much.

Despite an incredible showing by Nintendo, which included a new Zelda title for Wii U and a North American release date for Hyrule Warriors, I’m a little bummed that there is still no confirmation of a Majora’s Mask  3DS remake. Since so many fans want to see this made, so many subtle clues have been dropped, and Ocarina of Time 3D  developer, Grezzo, has been silent as of late, I figured that I would finally see a reveal for this title. Though the absence of the announcement saddened me, I’m still shaking with anticipation to play the new installments in the series that were shown.

Associate Editor Jake is a graduate from Central Michigan University where he earned his B.A. in history. He loves reading, writing, and playing video games (of course!). He's a sucker for a good single-player experience and devours video games at a ridiculous rate.
You might also like
E3ArticlesFeaturesAdam Dawson