Which Console Has the Best Exclusives? 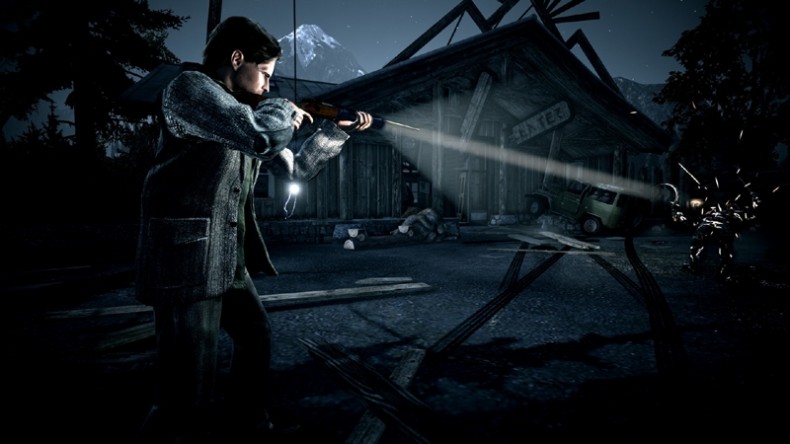 It may not have seemed possible, but the Sony/Microsoft console debate is reaching new heights. Especially with the Microsoft DRM backtrack, the odds aren’t so clearly stacked in Sonyâ€™s favor. A look at the specs show a few advantages for Sony, such as the lower $399 price and no mandatory game installs, but the stronger online community easily goes to Xbox Live and Microsoft tends to get more exclusive launch titles and DLCs. Â So how do you decide who you should break the piggy bank for? Itâ€™s got to be the exclusive back-titles that create opportunity for great sequels or downloadable content, and Iâ€™m here to tell you who has the edge.

Note: This comparison also includes console exclusives, so if itâ€™s on PC and Xbox itâ€™s still on this list as long as it’s not on both consoles.

Coming in at number five are Alan Wake and Heavy Rain. These titles both have unique twists to their gameplay. Alan Wake adds a flashlight mechanic to traditional 3rd person shooting, forcing you to burn the darkness off of your opponents before blasting away. Heavy Rain adds a dynamic twist to interactive storytelling, expertly balancing quick decisions and prolonged, gut-wrenching sequences. The games are both single player, campaign-focused titles but Alan Wakeâ€™s American Nightmare offers an exciting and challenging Arcade mode that keeps you coming back for more and bypasses the seriesâ€™ sometimes shoddy dialogue.

Winner: Heavy Rain. It wins with its multiple play-throughs worth of gameplay and the standards it sets for both voice work and storytelling. Alan Wake feels just a bit too campy to win out over the smart and original Heavy Rain.

These titles are both pillars of sandbox gameplay. Minecraft may ward off some with its lack of structure and framing, but the

possibilities are nearly limitless if you can set your own goals and find your own experiences. Its multiplayer fun is almost unrivaled and Iâ€™d be hard pressed to think of a time when I had a more exciting or hilarious experience with friends. Infamous anchors its action around a moral choice system and free flowing platforming. Though the game doesnâ€™t always present the sort of morality blurring choices you see in Telltale Games’ The Walking Dead, itâ€™ll still make being all good or all evil difficult. The gameâ€™s action is fun and engaging and you could quickly lose an hour doing side missions.

Winner: Minecraft. The developers are constantly releasing game changing content and the possibilities are only limited by your imagination. This makes it a must have over the solid Infamous series. 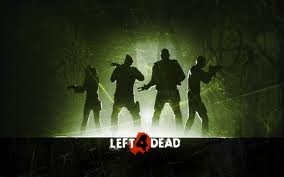 Metal Gear Solid 4 may be unsurpassed as far as graphics and story depth. The player could easily leave the controller down and go pick up a pizza during one of the gameâ€™s sometimes long-winded cutscenes. Its stealth and action gameplay allow for multiple solutions to the same scenarios and multiple styles of gameplay. It also boasts a deep and unique online gaming experience, but much of the content requires a secondary purchase. Left 4 Dead on the other hand is an almost entirely multiplayer experience. The AI is more than competent enough to get you through the game but knowing that you have your friends by your side when the tank music queues up is a far more enveloping experience. The AI Director also keeps the same levels feeling fresh during the many times you’ll be re-visiting them.

Winner: Metal Gear Solid 4. The gameâ€™s stunning and unsurpassed visuals, deep story and engaging gameplay make it a clear winner despite the strengths of Left 4 Dead.

These are two exemplary titles. Gears of War is a tight, well designed shooter with solid controls and great mechanics. The levels are

huge, beautiful and engaging. Battles demand strategy and a quick understanding of your surroundings.

The Last of Us main characters Joel and Ellie

There are fun, clever boss fights,Â including one where you lure a huge opponent out into an open courtyard in order to triangulate a weapon that rains down an energy beam of destruction. The Last of Us is even more engaging. Realistic, powerful characters draw you into a gritty and bleak world, where anything and everything is done to survive. You constantly question your allegiance to the characters as the line continues to blur between you and the monsters you try to escape.

The gameplayÂ is inventive, but sometimes difficult to grasp. Itâ€™s not always clear how some opponents will respond to certain tactics, but such is the nature of innovation, and this game has that in droves. Both games support a deep and addictive online mode and while Gears of War has the history and fan base behind it, The Last of Us has its unique game style and an eager constituency to give it life.

Winner: The Last of Us. The unique combat system and potential for a powerhouse sequel or DLC demands that you get in on the ground floor instead of sticking with the potentially stagnating Gears series. Also did I mention how beautiful the game is? 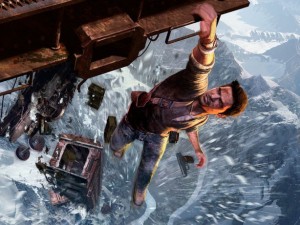 These are the two undisputed titans of their platforms, even with The Last of UsÂ banging on the door as number 2. These games so perfectly blend storytelling, gameplay, voice work and a thrilling online universe that they fully justify console purchases on their own. Halo is a masterful sci-fi world that opens up new doors in first person shooting and multiplayer experiences. The controls are so tight that they are essentially the textbook and there is a wide array of level designs. Uncharted is slightly more focused on the cinematicÂ with a huge list of scripted but heart pounding cinematic events. The gunplay is challenging and unique, allowing for a cool blend of stealth and shootouts. The main characters of these iconic series are so synonymous with gaming excellence that you couldn’t go wrong with either choice, but one does stand head and shoulders above the other.

Winner: Halo. Halo is such a vast, engaging and well-crafted experience with loads of back catalogs and game modes that itâ€™s hard to beat. The online experience is second to none and the co-op campaign pushes it above the largely single player experience of Uncharted.

So Sony wins out, 3-2. Itâ€™s also worth noting that Sony has larger list of exclusives and the wide majority of Microsoftâ€™s best games can also be played on the PC/Laptop you likely already have. That means you could settle down with Sony and still enjoy Gears, Halo and Minecraft on the PC.

Contributor John is a third year journalism major and a fifth year policy debater, but gaming is his passion. He firmly believes that the PS2 is the finest console ever made and will defend to the death that playing Pokemon is not and never was lame. He owns every current gen console and is excited for the advent of the PS4 and Xbox One. He enjoys action-adventure and survival horror, but can hold his own in a discussion about nearly any genre. He listens to a surprising amount of alternative music and can fix a mean bowl of Frosted Flakes.
You might also like
exclusives

Xbox One Vs PS4 Exclusives