Why One Console May be Enough 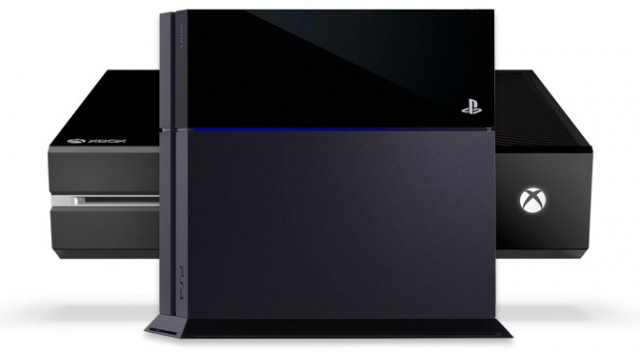 Sometimes buying a new console requires you to take a new lease on life.

With a flurry of new entertainment boxes making their way into our living rooms this coming holiday season, itâ€™s awful difficult to believe that a lot of young game-enthusiasts like myself will have enough dough to throw down close to $1000 for these two pieces of hardware.

This will force many of us to pick just one console and make that our home for gaming.

When a gamer makes the decision to adopt this philosophy, it becomes that much easier to fully immerse oneself in the game library that that console has to offer. Meaning that less indie games will fall through the cracks and youâ€™ll have a much easier time enjoying every exclusive your console brings to the table.

I think that I may have to adopt this mantra in light of the cost and wealth of content native to these boxes.

Mind you, some games are part of genres which may not appeal to everyone, but the exclusive titles native to each console are major factors in determining whether or not an Xbox or a PlayStation will garner commercial success.

Oft times, console preference is based on the exclusivity of titles

Will I miss out on the newest addition to the Gears series? Probably. But you can bet good money that Iâ€™ll play the living hell out of the next Uncharted.

With new games being released weekly, in both the retail and digital spheres, there is astounding evidence supporting the fact that gamers have a wealth of material at their discretion to consume, albeit needing only their hard-earned dollars to obtain.

It goes without saying that in order to justify the cost of, say, a $400 console such as the PlayStation 4, you need to be able to donate enough time to the darn thing to make it worth your while. There are too many games that are being released that desire the attention of gamers who own one entertainment box too many, in the search for anything that will quench their thirst for leisure.

Now, if you have enough cash to drop $1000 on these two consoles come Fall, then go right ahead because youâ€™re ahead of the curb and this article need not apply to you.

For others like myself (full-time students), Iâ€™ll be incredibly happy to own but one of these consoles when they release this Fall, and for me thatâ€™ll be the PlayStation 4.

Will I ever purchase an Xbox One? Of course!

I am in no way condoning fanboyism, but owning one console and fully appreciating it for all its worth, is the real message I want you to walk away with after reading this.

Former Contributor Studying Biomedical Engineering and Mathematics at the University of Arkansas. Interested in a career in dentistry, videogame journalism, and music. ~ yes, all three. Oh, and he's also Canadian.
You might also like
PlayStation 4ArticlesOpinion