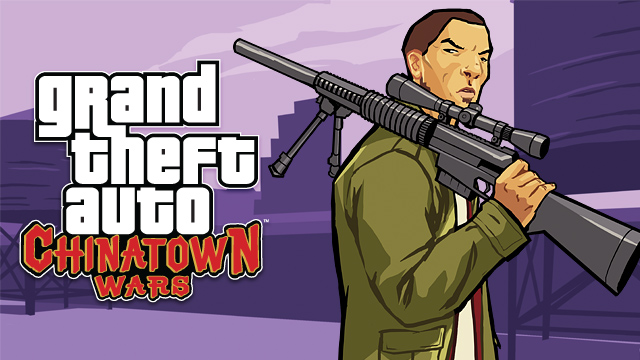 The story kicks off with your character, Huang Lee, arriving in Liberty City. After narrowly escaping death and losing a family heirloom in the process, you meet with your uncle and begin your journey to succeed as a Triad and reclaim said family heirloom. 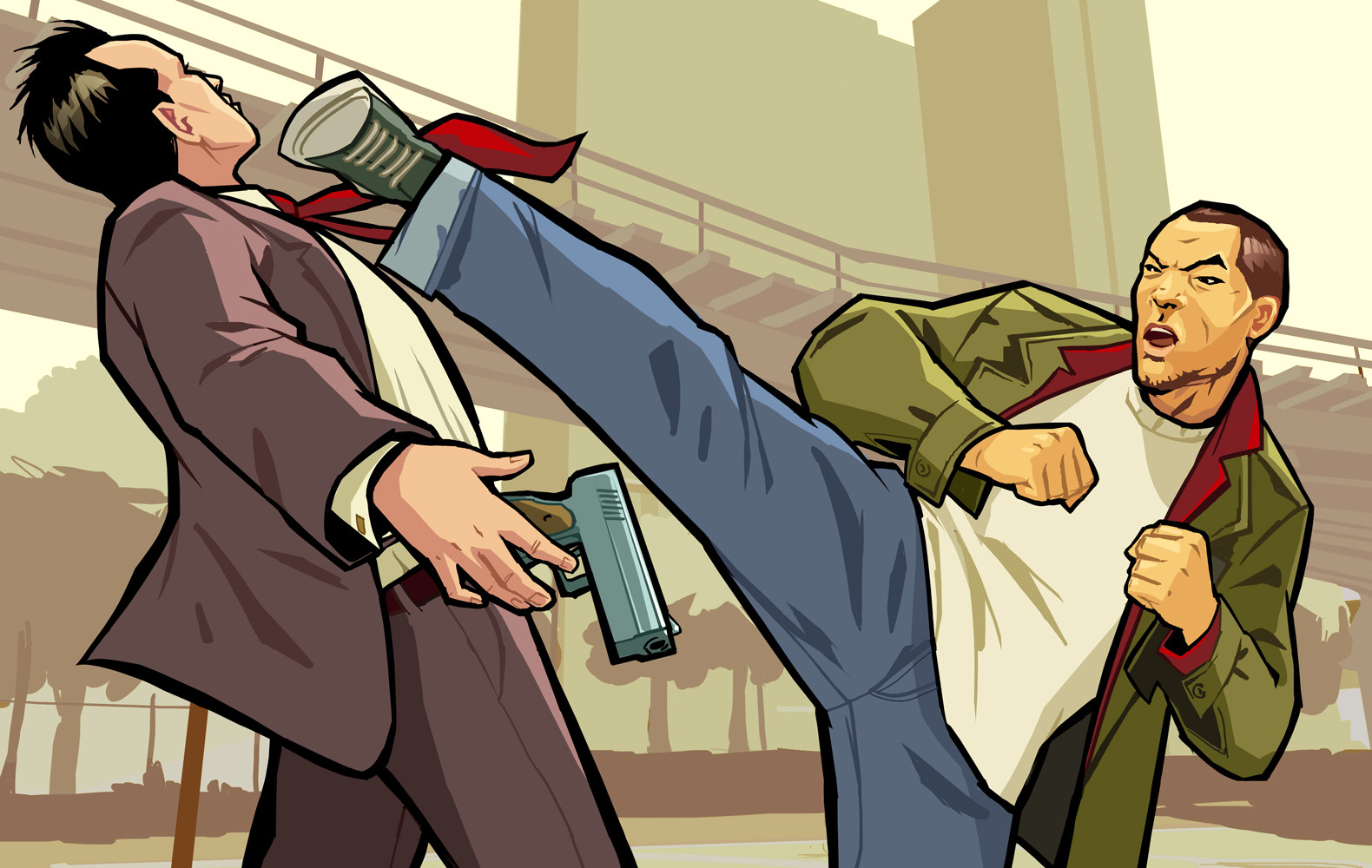 “Have you seen my family heirloom? It’s a sword! Maybe I’ll ask your face with my foot.”

If you’re put off by the fact that this game uses a top-down perspective, like its 90s predecessors, then let me assure you this is very much a modern GTA game filled with content and set in a fully featured Liberty City. If you’ve spent a lot of time playing Grand Theft Auto III and IV you’ll feel right at home back in Liberty City.

The mission structure offers lots of variation so you’ll always find yourself doing something different, but if you do decide to take a break from the main story there’s still tons of other content to uncover. Rampage missions, for example (which many of you will be familiar with from previous GTA games), give you an allotted time to kill rival gang members with specific weapons for maximum carnage. If you just want to explore Liberty City you can drive around and try to uncover all the stunt jump locations. If you’re after a quick buck, head into one of the many shops and you can try your luck with a scratch card (or several) where the prizes often vary from money, health and armor; if you get really lucky you might even win a safe house. If you were disappointed with the lack of buyable safe houses in Grand Theft Auto V you’ll be pleased to know there are plenty scattered throughout Chinatown Wars.

When you pause the game you’ll be greeted with your own PDA where you can receive in-game e-mails, view the map and place waypoints. You can even order guns online and have them delivered directly to a safe house, which is a really great feature if you don’t feel like making the trip to Ammu-Nation. Navigating the city couldn’t be easier because points of interest are highlighted on the map, which you can make waypoints to. If you don’t feel like driving you can hop in a taxi and either enjoy the ride or skip the trip.

After you’ve completed a few missions and acquired a bit of capital you can try your hand at drug dealing. You’ll often receive in-game emails that will either tip you off when dealers are selling cheap contraband or tell you when a dealer is after a certain product, which could lead to you making big money. The idea is to work the system, buy low and sell high, which is sometimes easier said than done. Be careful though as some dealers will be working with the police and after completing a deal with them you’ll immediately acquire a two-star wanted level. You can usually figure out which dealers are affiliated with the police as they’ll be cops on foot patrol around the surrounding area, so it’s often best to scope the area before you begin a transaction. However, this method isn’t completely fool proof. If you get busted with any drugs on you they will be taken by the cops, so it’s best to keep high amounts in your safe house stash until you’re ready to make a deal 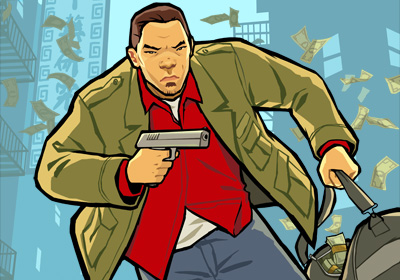 “If I zipped up this bag, maybe, just maybe, my money wouldn’t blow away…”

While Chinatown Wars does lack voice acting it still maintains Rockstar’s unique brand of humour. The comic style cutscenes are really a stroke of genius. They’re just short enough to hold your attention while at the same time furthering the story and provide comic relief. Disappointingly, the radio stations are very bare bones with no radio hosts or full songs present. The graphics are surprisingly great. If you can play it on the PS Vita the bilinear filtering option on the PSP emulation software will eliminate most of the pixelation.

The gunplay for the most part works fine, but occasionally you’ll find yourself locking on to an enemy that doesn’t pose as much of a threat as one closer to you. While certainly frustrating, you can switch between targets with the D-pad so thankfully it’s nothing game breaking. The game never feels too overwhelmingly difficult, but if you do happen to die or fail a mission because of an aiming mishap it can be retried instantly by pressing the select button. Once you’ve restarted a mission there’s often a “trip skip” feature, usually if there was a particularly long drive involved.

Why It’s Worth a Play

If you’re hankering for some portable GTA action then Chinatown Wars is definitely worth a shot. If you can’t decide between the three PSP GTA games that are available, then don’t overlook this one because it offers just as much as Liberty City Stories and Vice City Stories, if not more. Returning to the top-down perspective of the series past just adds to its charm.

Senior Staff Writer Karl has been an avid gamer since the days of the original PlayStation, it's a passion that took ahold of him at a young age and one that never let go. When he isn't playing games he's usually writing about them, or listening to The Killers. Metal Gear Solid is quite possibly his favourite gaming series of all time, having only initially purchased a PlayStation 3 to be able to experience Metal Gear Solid 4.
You might also like
chinatown wars