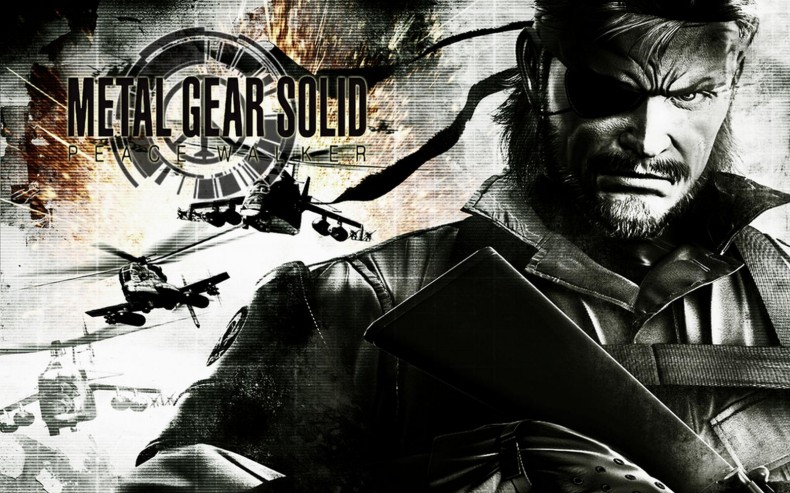 If you’ve played a Metal Gear Solid game before you will know that the story isn’t always as straight forward as things may first seem, so, without going in to too much detail the game takes place in the year 1974. Naked Snake a.k.a Big Boss is under the command of a new mercenary group that go by the moniker Militaires Sans Frontieres (Soldiers Without Borders), or MSF. The bulk of the game takes place in Costa Rica as the country has no army of their own. They hire MSF to protect them from an incoming attack. Whilst there, Snake discovers a recording that leads him to believe his mentor, The Boss, may still be alive. And in true Metal Gear Solid fashion a Metal Gear is of course involved. Snake doing what Snake does best!

Most third-person action games on the PSP suffered due to finicky controls and poor camera angles because of the lack of a second analogue stick. So if you get the chance to play it on the PS Vita I fully recommend experiencing the game that way as the excellent PSP emulation lets you assign the right analogue stick to the camera. Or you could grab yourself a copy of Metal Gear Solid: HD Collection for Xbox 360 or PS3. I personally prefer to play Peace Walker on a handheld as the shorter mission structure allows for any length of play session, which is perfect for the Vita/PSP.

The re-addition of recruiting enemy soldiers to become a part of your own personal army, which was first seen to a lesser degree in Metal Gear Solid: Portable Ops, but has since been largely improved upon, is a great feature. Recruiting soldiers to try and make the perfect Research and Development, Intel, and Medical teams to help provide you with better gear is a fun meta-game in its own right. Building upon your own personal army and expanding your mother base is something you can lose many hours to. Especially when you feel confident enough to begin deploying said army into outer ops missions, which can offer you greater rewards. Mother base in all her glory. Your center of operations.

As this was originally a PSP game the graphics won’t blow you away by todays standards, but that doesn’t make the game any less enjoyable. One of the things missing from Peace Walker is the true cinematic cutscenes we’ve all come to love from the Metal Gear Solid series. Instead, they are replaced with the comic book-style cutscenes you’ll be familiar with if you’ve played Portable Ops, or the Metal Gear Solid: Digital Graphic Novels. These are just as effective at portraying and progressing the story as the regular cutscenes of the series past. However, watch out for the quicktime events that occasionally occur as they may catch you off guard.

Why It’s Worth a Play

Metal Gear Solid: Peace Walker is bursting with tons of content, and whilst at times certain mission can get tough if playing on your own (four-player co-op is an option during most missions, which sadly I have not been able to try) it’s worth persevering to fully experience everything Peace Walker has to offer. From the main story, to extra ops, to building your own army, expanding the mother base and completing outer ops, it’s a game you can and should dedicate a lot of time to.

Senior Staff Writer Karl has been an avid gamer since the days of the original PlayStation, it's a passion that took ahold of him at a young age and one that never let go. When he isn't playing games he's usually writing about them, or listening to The Killers. Metal Gear Solid is quite possibly his favourite gaming series of all time, having only initially purchased a PlayStation 3 to be able to experience Metal Gear Solid 4.
You might also like
Ground ZeroesArticlesFeaturesKarl Dodds