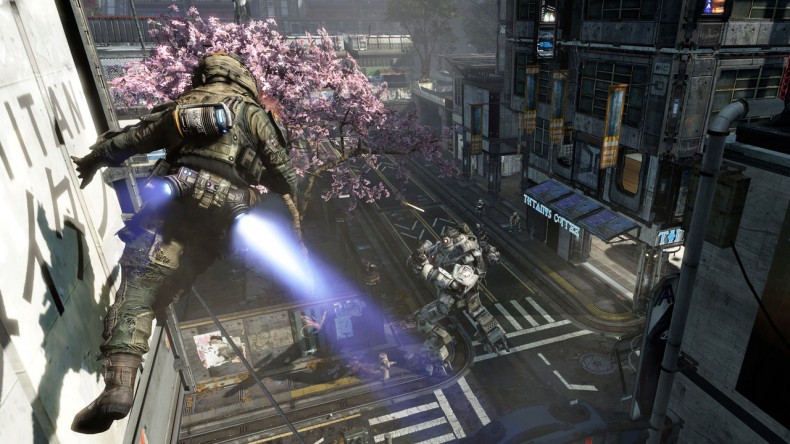 In time we hate that which we often fear

Yup. Itâ€™s getting a bit out of hand. The Xbox One and Microsoft bashing is hitting an all-time high. Gifs like the one below (definitely influenced by the recent news of the MS exclusive Titanfall rumored to also be running at 720p) are becoming the norm, paralleling the news these days.

Now objectively, people have to understand that MS is currently going through a maelstrom of bad PR. Recent statements by Albert Penello, Aaron Greenburg, Mark Rubin, famousmortimer, and many others have not helped to quell the Xbox One bashing in full force. A lot of Xbox One hate is stemming from:

All these in itself are important news topics, so people shouldnâ€™t be surprised that this information is making headlines. Itâ€™s a hot topic. People want to read about it, and therefore, sites like ours and others will report on it. Comparatively, the PS4 PR mishaps and functional issues have been few and far in between. But they are there.

Reports of external drives not being supported for storage on the PS4 seem to have gone under the radar, whereas it should have been a bigger news item. Bluray/DVD playback, certain headsets not working, possible issues with overheating (currently shot down by PS4 game devs), the lack of aÂ  suspend/resume feature, lack of CD-rom and MP3 support not being available at launch, or at least not available without requiring a day 1 patch are concerns, no doubt.

But yet, weâ€™re stuck with the 720p/1080p arguments, which from a distance seen by the average consumer might seem to be a minor issue, is now being elevated to unreal proportions by the PlayStation crowd, and even some from within the Xbox One camp.

Sure, the Xbox One is a slightly less powerful system, it costs slightly more than a PS4 (only $40 more, considering if you want to correctly compare the two, you should add on the PS4 camera to the PS4 package), but as we get deeper into the dev cycles of the system, there will no doubt be more graphical and audio fidelity improvements made to the Xbox One as developers start to understand how the console works, and they figure out technical tricks and shortcuts to get the most out of the system.

As always, the tables can turn later on in a consoleâ€™s life, as weâ€™ve seen happen with the PS3 with the Xbox, so you never know. So why the clamor? We all win as gamers, seeing as our favorite consoles will be coming out soon, and after the (hopefully) smooth console launches, gamers wonâ€™t give two craps about which version has the better resolution, runs faster, or has better graphicsâ€¦

Weâ€™ll still be fighting over that aspect; the never-ending tug-of-war for console supremacy fueled by over-zealous fanboys on both sides. As long as there are camps to set your flag in, weâ€™re always going to hear these arguments.

Well, just do what I do. Cover your ears, enjoy the systems for what they are and what they offer, and make a decision for yourself. And to get this out of the way, personally, Iâ€™m going for the PS4 first, since I havenâ€™t heard it having as many issues as its green-tinged counterpart. But I do promise you this: after MS addresses the initial alleged issues with the system (and when the cost comes down just a bit), I most assuredly will Â be buying an Xbox One, and will be enjoying the bejesus out of Forza 5, Killer Instinct, Halo 5, Ryse, Titanfall, and many other choice games announced, and unannounced, alike.

Because I still think that the Xbox One will have so much to offer us. And the potential that it has, whether related to gaming, apps, services, or features and functions, might just wow us during the next few years.

Founder/Consultant Growing up in different countries, Karam has a unique global perspective about gaming. He brings with him that set of eyes and ears that can look at the state of gaming from afar. His gaming loves cover just about every genre, and he is a constant presence on Xbox Live and PSN. Karam is a Systems Administrator by day and lives in Georgia with his wife and three children. By night he transforms into Aye Karamba (Live) or Aaqiloon (PSN), and his virtual aliases live online.
You might also like
Aaron Greenburg