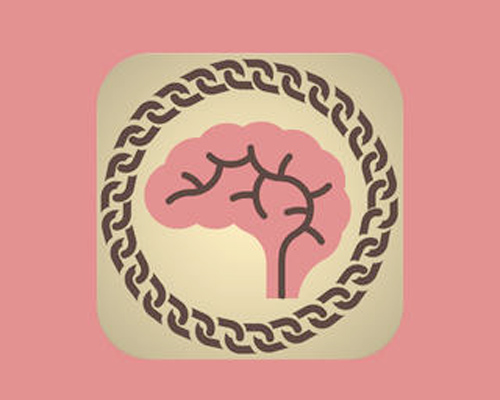 The latest craze in trivia gaming has arrived, and its name is Brain Chain. No longer need we languish, pained by lack of a word game obsessed with rhyming. Cast off your Guess the Emoji shackles, friends, for today we play Brain Chain.

Brain Chain is a new game for all iOS devices. Whether you prefer your iPhone, iPod Touch, or iPad, you can get in on the brain-teasing. It’s made by James Porter, a man who’s made several previous trivia and puzzle games, but who should be famous for his revolutionary Geek Units app. Never before have we been able to convert US Dollars into Flintstones Clams. Truly, we are living in the best possible future.

Instead of getting rich from that venture, Porter has brought us Brain Chain. Set up like basically every other picture-puzzle game on the app store, Brain Chain consists of a series of odd pictures and a letter bank. Players examine the picture, figure out what two rhyming words describe it, and enter their answer with the available letters.

If it sounds simplistic and casual, that’s because it absolutely is. But there’s no denying that figuring out a picture of a spiked club traveling the stars can be called a “space mace” has its own unique satisfaction. All the levels are like this, and most make a pretty solid amount of sense–except for the orca on a scale. It is not a “scale whale,” Porter, because orcas aren’t whales. Learn to science. Regardless of its dubious scientific prowess, though, Brain Chain is undeniably enjoyable when you need something that uses some of your brain cells but doesn’t require all of them. New levels are going up regularly, and it shouldn’t take that much time to play through the whole thing. Should you end up needing help, there’s already a site with all the Brain Chain answers on it, because this is the Internet.