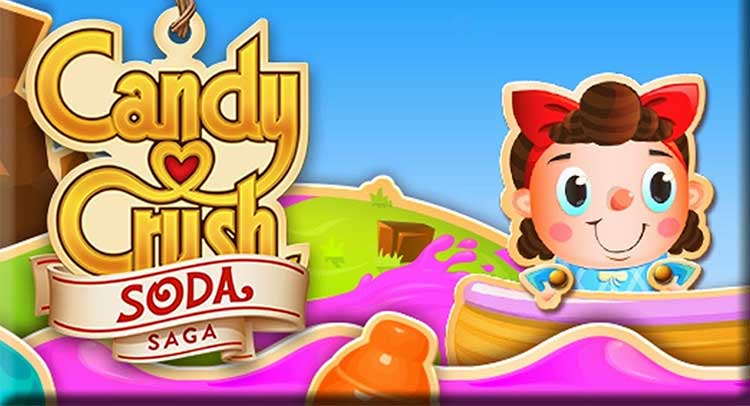 Mobile gaming’s resident tyrant, King, is back with a brand new puzzler that is sure to take up the majority of your cell phone’s screen time. And wouldn’t you know it, it’s the sequel to perhaps the biggest mobile game ever, Candy Crush Saga. So, without further adieu, let me introduce you Candy Crush Soda Saga.

Essentially, what King has done is stuck with their go-to basics by keeping the game stupidly simple and annoyingly addicting. I mean if it’s not broken, why change it right? So, so just think of it as Candy Crush Saga plus because it runs on the same exact match three gameplay with a few additions of new level types, matches, special candies, and soda pieces. For example, remember how annoying it was that you couldn’t create jelly fish? Bam! Now you can thanks to the brand addition of a square match-four type. But that’s not the only new match to grace the game. Now you can create a match-six in the shape of a T. In this match, you’ll unlock the bubble bomb, a special that will turn all the candies you swap it with into a new color.

Of course, you’ll need all of the new boosters and specials for the new level types the game introduces. You like gummy bears? Good, because they are going to play a major role in certain levels as you will need to save them from pesky jellies. Oh, and why is the game talking about soda now? Well because of the new soda pieces you’ll need to match to fill the board will bubbly goodness.

As of now Candy Crush Soda Saga can only be played on you Facebook account. But come on, that’s not going to last long with the way King operates. They have to strike while the iron is hot, so expect Candy Crush Soda saga to take over your life on iOS and Android devices very soon. When that times comes, be sure to check out everything you’ll need to beat the game over at Candy Crush Soda Cheats.