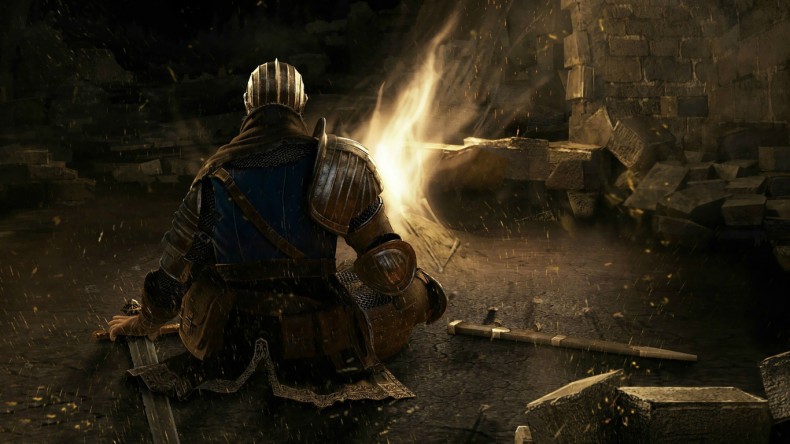 Finally. After an excruciatingly long wait, Dark Souls 2 will be released to the (U.S.) masses today. In the next few weeks, nay, months, there’ll be plenty of ignored girlfriends, pissed off wives, and quite a few hungry children while the men shed off their roles as heads of household, husbands, boyfriends, fathers, and yes, even grandfathers. Dark Souls 2 has come to play, and it’s looking for quite a few souls to whet it’s insatiable appetite.

Even then, there have been plenty of discussions, even before the official reviews have come out, about how the retail version of Dark Souls 2 looks worse than the network test a couple of months ago. And compared to the gameplay videos by the publishers themselves, the graphics, specifically the lighting effects, look noticeably downgraded, going with canned shadows, rather than the beautiful real-time lighting shown in the gameplay videos released from the publisher themselves. SlasherJPC discusses this same issue, and sheds light on just how much difference the graphical changes are, and his overall thoughts about developers pulling these bait and switch tactics. Check him out below.

Video Content Director You've just stumbled upon a huge Next Gen Gamer. Anything having to do with the latest games on all systems - Justin loves to play and talk about. From the big guns to the smaller indie titles, he loves'em all. Watch, comment, subscribe, but most of all, enjoy!
You might also like
Dark Souls 2From SoftwareSlasherJPC