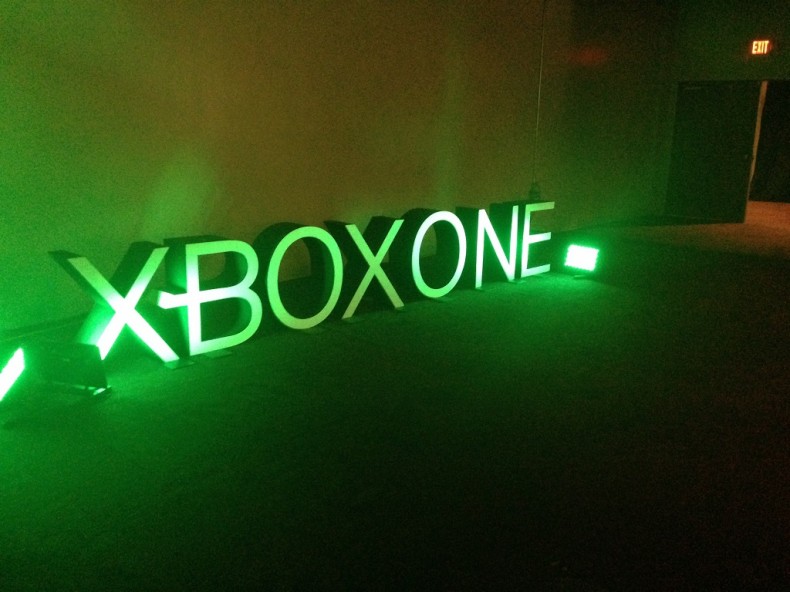 I’ll say it right now. Microsoft brought it to E3.

Phil Spencer took the stage and gave a great, classy, opening speech name-dropping Sony and Nintendo stating that all three want to bring the games. He then proceeded to say that the entire show would be all about games.

And oh man, was he right.

First up, Call of Duty: Advanced Warfare  looked awesome. So awesome that it’s almost unrecognizable as a Call of Duty game. Visually more impressive than any previous game, it looks like Sledgehammer is going all out to keep Call of Duty relevant.

Next up were a couple of Forza announcements. While I’m by no means anything even remotely resembling a fan of racing games, Forza Horizon 2  looks visually stunning.

Right before the media briefing, I was saying that Evolve  would be a get for Microsoft’s stage and it looks like it was. Man, that game looks incredible. And much like Call of Duty, it brings exclusiveness to the Xbox One. This time in the form of a beta. Looks like I know where I might end up playing Evolve.

And that exclusive content? We’re looking at a theme here.

Assassin’s Creed: Unity  was up next. And holy cow, it looked fantastic and four-player co-op to boot! Next gen is connected folks, #dealwithit. The game really shows off what these current gen systems can do—tons of NPCs on screen, seamless co-op, and capped off with a gruesome and graphic decapitation. It looks really good.

After last year’s Sunset Overdrive  reveal and the initial gameplay shown a couple of months ago, I was completely cold on Insomniac’s new game. Well, I’ve now at lukewarm. It sure does look pretty and we’re getting closer and closer to my dream of gameplay looking like a Pixar movie. This is definitely a game I will check out. Maybe not day one, because for some reason it comes on the same exact day as Evolve, October 28.

Fable Legends, how can I put this delicately, looks bad. Not a single thing Lionhead showed looks fun, humorous, or interesting. I really feel that them losing Peter Molyneux as their driving creative force is going to affect them adversely. This game just showed very poorly. Project Spark  looks like an incredible tool and for people with more time than I have, it could be awesome. I really liked the look of some of those games in montage and one of these days I’ll get around to firing up that beta I have.

Ori and the Blind Forest  from Moon Studios looks stunning and damn it, even the damn trailer gave me “the feels”. I’ve been accused of not liking indies because I actively refuse to play games produced in the past four years with a pixel art aesthetic, but that’s not it at all. I just don’t like that art style. This is what I want to see—beautiful, evocative visuals. This is where we are at, people. Let’s leave the 8 and 16bit graphics in the past where they belong.

By the same token, Play Dead’s new game Inside  looks amazing as well. You can tell it’s being made by the mad geniuses behind Limbo. Can’t wait to play it.

After this they followed up with an ID@Xbox montage that had so many games, some looked amazing, some looked less so, but the message was clear here; Microsoft is serious about indies.

In the worst kept secret of all time, the Halo: Master Chief Collection  was announced and revealed. This doesn’t move my needle, but for Halo fans this was probably a highlight.

Normally I don’t get excited for CG trailers, but I would lying if I said that Rise of the Tomb Raider  didn’t make me jump out of my seat! Easily my favorite game of 2013, I have played that game six times (three on Xbox 360 and three on PS4) so to see ANYTHING about that game gets me excited on a level few games do. Easily tied for my highlight of the show.

Tied with what you ask? Even if you didn’t, the answer is The Division. This game blew me away last year, and it’s done it again this year. This game is jaw-on-the-floor gorgeous. I seriously can’t wait for it.

Next up, The Witcher 3: Wild Hunt—wow. Just wow. Great showing for that game. The scope looks to make Skyrim‘s map look like a city block.

Lastly, Microsoft closed the show with a trailer for Crackdown. I liked the first game well enough, but didn’t care for the second. Subjectively I would say it was a weak way to close an otherwise stellar showing.

All in all, Microsoft delivered on its promise to have their show be all about the games and not one mention of the Xbox 360, which pleases me greatly. There is finally plenty to really look forward to on these new consoles and Microsoft’s opening shot was across Sony’s bow.

1 person likes this
Reviews, Slider, Xbox One
EMicrosoft Conferencexbox one

Sean is a semi-retired hardcore kid, semi-grown up and transplanted from his original home of New York to Los Angeles. A lover and critic of movies, music and video games, Sean is always quick with an opinion, a heaping dose of snark, and a healthy dose of pragmatism. PSN & Live Gamertag: N2NOther
You might also like:
xbox oneReviewsSliderXbox One