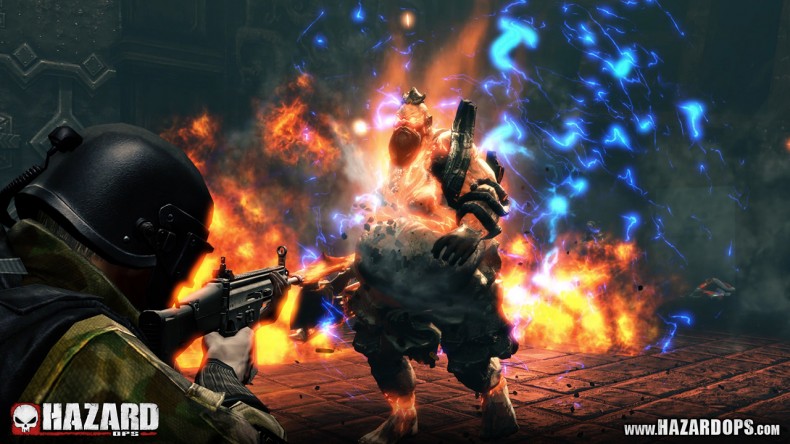 Are you ready for the next best thing since Far Cry 3: Blood Dragon?Â Well, I am! The epic firefights ofÂ Hazard Ops,Â a brutal 3rd person action-cover-shooter, are likely to satiate even the most ridiculously overzealous of players. Oh, did I mention it is free-to-play?

Not only will it feature battles against creatures like zombies, mutants and other…things, but also epic boss fights that will be commonplace as well, against monstrous beings like dinosaurs with rockets. Yeah, you heard me, dinsosaurs with rockets. Â Maybe it is the cousin of Blood Dragon‘s t-rex that shoots lasers, who knows.

The game will also include an abundance of awesome weapons, large scale maps for large scale carnage, and challenges for everyone to test their skills in a number of ways.

So what the heck are you waiting for? Go and register right now by clicking here!

And while you are at it, do not miss the announcement trailer. It is bonkers!

Senior Staff Writer Rudolf is a Journalism graduate who has an obsession with video game collectorâ€™s editions, which is matched only by his objective of moving to Canada and firmly establishing himself as a games journalist. His taste for adventure can only be satisfied by action-adventure games, sizzling steaks and dreams of gliding through the air on a snowboard.