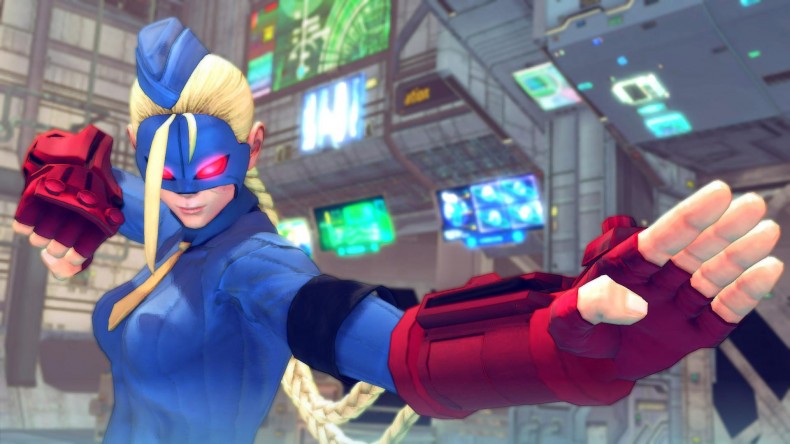 Decapre, one of Bison’s Dolls, joins the fight as a trick and combo oriented version of Cammy. She shares a few moves with the original killer bee, but has her own flavor through teleports, launchers and psycho-energy moves that let her mix the opponent up in several different ways. Her specials are done with charges instead of quarter circle motions, changing up how the character will move in and out of an enemy’s range.

Speaking of specials, she can a Cannon Drill in the air. Look out for that, Decapre can fight with the best of them.

Ultra Street Fighter IV is on the way this summer for PC, Xbox 360, and PS3, just in time forÂ EVO.

Check out a special Decapre Combo Video, or get some commentary from Peter “Combofiend” Rosas right here.

Contributor Geron's been into games for as long as he can remember. From fighting Octoroks to studying graphic and game design at GMU, the guy's been around the block when it comes to interactive entertainment. When he's away from a console, he's working on his next piece of art. Fun Fact: his first published artwork was in issue #144 of Nintendo Power Magazine, when he was only 10.
You might also like
EVOStreet FighterUltra