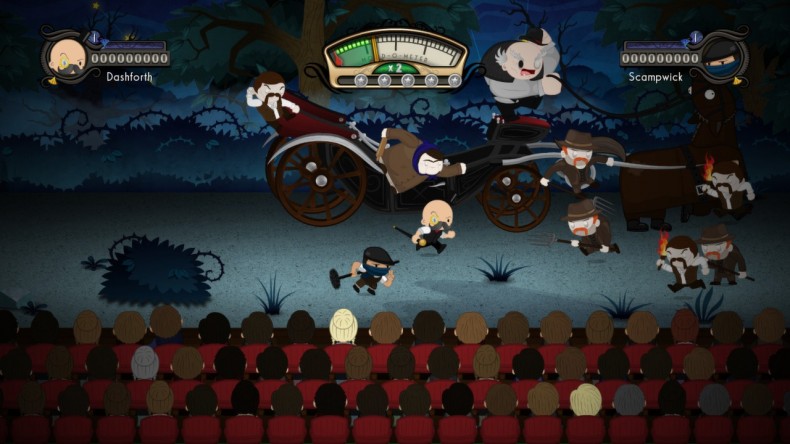 In a blog posting on Gamasutra, user James Coote relays his experience going to the “Indie Collective” event in London on September 6. After he released a game on the OUYA console, he became curious as to how indie friendly Microsoft, Sony, and Nintendo truly are. While each company had fairly similar standings, each was also different in their own respect.

For Microsoft, they focused more on how to get your indie game onto the Xbox One. During their presentation, they pointed out that the 3 step process may seem simple but is really a bit more complex than it really sounds. Step 1 is to “Initiate contact”, step 2 is to “Pitch your game” and step 3 is to “Publish” your game. To start the process, one must register with ID@Xbox. However, it seemed more that Microsoft would rather put their money on more seasoned developers, because the site clearly states that they are looking for “professional independent game developers who have a proven track record of shipping games on console, PC, mobile, or tablet.” The process of getting your game noticed is rectified on Xbox One in that indie games and other more successful games all appear together on the Xbox Games Store as opposed to separating the Xbox Live Arcade games from the Indie Games.

For Sony, they felt the platform for indie developers to use as a springboard was the PS Vita. So much so that they were even giving out free Vitas to attendees.Â The success of other indies on the Vita make it both a standard to purchase the handheld and give indie devs a little more experience so as to reduce the number of indie games released on PS4 by those who aren’t as seasoned as others.Â Unlike Microsoft, however, Sony focuses more on quality as opposed to quantity. To them, it doesn’t matter how many games you’ve successfully released and shipped before deciding to take a leap of faith and try to get your game on board with them, it’s more about your “credibility” and being able to deliver when the time for release arrives. Another point of interest is that alongside credibility, it also helps for those devs who network a lot so that they’re not just another face in the crowd via Twitter or emails.

And finally, Nintendo. They doesn’t have any “paid featured slots” on the eShop; everything is hand-picked by editorial staff. Nintendo doesn’t have a threshold before the developer gets paid. What this means is that while other consoles have a specific threshold to meet, like the OUYA who has a $150 threshold before the developer gets paid for the game on the console, Nintendo allows for immediate payment to the developer when profits roll in. They also made a point that there is no forced exclusivity with them. So if you’re developing a game on the Wii U but would like it to also release on the Xbox One, for example, you can do so. Also, there is no requirement to use specific bits of hardware; you can utilize whichever components of the console you see fit. Nintendo also highly recommends that the developer localizes their game; keeping in mind it is a recommendation, not a requirement. Using Miiverse to get your game recognized was also emphasized over using off-TV gaming (neither James nor I know exactly what that is, however) due to being able to interact with fans and see what’s trending. Nintendo’s final bit of advice was to utilize local multiplayer for added success to indie games.

That concludes a portion of the process to getting your indie game onto consoles and help it gain success. Granted, these are just highlights and if you’d like a bit more explaining, it’s highly recommended you read the blog posting. Was any of this helpful or was this all pretty common knowledge? Hopefully a little bit of both.

Former Editor-in-Chief Angie has a passion for gaming. She has never been able to put the controller down since first picking up an SNES controller at the age of 3. She loves researching anything gaming related and talking games amongst her friends.
You might also like
indieIndie GamesMicrosoft