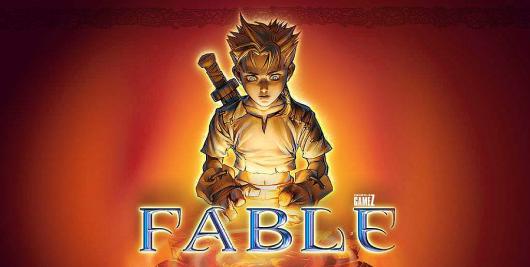 Lionhead Studios teased an original Fable HD remake earlier in the day, and Microsoft has confirmed the game will be called Fable Anniversary. The game will contain The Lost Chapters content, added Achievements, SmartGlass compatibility, leaderboards, new UI and a full 1080p HD update. Fable Anniversary will also include a new lighting system, a new facial animation system, new cutscene animations and updated textures, models and much more. This news was confirmed on a podcast, with the thumbnail being the box-art for the game. Ted Timmins, the lead designer for the game, called it “The game that Fable fans have been demanding for yearsâ€. He also explained about the new Achievements system as “Fable has always been about choice and consequence, so we’re trying to put that into our Achievementsâ€.

At the moment, Fable Anniversary is set to for a 2013 holiday release. Strangely, the Xbox 360 is the only console listed for the game. However, with the Xbox One approaching, Iâ€™d be surprised if this HD remake of a classic wonâ€™t be available on it.

The announcement of a release only on Xbox 360 (so far) caused Timmins to reveal that Microsoft intends to support the Xbox 360 following the release of the Xbox One. Already confirmed is an update for the 360, which will help users port over to the Xbox One. Timmins said “Obviously the Xbox [360] isn’t going anywhere anytime soon. It’s very important, to all of us, that we carry on delivering on itâ€.

Former Staff Writer Mark is an Irish student passionate about games. He enjoys playing sports such as soccer and rugby, but loves playing video games at any time possible. Mark plays mostly on the Xbox 360, but also plays on the PC from time to time. He is a multiplayer manic and also loves to delve into deep storylines within RPGs.
You might also like
Fable AnniversaryMicrosoft Studios