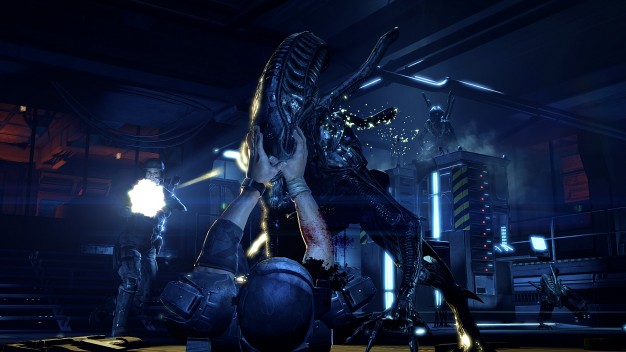 While I’m still sensitive about the whole Aliens: Colonial Marines fiasco, I can’t help but to be excited, albeit cautious, about Creative Assembly’s upcoming survival horror game – Alien: Isolation.

Although many details are still rather scarce on what Isolation intends to be, this latest batch of screenshots shows some pretty awesome stuff that will hopefully be included in the full release. All in all, we can see a glimpse of the hacking system, along with some lovely environment shots that include an android that met an untimely fate.

Former PR Director James was introduced to the world in a city known for its ultra-violence and â€œOzzy Osbourne accentsâ€. Rather than facing the perils of the outside world, James quickly took to Video Games and Alcohol (not necessarily in that order). Nowadays you can find him at the Staffordshire University Studentâ€™s Union Bar, drinking whiskey and muttering about how he studies Computer Science.
You might also like
Alien: IsolationaliensColonial Marines