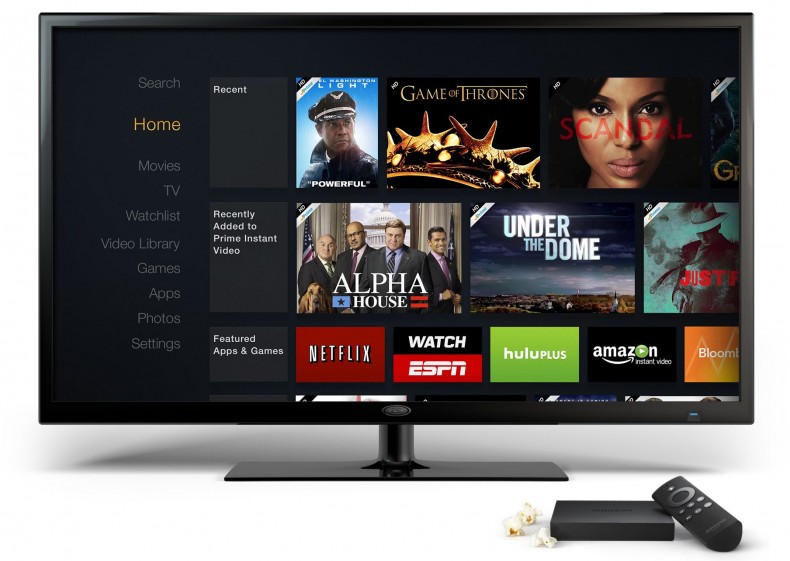 Amazon unveiled their new media box Fire TV today and, to much surprise, they simultaneously putÂ the item on sale. The tiny media device features all the mainstream video and movie streaming apps like Netflix, Hulu Plus, Youtube, and many more. Popular music services such as Vevo and Pandora are also available at launch.

What seems to set this product apart from its competitors is the release of an optional controller that can be used for the 100+ games that already grace the device. Games that are available now includeÂ Minecraft: Pocket Edition, Asphalt 8, NBA 2K14 and many more. Amazon stated that the first batch of games are only the beginning and that customers will see several thousand more coming to the media box in the near future.

Not to be outdone by their fierce competition, Amazon has released fairly impressive specs for the low budget box. Fire TV boasts a quad-core processor, HD video in 1080p, 2 GB of memory, Dolby Digital Plus surround sound, and even voice command that “actually works“.

Below you can see a chart comparing Fire TV to its numerous big name competitors. It’s clear Amazon has come out on top with Fire TV, but this will surely cause Google and Apple to react with new and improved tech. Gaming seems to be a hugely untapped market for media boxes and Amazon was smart to strike while the iron is hot. 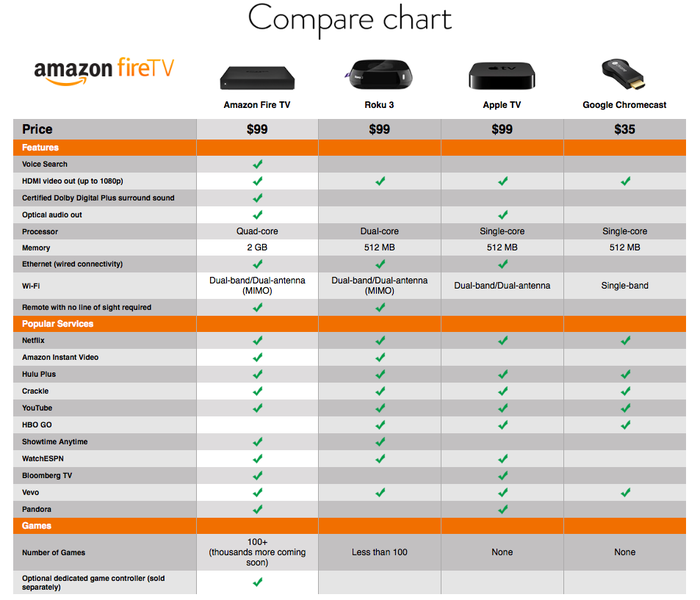 Senior Staff Writer Colton Steury is a musician, writer, and fervent gamer who enjoys most any games, but is especially fond of RPGs, platformers, third-person shooters, and indie games. When he's not writing articles, composing songs, or gaming, you could probably find him eating potato chips and petting a cat. Generally, he is willing to accept potato chips/cats as currency.
You might also like
amazonControllerFire TV