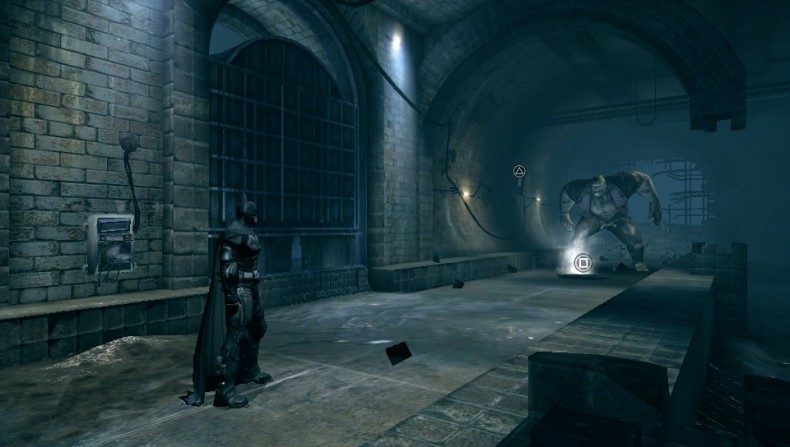 Get Ready For More Batman Beatdowns.

Previously only available for PlayStation Vita and 3DS, Batman: AOG is being released for digital download today on PC and the Xbox Live Games Store, the 2nd of April on PS3, and later in April for Wii U. The game is an improvement on the previous handheld title, with enhanced graphics and 5.1 surround sound. Featuring new enemies, events, an all new map system, difficulty levels, and of course, new Batsuits.

“Players will be able to guide their way through Blackgate prison with the new navigational system created for this version of the game. In addition, they can suit up with the exclusive Zero Year Batsuit skin which players can unlock by registering for a Warner Bros. ID (WBID) account. “ Staff Writer Luke "FoxJester" Cobham can be seen in the wild helping other folk with their various plumbing problems and disasters. Commonly you will see him wade into a vast sh*t storm in order to save the others drowning within. Less frequently seen however, is when the majestic FoxJester is hidden in his man cave playing numerous video games, or beating people senseless with large bladed weaponry, in which he has been training with since 7 years of age. Video game Journalism however, seems to be this creatures true calling, throwing news, opinion pieces, and reviews at Spawn First as if he were a crazy poop throwing Jabberwocky. Oh, and he's Canadian.
You might also like
arkham originsbatmannews

Batman: Arkham Origins Blackgate – Deluxe Edition Coming to a Home Console Near You