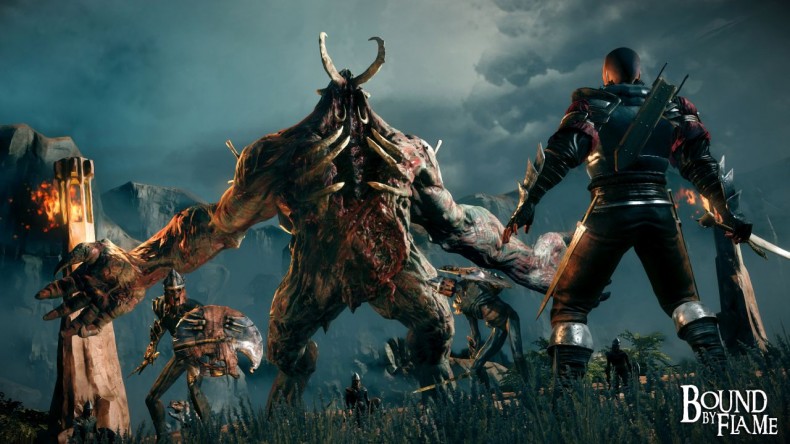 Bound by Flame has an official reveal trailer that was unleashed yesterday. The trailerÂ describes the player’s choice between being a hero or succumbing to the fire demon that is possessing the character, as well as touching base on the support characters that will be met along the way. Each character has a story of their own and are fighting for their own personal reasons.

The game features a crafting system in which players can craft their own armor and weapons to however they see fit. The trailer also shows off the three character skill trees: Fighter, Ranger, and Pyromancer. Players are able to switch between the three play styles at their will depending on the situation needed during combat. The fighter style sees players utilizing heavy weaponry to decimate their foes. The ranger fighting style is a fast paced and stealthy combat style. The pyromancer is exactly as it sounds; players can utilize a slew of fire magic spells to burn their enemies to a crisp. Experience gained through battle can be used to level up all of these play styles.

Former Editor-in-Chief Angie has a passion for gaming. She has never been able to put the controller down since first picking up an SNES controller at the age of 3. She loves researching anything gaming related and talking games amongst her friends.
You might also like
Bound By Flamefocus home interactive