Bugbear is Back: Next Car Game

If you were wondering whatever happened to Bugbear, the developers of Flatout, Flatout2, and Flatout Ultimate Carnage, well then…they’ve been busy with their new racing/destruction game, matter-of-factly called, Next Car Game. 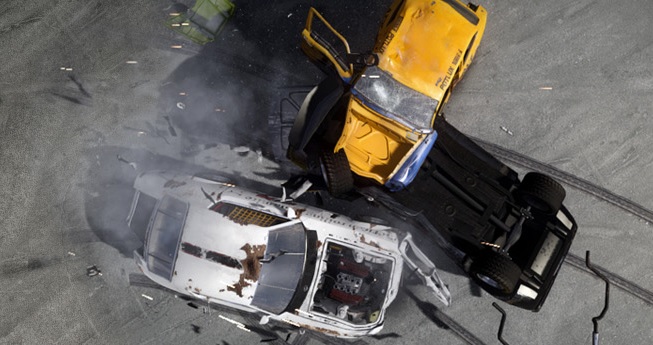 If you remember the Flatout series, it wasn’t about just racing cars, the games also had undeniably amazing physics flowing throughout the code. Every crash was a spectacle, every pileup a cacophony of screaming metal and thousands of exploding car parts and pieces.

Each lap would reduce the car, and the track, to a shell of it’s prior lap’s iteration, smashing and banging against other racers and wreaking havoc with the environment. The Flatout games were just plain fun.

Next Car Game has been in development for a while, yet is still in the alpha stages. Most of the time must’ve been take up by Bugbear developing a racing and destruction engine that just has to be seen to be believed (check out the video on nextcargame.comÂ ).

Speaking of “believe”, most publishers forget that gamers don’t just want games with the sleekest looking cars, thousands of variations of ten tracks, or dry and lackluster environments; sometimes gamers just want pure racing carnage and metallic annihilation, and that’s what Bugbear is bringing to the table with Next Car Game. This is why Bugbear have taken it upon themselves to have the fans speak up, and pre-order the game directly from their website. Go ahead. Check out the video above, and don’t tell me you didn’t have your gas-foot pumping while you watched it.