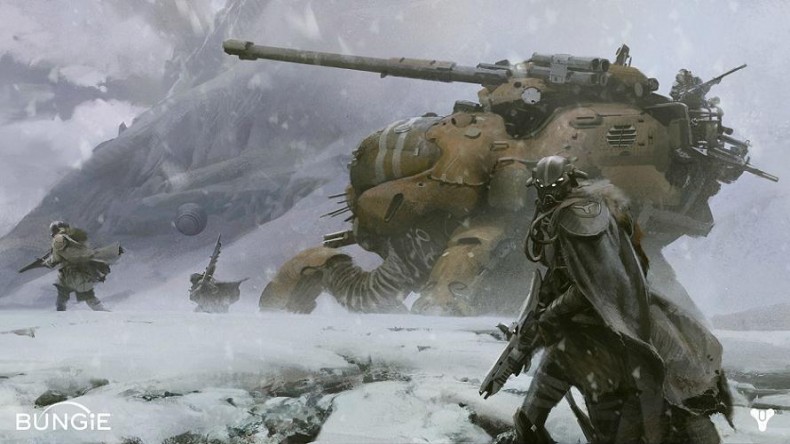 Bungie, definitely in a gracious mood these days, has released two more images relating to their upcoming blockbuster (and yes, I’m designating it as such already), Destiny.

The first image is of some red sand dunes on Mars, where there’s apparently a lost city in there somewhere (we can’t see it).

In #Destiny, your journey to Mars will take you to a city lost to the red sands. pic.twitter.com/zoMKXSUStE

The second image is of a “Did You Know” graphic, which might be an ongoing Bungie fact-breaking segment, highlighting certain pieces of information about the game. In this one, we learn:

“Each weapon in Destiny is as unique as the Guardian who wields it.”

Did You Know: Each weapon in Destiny is as unique as the Guardian who wields it. pic.twitter.com/3b2xSOuHne

We can definitely expect to see some more these Twitter segments as we get nearer to Destiny‘s release.

Founder/Consultant Growing up in different countries, Karam has a unique global perspective about gaming. He brings with him that set of eyes and ears that can look at the state of gaming from afar. His gaming loves cover just about every genre, and he is a constant presence on Xbox Live and PSN. Karam is a Systems Administrator by day and lives in Georgia with his wife and three children. By night he transforms into Aye Karamba (Live) or Aaqiloon (PSN), and his virtual aliases live online.
You might also like
BungieDestiny