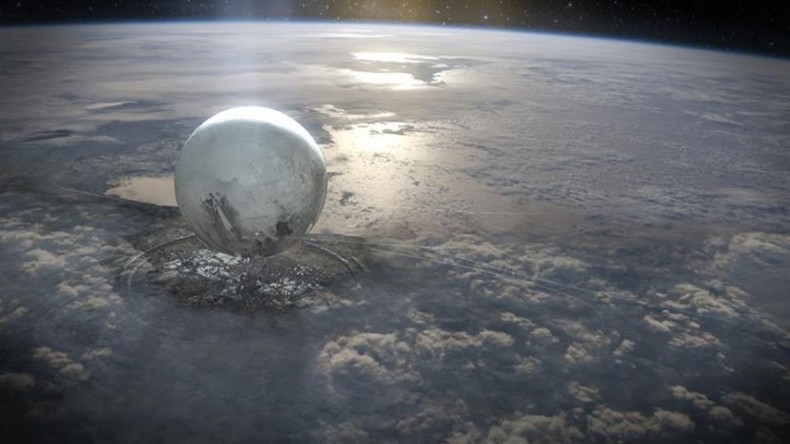 Earlier today Bungie released a teaser photo of their highly anticipated game, Destiny. Â The picture features a sunrise over what looks to be a military base. Â The picture is accompanied by the tweet,

“The sun rises over a Vex stronghold on Venus before a great battle. Â Will you be there?”

The sun rises over a Vex stronghold on Venus before a great battle. Will you be there? pic.twitter.com/OM2JsFXUUb

The above Tweet came right after their previous Destiny screenshot showing another in-game picture based on Mars, one of the many planets you’ll be able to travel to, and fight on, in the final game.

These Cabal came to occupy Mars. Your Fireteam will have something else to say about that. pic.twitter.com/JSVejdMLll

Bungie’s “living” role-playing first-person-shooter is scheduled for a world wide release on September 9, 2014. Â Like Bungie asked, will you be there?

Versus Mode Co-Host/Creative Co-Director Chris is ridiculous. True story: instead of paying rent one month he bought a Nintendo 3DS. Being a fan of all gaming platforms is tough on his wallet, but he's a gamer on a budget. He plays his PS Vita or 3DS while on the train to/from work and his Xbox 360 or Wii U when at home. He won his university's Video Game Olympics competition back in April of 2012 and mentions it whenever he can in conversation. His other interests include comedy, surviving Chicago, and hangin' out with his pup, Theta.
You might also like
BungieDestinyScreenshot