Call of Duty Ghosts: Not Much Difference Between Xbox 360 and Xbox One 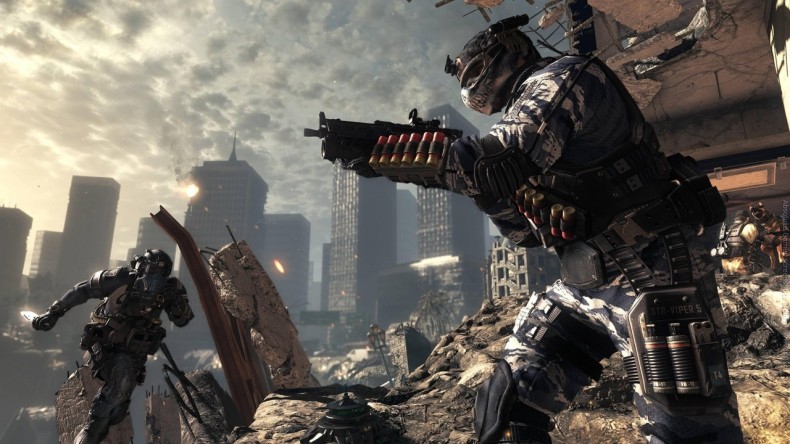 Recently there has been a lot of talk about the resolution and capabilities of the two next gen consoles coming out this November.Â  Xbox One, set to release on November 22, has been getting the majority of the heat as they donâ€™t have as many 1080p native games as the PS4, set to release November 15.Â  Unfortunately for Xbox One, things are about to get worse.

So…which is which again?

The Xbox One image is reportedly running at 720p and again, to be honest, Iâ€™m not impressed. Â Scenery look a little crisper, but not $500 crisper. Â With Microsoft announcing that they plan to provide software and technical support for the Xbox 360 for years to come, I question if the upgrade to ‘next gen’ is necessary.Â  The most talked about feature has been the Kinect 2.0 and with this screenshot release showing that there is negligible difference between the two Xbox consoles, itâ€™s hard to justify spending $499.99 for a better Kinect experience.Â  Granted, these are still screenshots and maybe during gameplay/movement the difference is much more noticeable, but right now itâ€™s not looking too good as we approach the November release dates for the two consoles.

Versus Mode Co-Host/Creative Co-Director Chris is ridiculous. True story: instead of paying rent one month he bought a Nintendo 3DS. Being a fan of all gaming platforms is tough on his wallet, but he's a gamer on a budget. He plays his PS Vita or 3DS while on the train to/from work and his Xbox 360 or Wii U when at home. He won his university's Video Game Olympics competition back in April of 2012 and mentions it whenever he can in conversation. His other interests include comedy, surviving Chicago, and hangin' out with his pup, Theta.
You might also like
MicrosoftNext-GenPlayStation