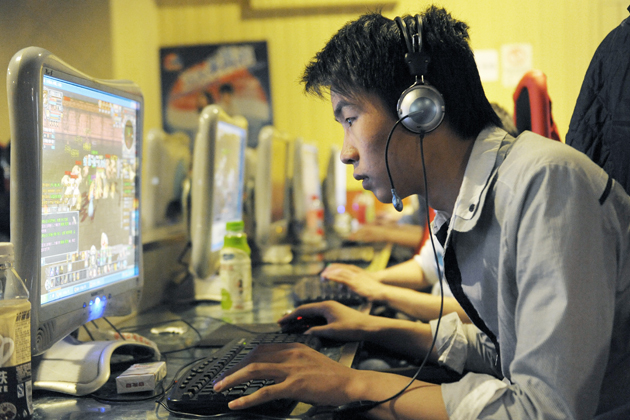 A Chinese man plays online games at an Internet cafe

Last Tuesday a measure was formally passed that will finally allow Microsoft, Nintendo, and Sony to enter virgin territory. In 2000, the Chinese government expressed concern about violent games and their effect on the country’s youth, and thus banned the sale of foreign game consoles.Â After 14 years China has lifted the ban on consoles, and will allow foreign enterprises to ship their products to Shanghai’s new free trade zone.

Despite the ban, the game industry has grown immense in China. Consoles were made available as some units have been smuggled into the country. Also in 2012 Lenovo showed their own “home entertainment console” to avoid the ban, marketed as an exercise machine that was initially priced to be over $600. Also the rise of PC, internet, and mobile gaming has risen totally unaffected leaving the estimated value of China’s gaming market to be worth $14 billion annually.

In the wake of this, however, there are some apparent potential issues. According to Hong Kong-based brokerage CLSA, at least 70 percent of gamers in China earn less that 4000 yuan ($634) a month. In a market where an Xbox One costs $500, and new games cost $60 each, Microsoft, Nintendo, and Sony may have to reconsider their business model to succeed in Chinese territory where most games are free to play with extras costing money (the “pay-to-win” model). Furthermore, the large game companies cannot just redirect their output to China either. There is a stipulation in the ban requiring for manufacturers to base factories in Shanghai, which has these companies sounding a note of caution. It’s a small move, and with some definite hurdles, but China has finally taken a step in the right direction. We have but to see what Microsoft, Nintendo, and Sony will make of it.

Staff Writer Andrew is a former professional performer, failed linguist, college dropout, and veteran of the US military. He lives with his beautiful wife, and their dog, Guinness, in an apartment by the sea. Andrew's favorites include RPGs, The Legend of Zelda games, and criticizing Nintendo's marketing and business practices. He also enjoys fighting for truth, justice, and the American way in his spare time.
You might also like
banChinaConsole