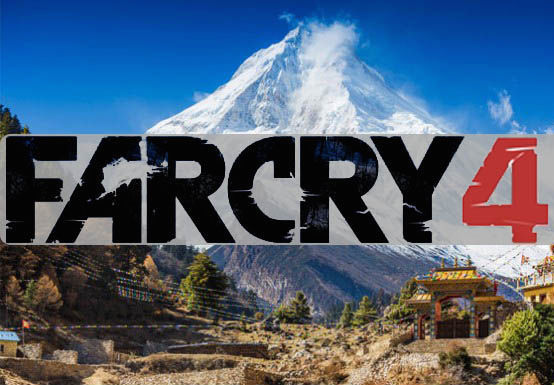 Far Cry 4 has been announced for a November 18th release date for later this year and since then the box art has seemed to gain the most uproar. The title has been under a lot of scrutiny as the art work depicts a light skin toned man sitting atop a headless statue with his hand resting on a darker skin tone man on his knees acting as a servant of some sort. The creative director, Alex Hutchinson, had this to say:

Just so it's clear for those jumping to conclusions: He's not white and that's not the player. http://t.co/zvqe3uzZI6

Hutchinson links the original report in his tweet which talks about the Ubisoft company and other controversies they face including their biggest seller, Assassins Creed.

As this controversy became public information has been leaked, thanks to an accidental post on Uplay, about the upcoming Far Cry 4 title including the name of the main character and a small glimpse of what to expect from the story. The post has since be pulled from the site but IGN.com managed to capture what the leaked entailed which you can read below:

“Hidden in the majestic Himalayas lies Kyrat, a country steeped in tradition and violence. You are Ajay Ghale. Traveling to Kyrat to fulfill your mother’s dying wish, you find yourself caught up in a civil war to overthrow the oppressive regime of dictator Pagan Min.

“Explore and navigate this vast open world, where danger and unpredictability lurk around every corner. Here, every decision counts, and every second is a story. Welcome to Kyrat.”

Ubisoft is planning to show more about Far Cry 4 at this years E3 Expo but leaks are bound to happen, it’s just a matter of time and depends on who gets to it first.

Avid hockey fan & lover of the Chicago Blackhawks. Most of my time, when I am not trying to figure out who Tyler Perry is, I am gaming, working, learning, watching hockey, or spending the day with loved ones. I believe in greatness from small beginnings. PSN: http://psnprofiles.com/darlingharbour
You might also like
ControversyFar Cry 4Ubisoft