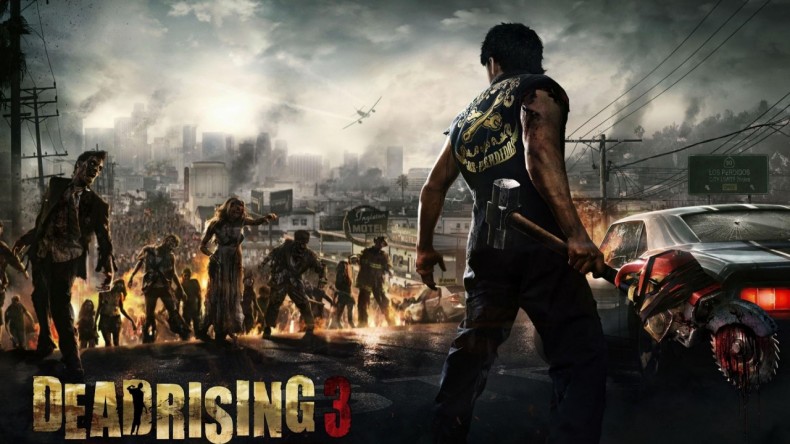 During the presentation at Gamescom, Dead Rising 3 had suffered from framerate drop issues. However, the presentation at Tokyo Game Show has cleared up those issues. The game’s producer, Mike Jones, has confirmed that the game is locked at 30 frames. This means that no matter how many zombies, blood, or body parts are flying about the screen, your game will not slow down one bit.

That aside, the co-op mode has had an overhaul sinceÂ Dead Rising 2 andÂ Dead Rising: Off The Record. As you may or may not know, the co-op modes in Dead Rising 2 and Off The Record only recorded the story progress of the host; while the second player could save data, it would only save the “co-op character” and story mode progress couldn’t be saved or continued from. So if you passed your point in story mode with a friend as the second player, you had to do all of that all over again alone in single player. However, gone are these issues in Dead Rising 3. The co-op partner, Dick, is a trucker who is so similar to Nick that he’s practically a clone. Dick has all the same capabilities as Nick so one character won’t seem stronger or more fun to play as than the other. Also, a major change, is the fact that story mode progress, experience earned, unlocks, and blueprints discovered all can be saved and brought along with the player after the co-op session has concluded. When the player is invited to join a game, all stats, unlocks, and story progression comes along with them from their single player progress as opposed to starting from scratch as in games prior.

In regards to the story progression, say you pass where your single player campaign left off with your friend in co-op mode. After leaving the co-op session, you keep your progress. You then have the option to either continue on from where you left off in co-op or continue from your position in single player. Or if you complete a single chapter further in the storyline in co-op mode, you can choose to skip that chapter entirely when you reach it in your single player campaign.

In Nightmare Mode, which gives the player the option to go through the campaign with the time constraints as in previous entries, playing co-op doesn’t force you to travel down the paths the host chose to take when you save and take that progress with you back to single player. As the co-op partner you’re just along for the ride whereas when you take the progress back with you, you can replay a point in the story where the host came to a crossroads and you can choose a different path if you wish.

Nightmare mode is mostly for those who enjoyed the time constraints of previous entries. Adding in Nightmare Mode was Capcom Vancouver’s means of appealing to both those who want to take their time in story mode and those who like the anxiety of having to complete tasks within the allotted time.

Dead Rising 3 is a day one launch title exclusively on Xbox One, releasing on November 22.

Former Editor-in-Chief Angie has a passion for gaming. She has never been able to put the controller down since first picking up an SNES controller at the age of 3. She loves researching anything gaming related and talking games amongst her friends.
You might also like
CapcomCo-opDead Rising 3