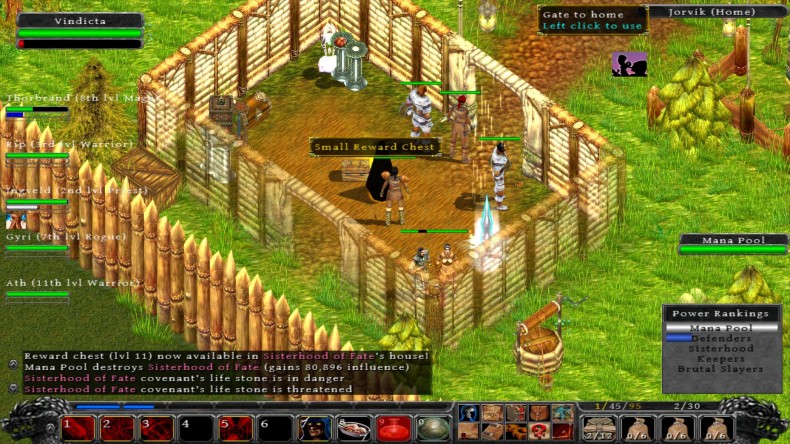 Two days ago, Depths of Peril, a single-player action RPG containing strong elements of strategic play, was announced for Linux. The player is a faction leader in charge of protecting a barbarian city, but the irony is that you compete against other factions for dominance over the city itself. So it’s sort of like protecting future proper and showing who can bring home the bacon, because a barbaric city is sure to indulge in basic pleasure more openly.

Previously only playable on PC and Mac, the game’s warm reception since its release way back in 2007 appears to have increased among Linux users, and so it’s finally been ported. A demo of the game is available here, and for purchase here.

But if you’re rushed and want to make your mind up on the sport, check out a quick gameplay video:

Senior Staff Writer Rudolf is a Journalism graduate who has an obsession with video game collectorâ€™s editions, which is matched only by his objective of moving to Canada and firmly establishing himself as a games journalist. His taste for adventure can only be satisfied by action-adventure games, sizzling steaks and dreams of gliding through the air on a snowboard.
You might also like
LinuxMacPC