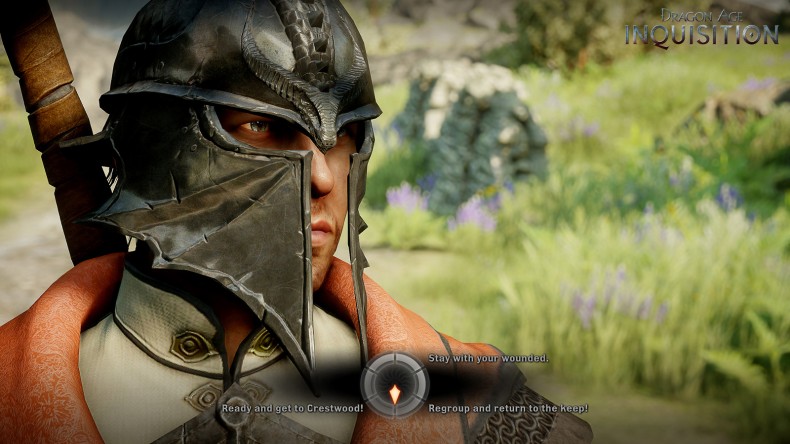 The Dragon Age stories have thrilled us for many years now; with their compelling plot lines, unforgettable companions, and their tough-to-beat monsters, it’s no doubt Dragon Age: Inquisition will be amazing, if not better than the previous ones. But, there have been speculations thatÂ Inquisition will be the very last of the Dragon Age games. I’m here to ease your minds and tell you that it isn’t true, whether or not that is a bad thing is something we’ll find out together. 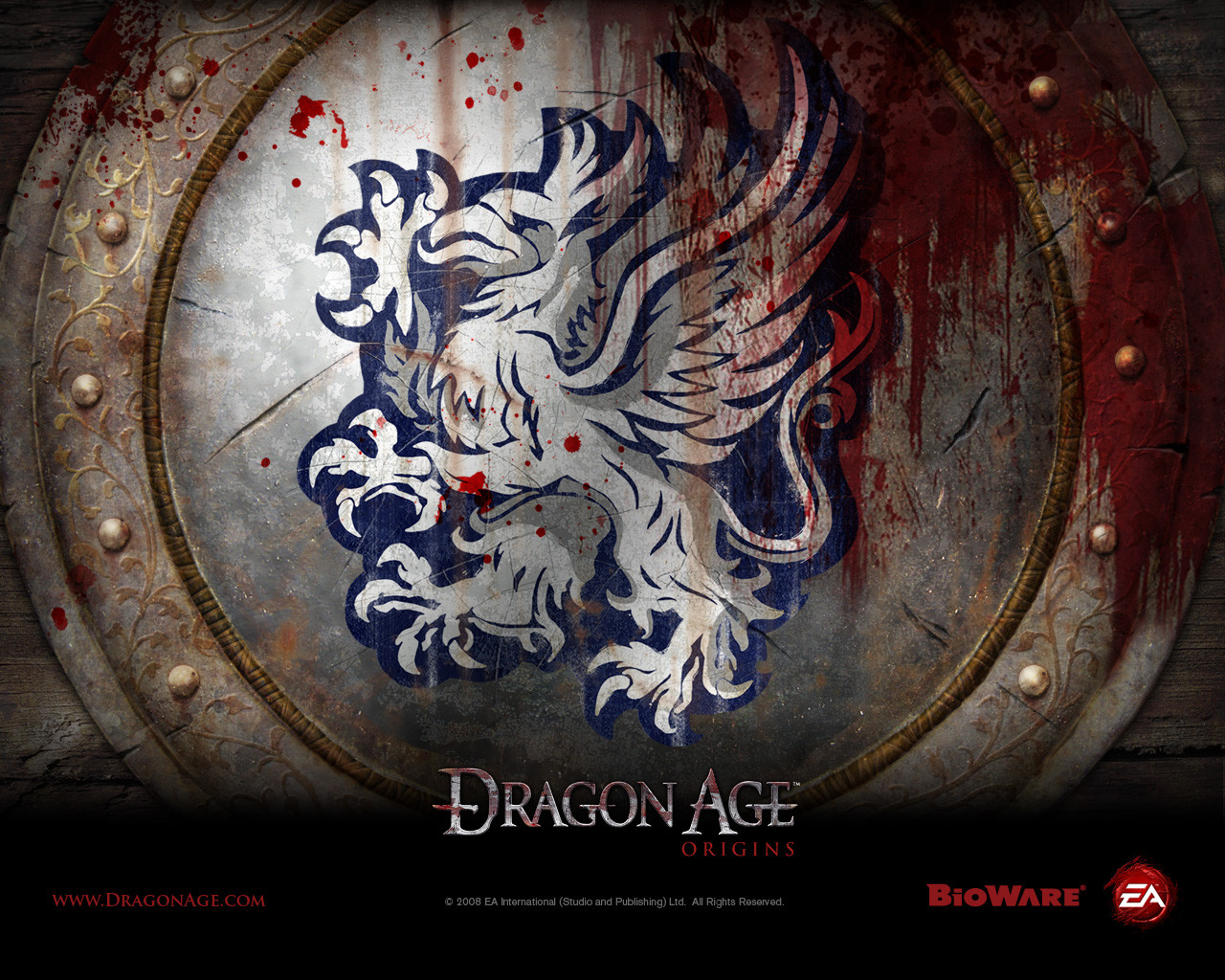 Dragon Age: Origins follows the story of the Grey Wardens, an elite sect of warriors destined to defeat the oncoming Blight and slay the Archdemon once and for all. Through making nice with various races and completing their missions, your Grey Warden and Alistair finally have the chance to battle the darkspawn themselves. The game ends with your victorious defeat of the darkspawn, and depending on your choices, a happy or sad ending for Alistair. Throughout the game you pick up notable characters who aide you in battle until the very end, some backstabbing you, and some becoming your loyal pets. Dragon Age: Origins has been a huge hit since it was first released, still making waves among newer gamers, so we hardcore devotees would love to see something similar fromÂ Inquisition. 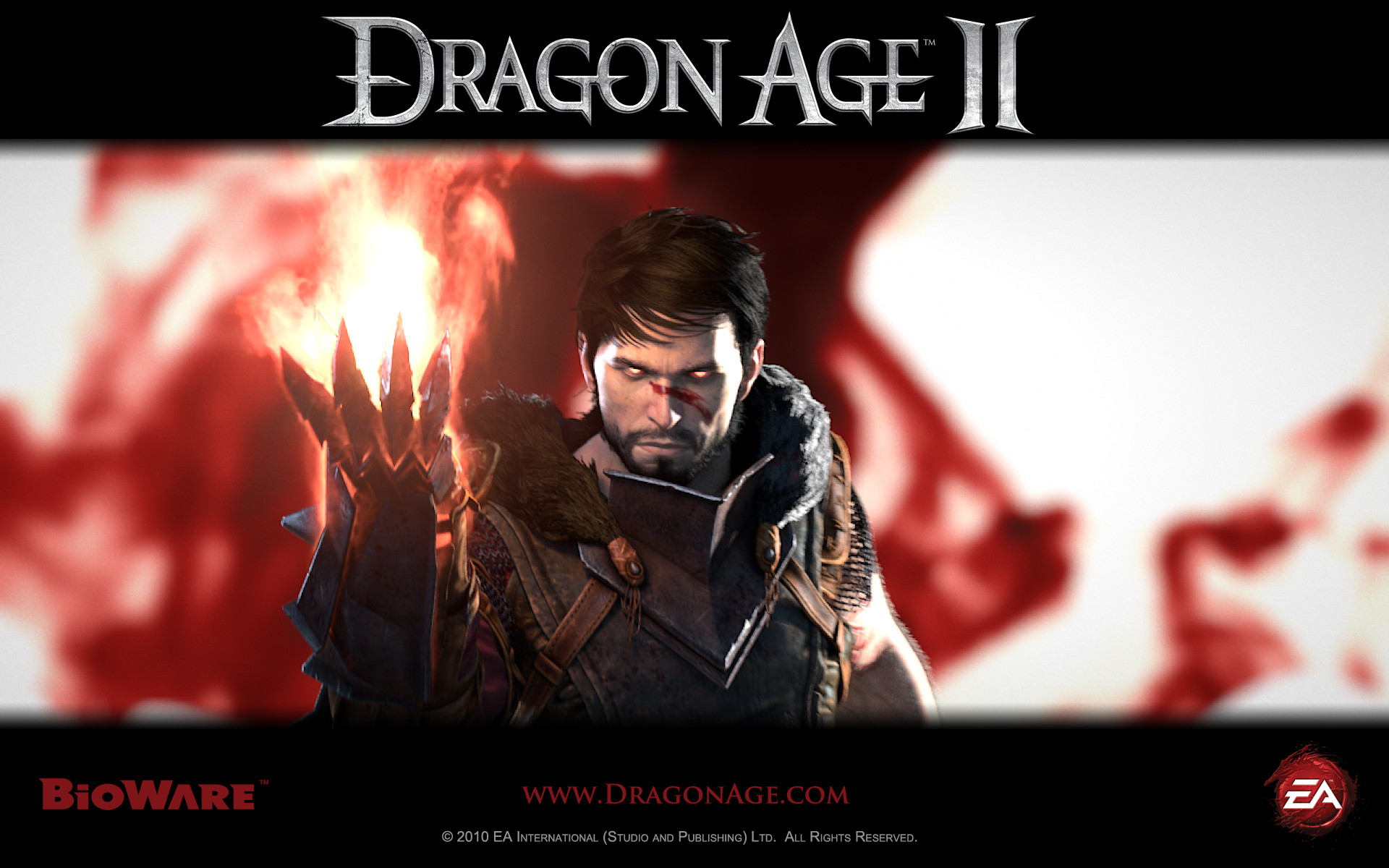 Dragon Age II receives little fanfare due to it’s mixed reviews. Some players were disappointed with the new combat and the new dialogue tree, but still, some enjoyed the game more thanÂ Origins. Dragon Age II follows the story of Hawke, the human hero needed to stop the violent war between Templars and Mages. The time of the game is set during the Warden’s adventures as well, so darkspawn are a prevalent threat throughout the game. The game received more negative reviews than it’s counterpart Origins, being criticized on the gameplay itself, the lack of interesting characters, and a plot line that seemed to alienate Origin fans and instead cater to newcomers of the franchise. To this writer, Dragon Age II was a bit lackluster and conflicted with Origins’ plot, why care about Mages and Templars when the archdemon is knocking on your back door? 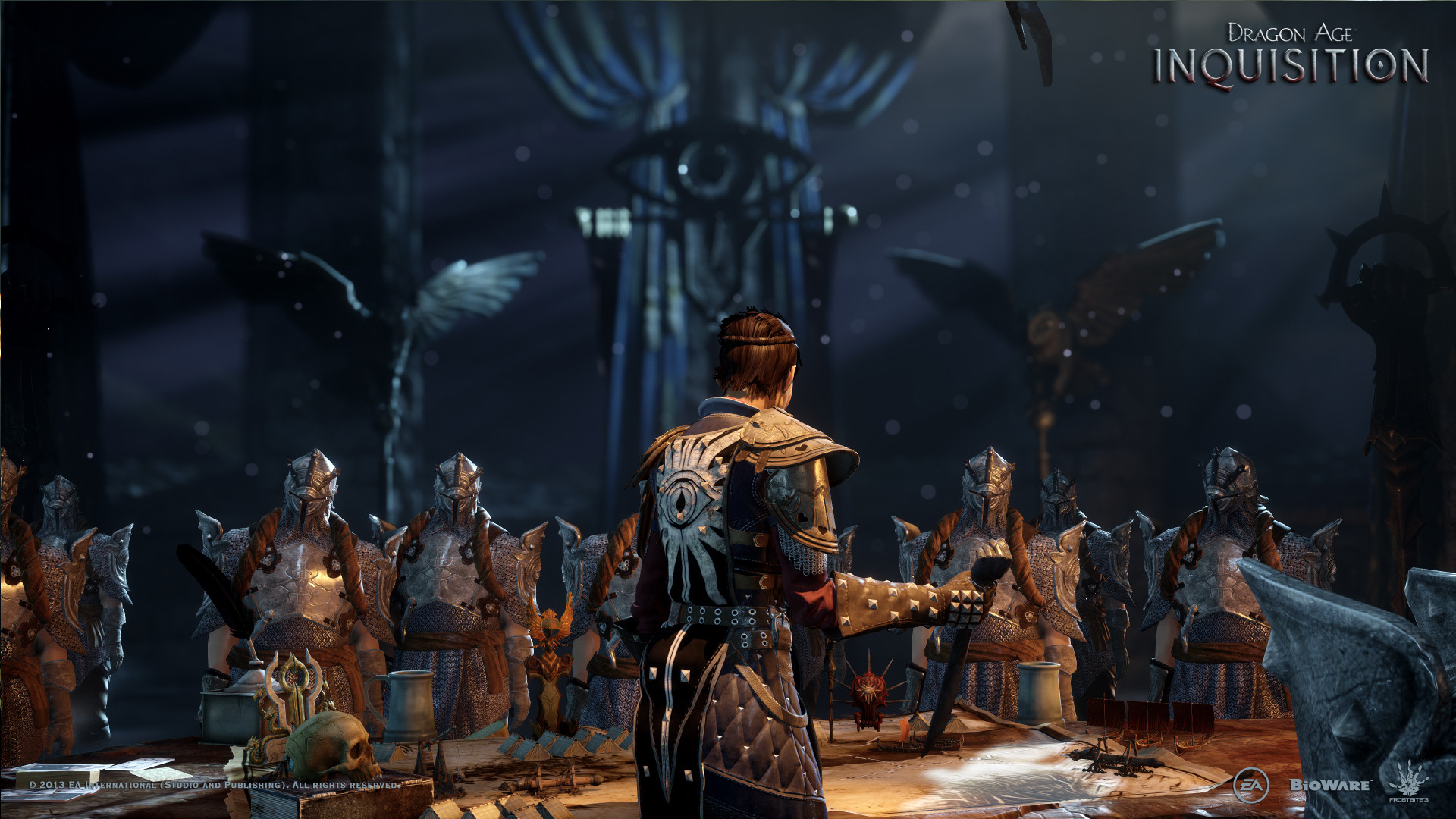 The newest game, Dragon Age: Inquisition is a beacon of hope for Bioware. It seems they are returning to their roots for this game, which makes this writer very happy. Though the main plot will be about the all out war between the Mages and the Templars, it’s expected that we’ll be fighting various monsters as well. From the gameplay video, the demons look much tougher and more interesting than the previous darkspawn. The gameplay video also tells the audience about something called â€œThe Breachâ€, which rings similar with â€œThe Blightâ€. It seems Mages and Templars are not the biggest threat in this game, rather a more ominous destruction of the world brought on by complete evil, again very reminiscent of Origins. The gameplay itself seems to be more closely related to Dragon Age II, with a dialogue wheel and similar combat tactics. But, more importantly, the plot and the story are similar to Origins.

Since Inquisition reflects Origins in more than one way, there a few things I’m hopeful for in this new game. First, more relatable and intriguing characters. Characters from Origins always caught my attention, they acted like real people, bantering and getting upset when something they didn’t quite agree with was said. Because dialogue was severely cut in Dragon Age II, we didn’t get to see much personality from the characters. So for Inquisition, I’m hoping the characters entice the player and remind them of Origins. There are rumors floating around that Morrigan’s child, if you chose to let her have a Warden child, will reappear as more than a side note in the new game.

Secondly, better combat and dialogue options. Though it’s been noted that both of those will be similar to Dragon Age II, here’s to hoping the creative board made a conscious effort to reintroduce the idea of personalities. I’d like my followers to challenge me on the decisions, making me carefully choose the outcome. Personally, the combat tactics in Dragon Age IIÂ were not horrendous, though it did make the game a bit easier. I’d like to see a balance between Origins and Dragon Age II; easier, yet had to put some thought into it before charging head first.

And last, the ending needs to have a bit more, shall I say, â€œoomphâ€. The ending of Dragon Age II did not feel complete, with Hawke just disappearing and no mention of what happened to the your loyal followers. Some fans were greatly disappointed, hoping that it would at least exceed the ending of Origins. Others believed it was ambiguous so it can lead to a third game. I guess the latter turned out to be true. We actually already have insight into further games, Dragon Age‘s executive producer stated, â€œDragon Age was never intended to be a trilogy,â€ he said. â€œWeâ€™ve always really looked at Dragon Age as the story of a world as opposed to the story of a character. Thatâ€™s one of the reasons why we change characters between games. This isnâ€™t the wrap-up of a trilogy. We have an overarching story arc. We are going somewhere with the storytelling. But this game isnâ€™t a conclusion.â€ Let’s hope the ending of Inquisition is a little more interesting than the ending of Dragon Age II, we’ll just have to play the game and find out.

Dragon Age: Inquisition hits shelves everywhere October 7th, 2014. Don’t forget to get your copy so you can save the world of Dragon Age! 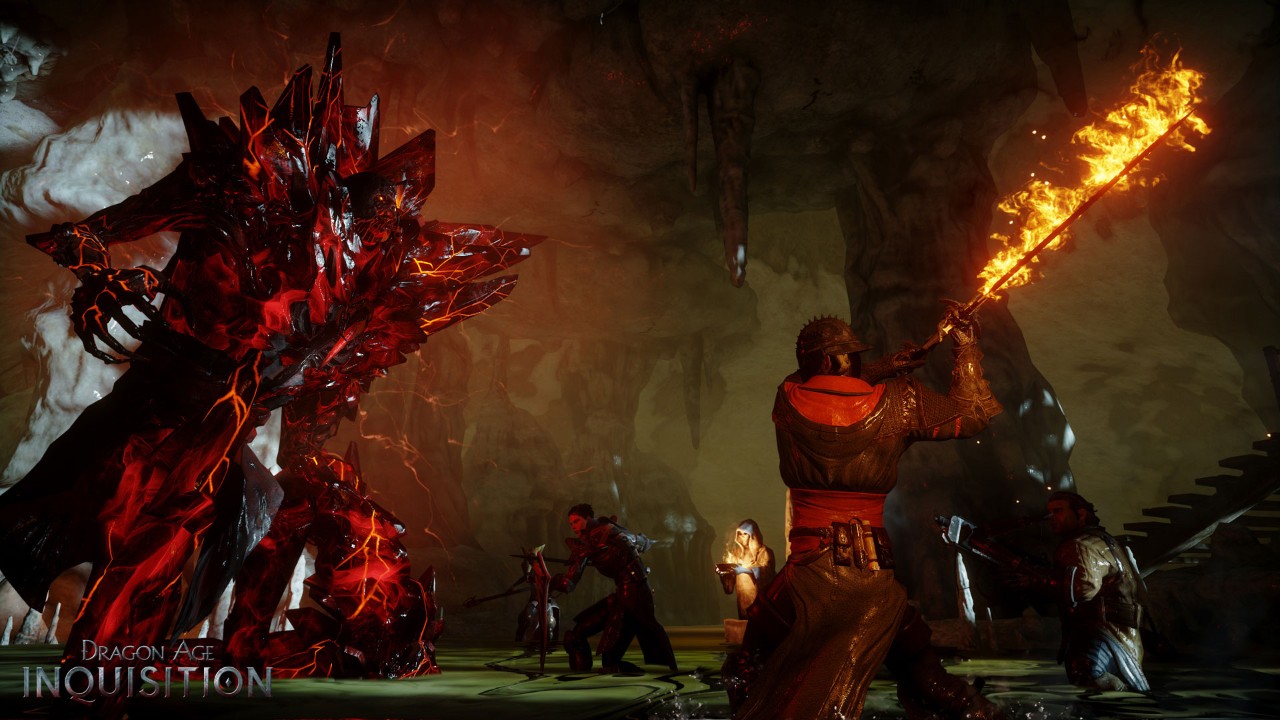 ContributorLaura is a History student at Central Michigan University. When sheâ€™s not dishing out delicious cafeteria food to hordes of obnoxious freshmen or baking up cookies for drunk partygoers, sheâ€™s at home relaxing with either her computer, Xbox 360, or 3DS. For as long as she can remember sheâ€™s been holding a controller. From NES to Xbox 360, she canâ€™t remember a time before she loved video games. She can invest hours upon hours in RPGs (her favored genre), especially those brought to you by BioWare. Her only long-term goal is to become Commander Shepard and explore the final frontier.
You might also like
biowaredragon agedragon age inquisition