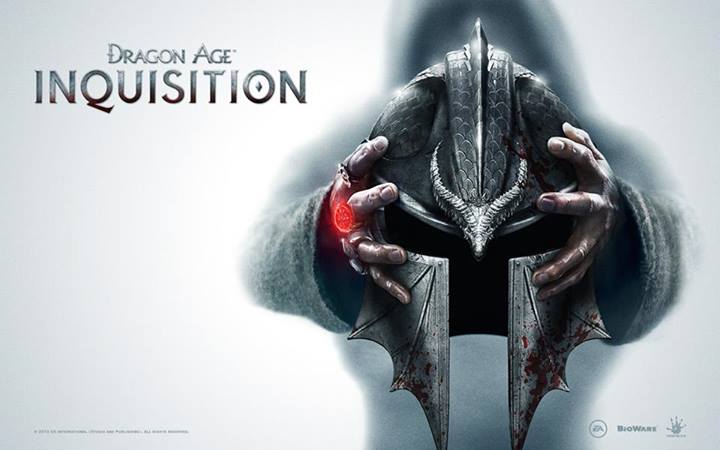 Today, Bioware released the gameplay trailer for the newest addition to the Dragon Age franchise; Dragon Age: Inquisition. The trailer featured the main character, known as â€œThe Inquisitorâ€, and the various demons and people he or she encounters.

The premise of the story is pretty simple, almost similar to Dragon Age: Origins, The Inquisitor finds himself/herself as the only survivor of a mysterious battle on land, coming forth from â€œThe Fadeâ€, a metaphysical realm where all kinds of beasts reside. The Inquisitor is the apparent hero needed to stop the world from being devoured by demons and something called â€œThe Breachâ€. The many demons that spill forth from â€œThe Riftâ€ mean to take over the world of Dragon Age.

The enemies varied from demons, to large spiders, and even a dragon; the new demons seem to be much larger and more formidable than any darkspawn previously encountered. The landscapes varied as well, with battles and cutscenes taking place in meadows, wintry mountains, blustering deserts, dark caves, abandoned elven ruins, and even the Grey Warden stronghold. Signaling that Dragon Age: Inquisition is much more expansive than previous games.

The newest addition to the Dragon Age lore certainly looks impressive; stronger enemies, cooler terrain, and amazing graphics. Before I spoil anything good, check out the trailer and don’t forget to pick up your very own copy of Dragon Age: Inquisition October 7th, 2014.

ContributorLaura is a History student at Central Michigan University. When sheâ€™s not dishing out delicious cafeteria food to hordes of obnoxious freshmen or baking up cookies for drunk partygoers, sheâ€™s at home relaxing with either her computer, Xbox 360, or 3DS. For as long as she can remember sheâ€™s been holding a controller. From NES to Xbox 360, she canâ€™t remember a time before she loved video games. She can invest hours upon hours in RPGs (her favored genre), especially those brought to you by BioWare. Her only long-term goal is to become Commander Shepard and explore the final frontier.
You might also like
biowaredragon age inquisitionGameplay Trailer