Draugen Teaser Trailer Leaps Out of the Sea 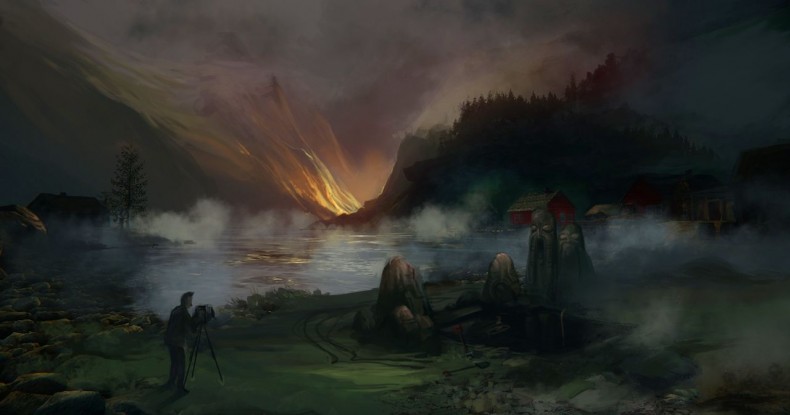 Red Thread Games, developers of the upcoming Dreamfall Chapters: The Longest Journey, have showed off their new survival-horror game Draugen in a frightening teaser trailer. The video depicts a dreary Norway set in the 1920s while the player-character wanders through an ominous Norwegian village. The game is open-world and looks to have an emphasis on exploration, taking cues from several other popular titles like Amnesia: The Dark DescentÂ or Gone Home.

No word yet on a release date, though it’s fair to assume it won’t be this year. With Dreamfall Chapters already set for a 2014 release, I’m sure Red Thread has their hands full for this year.

Senior Staff Writer Colton Steury is a musician, writer, and fervent gamer who enjoys most any games, but is especially fond of RPGs, platformers, third-person shooters, and indie games. When he's not writing articles, composing songs, or gaming, you could probably find him eating potato chips and petting a cat. Generally, he is willing to accept potato chips/cats as currency.
You might also like
trailer

Yoshi Wrecks Your Backyard in this Yoshi’s New Island Commercial