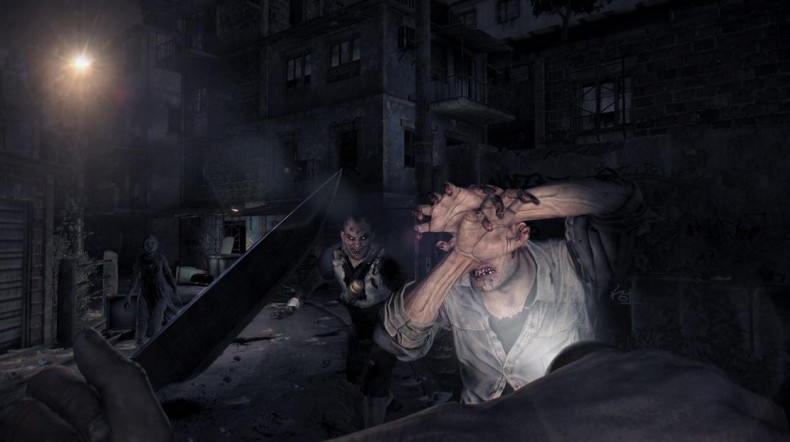 Tymon SmektaÅ‚a, Dying Light’s Producer, has been laying out some pretty cool information on Twitter about Techland’s much-anticipated open-world game. Check out the barrage of information that he’s released below:

1. About whether or not the player will be able to camp out in a house to wait out the night:

@Markusstoltz Yes you can. It might be hard to fall asleep though, with all the infected wandering around.

2. Regarding how noise will be a factor in attracting zombies:

@BREACH_x_NINJA @DyingLightGame Actually there's a noise system in our game, so when there's something that makes noise, it draws enemies in

3. The exact multiplayer modes that will be available in the game:

4. The possibility of a demo being released before the actual game:

@Natedog1991 As much as I'd like the game to be played by millions, there just isn't a demo fit for public (bug free, optimized, etc.).

5. When the release date is coming:

@hydenfrank I thoroughly understand and respect your point of view. Unfortunately you have to wait just a tad longer.

And if you haven’t already, check out Dying Light’s latest trailer titled “Humanity”, below:

Founder/Consultant Growing up in different countries, Karam has a unique global perspective about gaming. He brings with him that set of eyes and ears that can look at the state of gaming from afar. His gaming loves cover just about every genre, and he is a constant presence on Xbox Live and PSN. Karam is a Systems Administrator by day and lives in Georgia with his wife and three children. By night he transforms into Aye Karamba (Live) or Aaqiloon (PSN), and his virtual aliases live online.
You might also like
Dying LightTechland