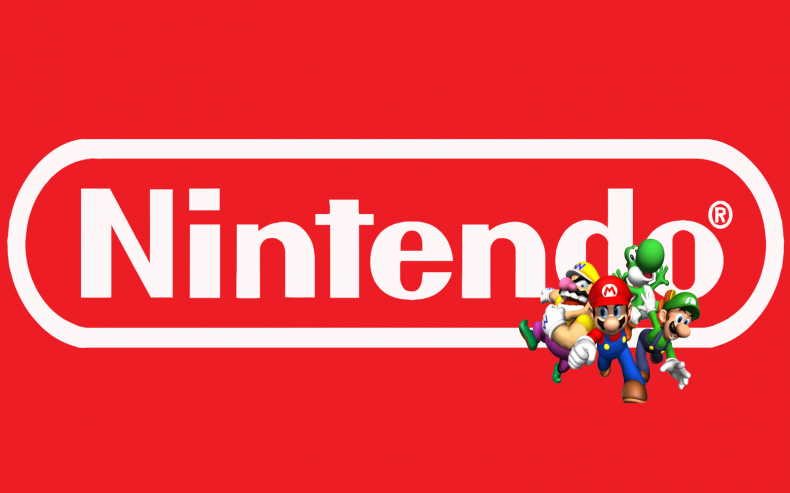 Nintendo is usually always the last, and generally underwhelming, footnote in my E3 watching ritual. With all the big guns from Sony and Microsoft already laid out on the table, I’ve always been given the impression, based purely on their unending desire to appeal to casual audiences and how few of those games truly speak to the audience that actually grew up with them, that they are packing water-pistols to this yearly shootout. Apparently they saw this error in judgment themselves, and after 2012’s disastrous showing opted to skip taking the stage at E3 all together in favor of a “Digital Event”—which, quite frankly, is so something they would do. This year, the Digital Event returned, albeit in the form of two split shows… and from what was shown it looks like The Big N is slowly stepping in a very big, positive direction. but let’s get into some of the big things that were shown, shall we? 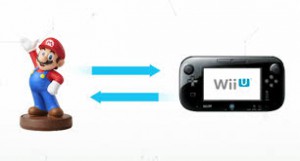 Formerly known as Project NFC, and teased briefly in a Nintendo investors meeting last month, The Amiibo is Nintendo’s latest effort to be the industry standard of unique and out there and totally casual. Placing special figurines on your Wii U GamePad, not unlike in such games as Disney Infinity  or Skylanders, players are basically given access to their own personal player memory cards. The figurines save stats and move sets, and keep track of levels, among other things. The first game to make use of this is Super Smash Bros. for Wii U, but Nintendo is planning on making it compatible to a host of games, including the just released Mario Kart 8.

Nintendo’s Conference opened by announcing two new characters for Super Smash Bros. for the Wii U and 3DS, in the form of Palutena from Kid Icarus, and… well… you. That’s right: Miis are officially playable, and come in three different play styles—brawler, sword fighter, or gunner—that offer a variety of special moves and attacks. This was all demonstrated with a fun and ridiculous video showing Nintendo heads Reggie Fils-Aime and Satoru Iwata over-dramatically beating the ever-loving crap out of each other, which I posted above because it’s ridiculous. In other Smash Bros. news from the show, as stated above, the Wii U version is the first game compatible with Nintendo’s new Amiibo Toy Project, allowing for Amiibo figurines to retain beefed up stats and custom move sets. Oh, and because bad news always follows good news, Super Smash Bros. for the 3DS has been pushed back from its original summer release date to October 3. Only a few months, but still unfortunate for gamers looking to smash on the go. 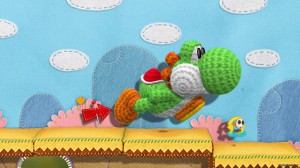 Much in the same vein as the cute (but entirely too kid-friendly) Kirby’s Epic Yarn  a few years back, and looking so charming that it almost gives LittleBigPlanet 3  a run for its money in that department this year, Nintendo’s most beloved green lizard is taking on a cozy, stitched-up Wii U adventure of his own. The bright and colorful trailer showed enemies that unraveled into bits of string when attacked, a very classic Mario-esque sort of platforming style and locations that included caves, valleys, and of course, Yoshi’s Island. Currently, it’s due for a 2015 release.

About time Toad got some of the spotlight! Originally a mini-game in Super Mario 3D World, Treasure Tracker is very much the same sort of isometric puzzler, just on a much more expanded scale. From the looks of the trailer, players will be treasure hunting through a slew of Mario-themed locales, including those familiar rolling hills, multi-layered mines, and Big Boo’s haunted house. Sounds like fun! 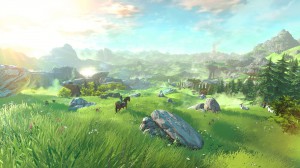 The Legend of Zelda Wii U

THIS. This is the game everyone hoped Nintendo would in some way pull out of it’s N-shaped hat this year (well, one of them; keep scrolling down for the other one!). Yes, the next major Zelda installment is heading to Wii U in 2015. What can we expect? Well, details were certainly brief, but it looks like Hyrule is becoming a large, beautifully illustrated open world this time around, as opposed to being broken up into different sections like in previous titles. and man, is Hyrule pretty, taking on a colorful, rich shaded style that seems to take cues from both The Wind Waker  and Skyward Sword. The footage shown of this featured Link doing what he does best: being a monster-fighting badass. After being chased (with Epona in tow!) by a big, nasty looking  foe, the Hero of Time throws off his cloak, jumps from his trusted horse and lays waste to the beast with a barrage of arrows… one of which glows and transforms before the footage fades to white. 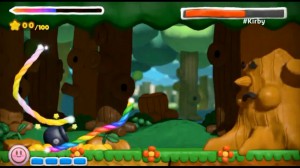 Kirby and the Rainbow Curse

Kirby and the Rainbow Curse  is a direct sequel to Kirby: Canvas Curse  on DS, The big pink hungry blob’s next adventure is Wii U GamePad centric. Much in line with the original, you’ll be drawing lines with the Wii U stylus to push Kirby along. Footage shown also included Kirby doing what Kirby always does: transforming into different things and fighting off giant trees.

Originally just X, Monolithsoft’s mech-inspired JRPG was finally confirmed to be apart of the studio’s Xenoblade series with a name change and a 2015 release window in the U.S. 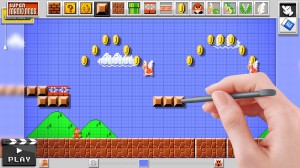 Have you played a Mario game as of late (any Mario game, just pick one), and said to yourself “Hey, I can make way better Mario levels then this?”

Well, if you have, it sounds like Nintendo heard you and would like you to prove it. Mario Maker  is going to let you LittleBigPlanet  it up Nintendo-style, allowing you to edit stages, change between the original 8-bit style of games and the current 3D style, and even do things like fill your level with Koopas and pipes. Hopefully, there’s a way to share levels with other Wii U players in the mix 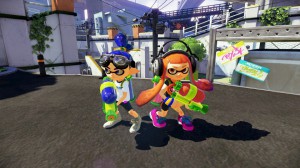 If The Legend of Zelda  for Wii U was the definite highlight of the Digital Event, Splatoon  may just be the obligatory oddball game. Playing as characters locked in a four-on-four paintball deathmatch, players also have the ability to turn into squids (of all things), which would allow you to move faster and across longer spaces. I can see this one being some highly colorful, competitive fun. 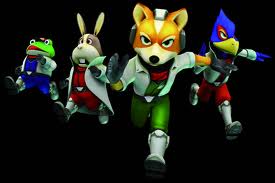 The OTHER big Nintendo announcement of the day, this one was done a lot more on the sly, and featured a lot less details (if you can believe that). But what we do know is that Fox McCloud is back in 2015 and he’s going to be putting the Wii U GamePad to good use. I’m totally barrel rolling in excitement! 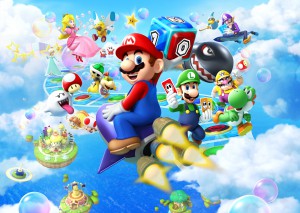 Last but not least, the party is set to begin again. Not only will Mario Party 10  feature the classic mini-game style of past Mario Party titles, but it’s coming packed with a mode that allows you to terrorize players as Bowser, and Amiibo support.

All and all, it was certainly the most eye catching E3 showing Nintendo has had in the past few years. Mind you, it still wasn’t on the level of Sony and Microsoft’s conferences, but the major reveals this year definitely indicate that The Big N is definitely making some strides to change its lackluster reputation at the show. I’m definitely curious as to how far they’re going to take Amiibo support and whether it has potential to be something beyond a gimmick. I also wish we had gotten a better look at Zelda and Star Fox than we did, but they are both still leagues away, so there’s always time for that. All and all, jolly good show, Nintendo.

Hi! I'm Tony. I'm 26 years years old and Currently living in Fayetteville, North Carolina. I've been a gamer for the Majority of my existence, stretching as far back as the SNES days. I currently own a PS3 and a PS4, but am open to anything and everything. literally, I'll pick up a controller and play anything once. I'm also pretty much the biggest and most well rounded nerd you'll ever encounter, with a love for sci-fi/fantasy/comic book everything. I also, love music, literature, and art. I guess you could call me creative! When I'm not indulging myself in any of the above things, I'm a freelance photographer, focused mainly on concerts and events and big events around NC, and a writer who writes about the people involved in said events. I'm also about to be writing a bit for gamereviews.com so yeah, hit me up if you want to know more!
You might also like
3DSE3Nintendo