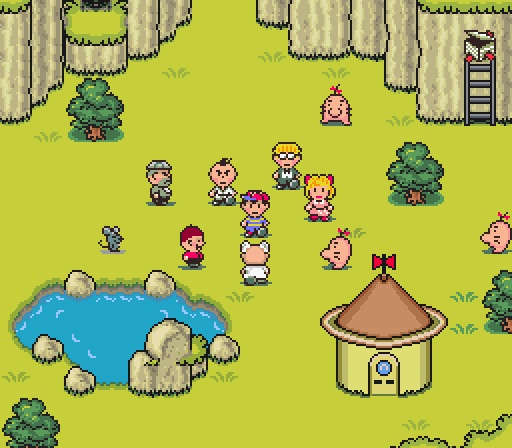 EarthBound, the SNES (Super Nintendo Entertainment System)Â RPG which became incredibly successful and cherished by most, will be available on the Wii U’s Virtual Console as of today. Nintendo confirmed that the classic will be coming to the Virtual Console today in North America and Europe and thatÂ a player’s guide for EarthBound will also be put on Nintendo’s site. The game will cost a reasonableÂ $9.99 from the eShop.

On eBay, many EarthBound copies have become increasingly expensive due to the game’s popularity.Â  Supply and demand was a problem, as there wasn’t enough copies to go around to all EarthBound fans, who desperately wanted aÂ copy of this prized gem. However, from now on this will no longer be a problem for Wii U owners.

Former Staff Writer Mark is an Irish student passionate about games. He enjoys playing sports such as soccer and rugby, but loves playing video games at any time possible. Mark plays mostly on the Xbox 360, but also plays on the PC from time to time. He is a multiplayer manic and also loves to delve into deep storylines within RPGs.
You might also like
EarthBoundVirtual ConsoleWii U