eShop Shipment 9/19: Sailing Back to our Hearts 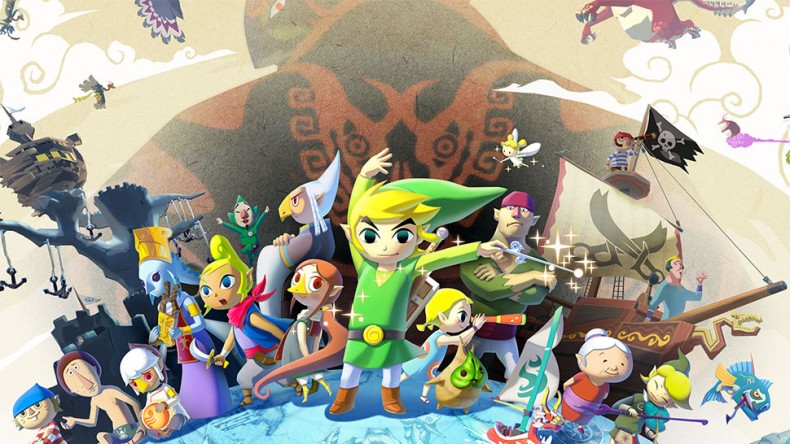 Oooh, this is a pretty sexy week for Nintendoâ€™s eShop.Â  The Wii U gets some beautiful discounts and the return of 2 classics, while the 3DS gets a few board gamesâ€¦and Pinball! Star Wars Pinball. Thatâ€™s cool, right?

Super Mario Bros. comes to Virtual Console for $4.99, or just $1.00 if you own the Wii version. Itâ€™s the same classic game as it ever was, now playable on the Wii U gamepad.

Tonight, at midnight, the gorgeous Legend of Zelda: The Wind Waker HD hit the eShop, 2 weeks ahead of its retail release. The digital version of the fan favorite is priced at $49.99, a fair price for one of the largest Zeldaâ€™s ever, plus improved mechanics and rebalanced quests (those triumph forks.) To go with it, the Wii U WWHD bundle hits tomorrow, which includes a download code for the game along with some other extras and a lovely Zelda adorned gamepad. The Bundle retails for $299.99. Check back for a review before its October 4th retail release.

The 3DS notable releases include Star Wars Pinball and Solomonâ€™s Key, from the NES.

Next Tuesday, Scribblenauts Unmasked, a DC Comics themed version of the creative series hits both Wii U and 3DS, allowing you to summon the dark knight with the pen instead of a spotlight. FIFA14 hits the 3DS the same day.

Contributor Geron's been into games for as long as he can remember. From fighting Octoroks to studying graphic and game design at GMU, the guy's been around the block when it comes to interactive entertainment. When he's away from a console, he's working on his next piece of art. Fun Fact: his first published artwork was in issue #144 of Nintendo Power Magazine, when he was only 10.