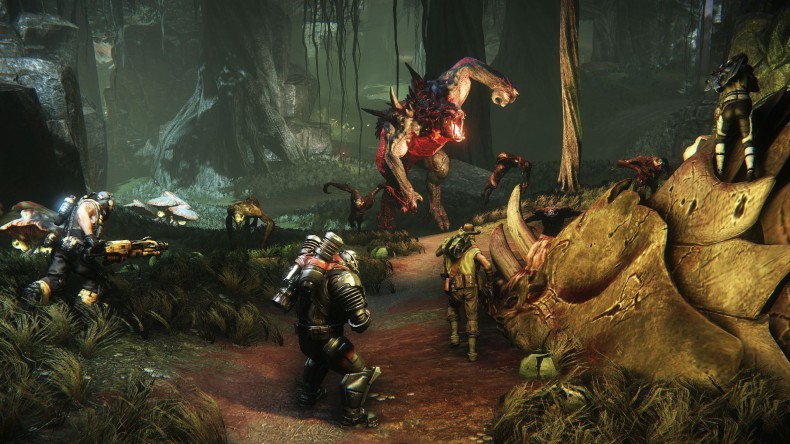 According to 2K Games, players will be able to experience Evolve this fall.

The co-op shooter, which tasks four players with taking down a hulking alien monster while a fifth player controls the creature itself, comes out on October 21. It will be available for the PC, PlayStation 4, and Xbox One.

Players who pre-order Evolve at participating retailers will receive the Monster Expansion Pack, which includes a new skin and post-launch monster. Some outlets are also offering an Exterminator Weapon Skin Pack and Instant Hunter Pack.

Four new human characters have also been confirmed for Evolve. They fall under the same classes as the original characters (Assault, Trapper, Medic, and Support), but they each come with their own unique abilities and weapons.

Features Editor Buddy was a journalism major at the University of Alabama. He now spends his days writing novels that will probably never get published and wishing he were an extra in an Anthony Hopkins film. He's been gaming since he can remember and has owned every console from the NES to the TurboGrafx-16 to, yes, even the Phillips CD-i. He loves all games, but his favorite genres are shooters and RPGs. His favorite game is The Legend of Zelda: Ocarina of Time.
You might also like
2K GamesEvolveTurtle Rock Studios