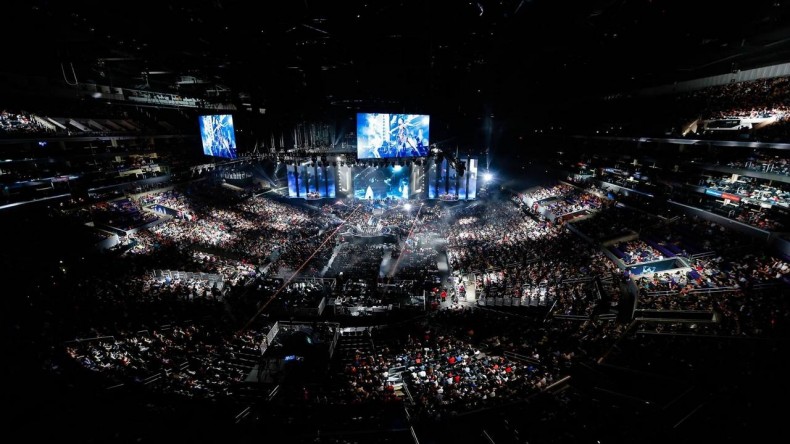 Electronic sports (eSports) have graced the world of video games since they first blossomed on PC hard drives,Â subsequently shooting Cupid arrows at everyone near and far. Yeah, Cupid’s +100% accuracy charm helps for those long range shots.Â Anyway!Â In the past few years, the e-sports division of the global gaming community saw its fair share of colossal growth.Â From the different faces of both casual and professional clans and leagues, to the games that pit players against one another in battles that require grueling focus and tenacity, it is every bit as tense and exhilarating as one might expect from physical sports. And finally, it is getting the recognition it deserves.

Last year in October alone, approximately 15 million people tuned in to watch the World Series. Now if you find that impressive, the League of Legends World Championship Season three had 32 million people watching the live streams. League of Legends is arguably the top eSports contender at the moment. Others of note include Star Craft IIÂ and Call of Duty: Ghosts. Of course, the 71 million views were accumulated over the course of a few major eSport leagues throughout the year, mostly held in the US.

In a report conducted by SuperData, a gaming company that collects data of all kinds about the industry, it is not hard to see at what a rapid pace the world of video games continues to grow. In a commentary about eSports, SuperData’s CEO, Joost van Dreunen, saidÂ “Why would someone want to watch other people play video games? Unlike viewers of traditional sports such as football or basketball, the people watching eSports tend to play the game regularly as well. They watch to learn new moves and improve their own game.” The growth of League of Legends in a very short space of time. Just like PewdiePie’s channel, yeah.

And to those who still think you can’t make a living out of playing games, what say you to $2 million prize, hmm?

Senior Staff Writer Rudolf is a Journalism graduate who has an obsession with video game collectorâ€™s editions, which is matched only by his objective of moving to Canada and firmly establishing himself as a games journalist. His taste for adventure can only be satisfied by action-adventure games, sizzling steaks and dreams of gliding through the air on a snowboard.
You might also like
Call of Duty GhostseSportsLeague of Legends