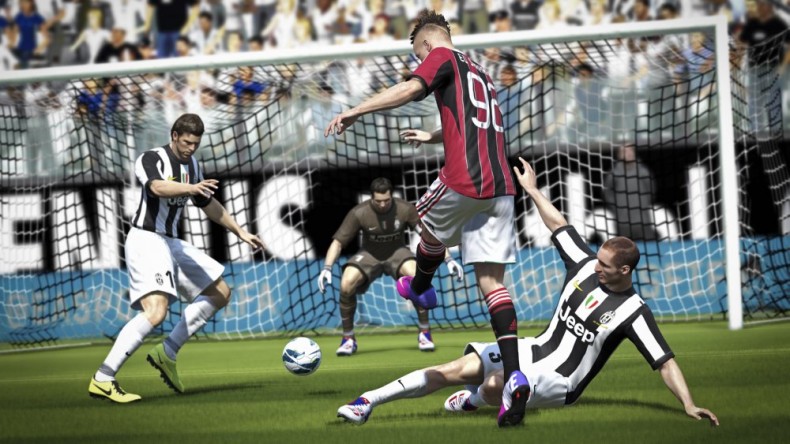 If you have pre-orderedÂ orÂ intend on pre-ordering the Xbox One in Europe, you’ll be getting a free copy of FIFA 14 with it. This was confirmed during Microsoft’s Gamescom conference. Not only that, but there will also be exclusive content for FIFA 14 coming to the Xbox One and the Xbox 360.

EA announced that a new feature in the Ultimate Team game mode in FIFA 14 will be exclusive to the Xbox One and the Xbox 360. The new mode, titled: Ultimate Team Legends. This is practically the usual Ultimate Team, which is FIFA’s mot popular game mode, but it will include legendary stars such as Pele. These legends can play alongside your normal team, and stars of today such as Messi or Ronaldo.

Microsoft had this to say on the matter:

“Each Legend will have their own distinct look, unique attributes, and custom biography,Â and will be randomly included in Gold Packs in FIFA 14 Ultimate Team on Xbox One and Xbox 360”. “Fans will be able to acquire Legends in packs or through the Transfer Market, and then compete with their squads in special tournaments… Each legend will be available in packs for a limited time and at different times throughout the season.”

Clearly this is another attempt toÂ convert gamers to the Xbox One. Seeing as the Xbox 360 is now theÂ most sold console in the UK, and FIFA is one of the best selling franchises in Europe,Â it’s no wonder Microsoft are attempting to exploit their already-made fanbase. However, I’m not one to complain with a free copy of FIFA 14(!)

Former Staff Writer Mark is an Irish student passionate about games. He enjoys playing sports such as soccer and rugby, but loves playing video games at any time possible. Mark plays mostly on the Xbox 360, but also plays on the PC from time to time. He is a multiplayer manic and also loves to delve into deep storylines within RPGs.
You might also like
ExclusiveFIFA 14Microsoft