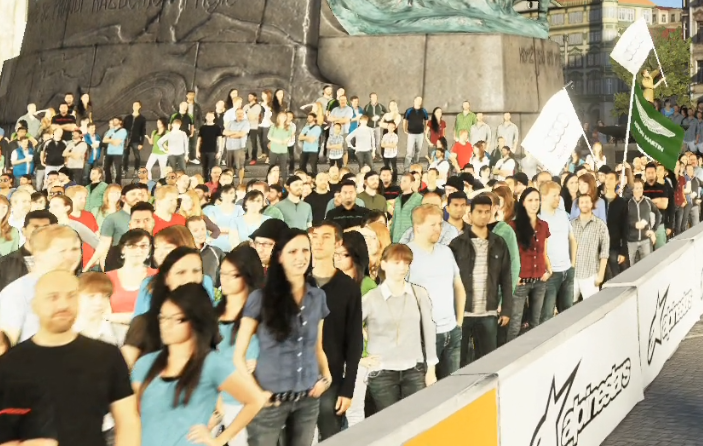 Turn 10 Studios thought no one would notice, but they were wrong.Â  Latest screen shots of Forza Motorsport 5 reveal a downgrade from the original showcased quality.Â  When first shown, the crowd on the sidelines were all 3D crowd members.Â  Today it was revealed that theyâ€™re returning to the effortless, 2D, cardboard cut-out crowd we all know and ‘love’. Â Are we still in the time period of 2D crowds? That being said, who is playing this game for the crowds?Â  Itâ€™s all about the cars and, boy do they look nice! Â I’m not giving much thought to the 2D models because I imagine theyâ€™ll be a blur on the side while doing 180 MPH in a cut throat race. Â Still, if the original reveal had 3D models, why the step back? Â Does this impact your thoughts on the game? Â Sound off in the comments below.

News, Xbox One
Forza 5MicrosoftTurn10xbox one

Versus Mode Co-Host/Creative Co-Director Chris is ridiculous. True story: instead of paying rent one month he bought a Nintendo 3DS. Being a fan of all gaming platforms is tough on his wallet, but he's a gamer on a budget. He plays his PS Vita or 3DS while on the train to/from work and his Xbox 360 or Wii U when at home. He won his university's Video Game Olympics competition back in April of 2012 and mentions it whenever he can in conversation. His other interests include comedy, surviving Chicago, and hangin' out with his pup, Theta.
You might also like
Forza 5Microsoftxbox one