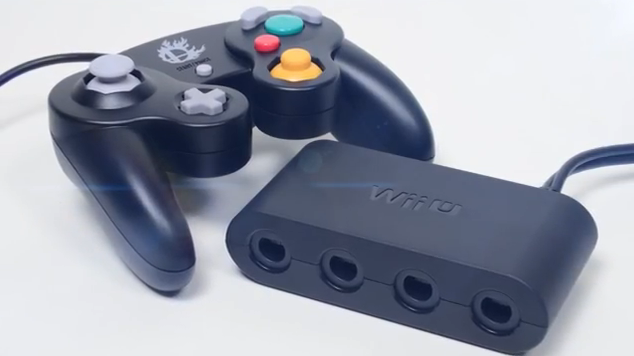 In a move that is sure to make some members of the Super Smash Bros.  community happy, Nintendo has revealed a GameCube controller adapter for the Wii U.

The device made an appearance in a video advertising the upcoming Smash Bros.  tournament at E3 in two weeks. Nintendo has not confirmed yet whether or not the adapter will be sold in stores, but they have said players will be able to play the Wii U version of Smash Bros.  with a GameCube controller.

Watch the full trailer for the E3 tournament, complete with the reveal of the adapter at the end, below.

Features Editor Buddy was a journalism major at the University of Alabama. He now spends his days writing novels that will probably never get published and wishing he were an extra in an Anthony Hopkins film. He's been gaming since he can remember and has owned every console from the NES to the TurboGrafx-16 to, yes, even the Phillips CD-i. He loves all games, but his favorite genres are shooters and RPGs. His favorite game is The Legend of Zelda: Ocarina of Time.
You might also like
gamecubeNintendoSuper Smash Bros