Twitch TV, the video platform responsible for live streaming your matches in games online and bringing you live footage of the annually-held E3, has finally made a big investment in the rapidly growing market of mobile gaming. No sooner was the announcement made, and already Gameloft has staked its claim as the first company to add Twitch’s live streaming capabilities to one of their existing games, Asphalt 8: Airborne. That’ll be sure to take off at extreme speed.

The Vice President of publishing for the Americas at Gameloft, Baudouin Corman, said in a statement that “This first-ever mobile game integration with Twitch opens the door for gamers to broadcast and share gameplay experiences like never before.” Asphalt 8, an arcade racing game with AI and human opponents and with over 48 million people playing it, makes a perfect first candidate for the new update, according to Gameloft. Another few additions of the new update includes new cars, new events, and last but not least, a whole new user interface. 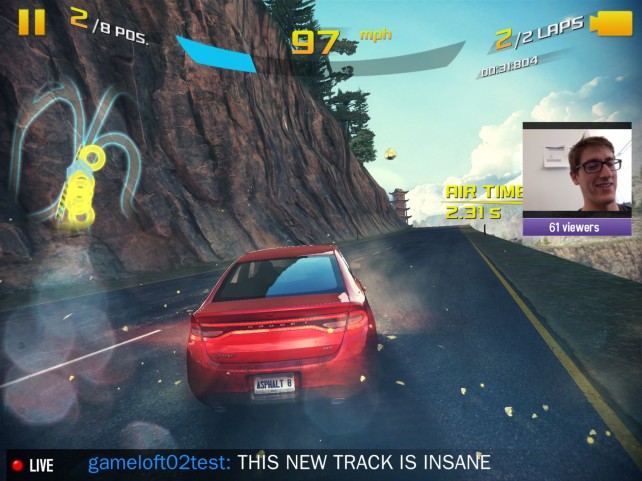 Senior Staff Writer Rudolf is a Journalism graduate who has an obsession with video game collectorâ€™s editions, which is matched only by his objective of moving to Canada and firmly establishing himself as a games journalist. His taste for adventure can only be satisfied by action-adventure games, sizzling steaks and dreams of gliding through the air on a snowboard.
You might also like
Twitch