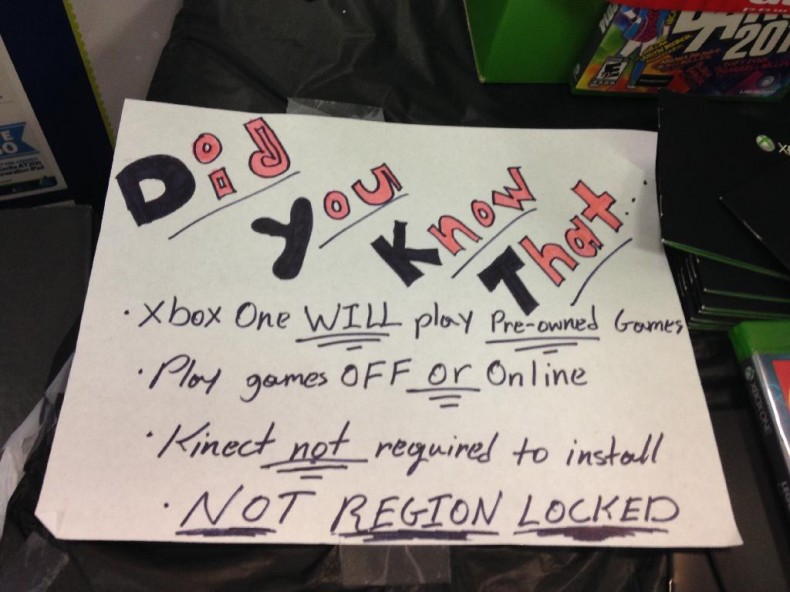 NeoGAF user jaaz has taken a picture of the GameStop display in his area. Let’s just say they are definitely trying their hardest to educate people about what the Xbox One does.

“I’ve seen the same or similar set-up at least two other GameStops. They had a few empty PS4 boxes stacked but nothing near as prominent. Inquiries on whether the PS4 was in stock were met with a negative. In the last GameStop, the employee actually said he had a PS4 but was using it as a Kinect stand for his Xbone because the PS4 has no games, especially sports games. I didn’t even bother with him.

Take it for what’s it worth, but there seems to be a clear push at GameStop to move Xbones. It also appears from the homemade signs that GameStop is still trying to clear the air from the Xbone reveal fiasco earlier this year.” – jaaz 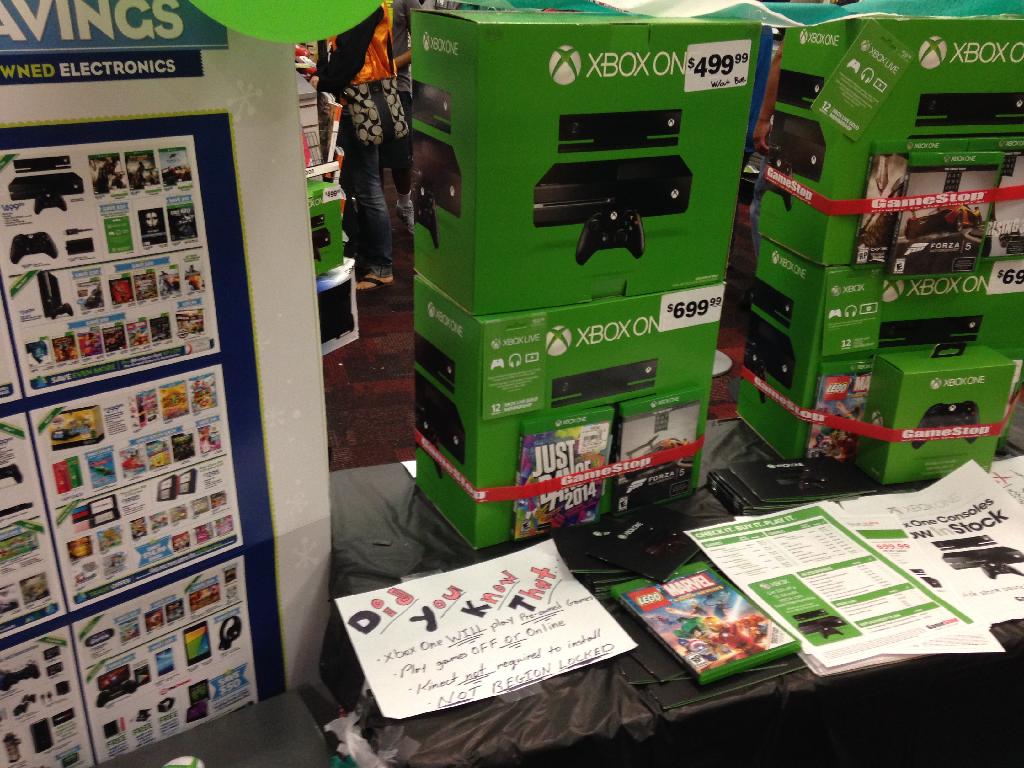 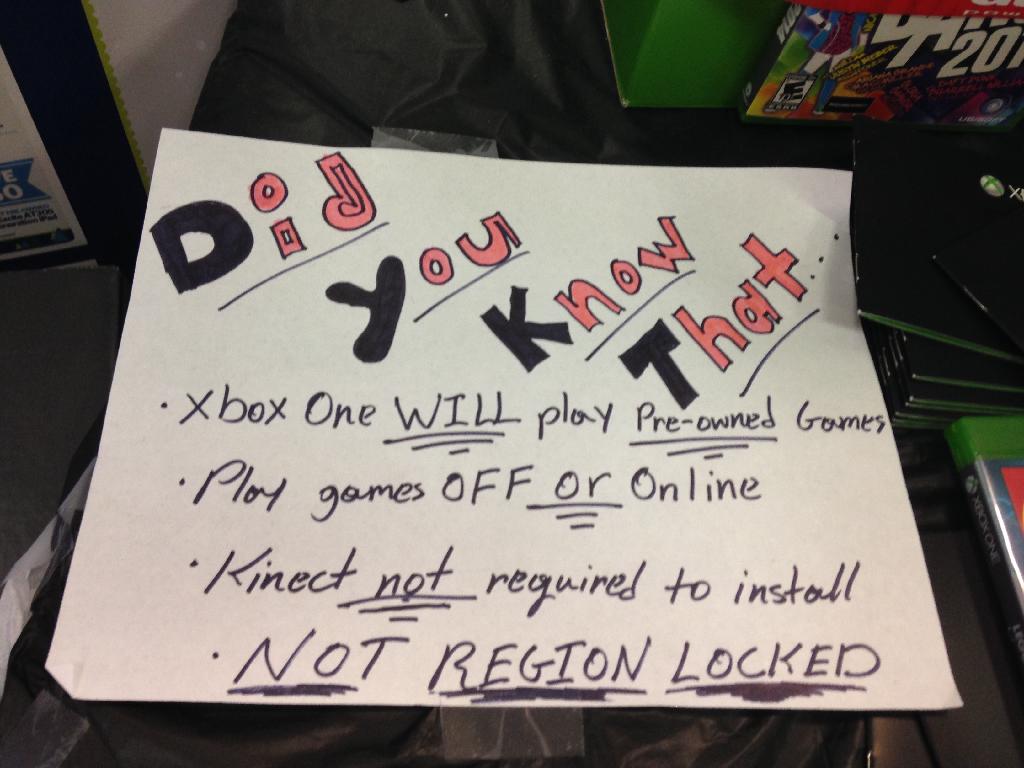 News, Xbox One
Gamestopxbox one

Founder/Consultant Growing up in different countries, Karam has a unique global perspective about gaming. He brings with him that set of eyes and ears that can look at the state of gaming from afar. His gaming loves cover just about every genre, and he is a constant presence on Xbox Live and PSN. Karam is a Systems Administrator by day and lives in Georgia with his wife and three children. By night he transforms into Aye Karamba (Live) or Aaqiloon (PSN), and his virtual aliases live online.
You might also like
Gamestopxbox one