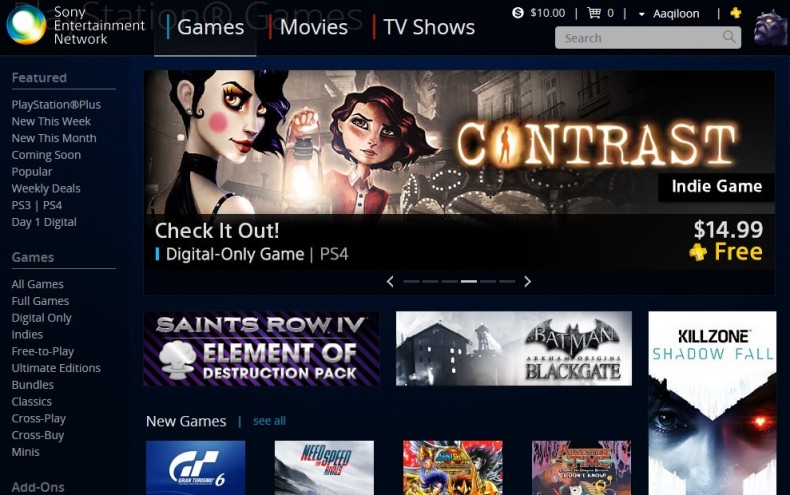 Everyone has obviously had the ability to buy video games regardless of whether or not they own a console since…well, the beginning of consoles. However, in this day and age, gamers have the awesome privilege of being able to buy digital copies of games and download them later.

This deal probably won’t last forever, so if you’re not sure if you’ll be getting a PlayStation 4 or not, but you are a PlayStation Plus member, go ahead and get the games anyhow. Like, duh.

Features Editor Buddy was a journalism major at the University of Alabama. He now spends his days writing novels that will probably never get published and wishing he were an extra in an Anthony Hopkins film. He's been gaming since he can remember and has owned every console from the NES to the TurboGrafx-16 to, yes, even the Phillips CD-i. He loves all games, but his favorite genres are shooters and RPGs. His favorite game is The Legend of Zelda: Ocarina of Time.
You might also like
contrastPlayStation 4playstation plus