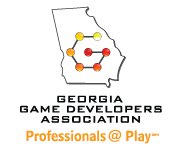 Time to get all local up in here! There’s an upcoming event on Tuesday, May 14th, coordinated by the Georgia Game Developers Association (GGDA), that is being hosted by Giant Studios and Turner Studios. There is no charge for entry, but you do have to RSVP. Please click on the link below to go straight to the Facebook event page, and leave a comment if you will be attending.

The event details are as follows:

“We are very excited to have both Giant Studios and Turner Studios host our free May meeting.

Founded in 1999, Giant Studios is the preeminent motion capture facility in the entertainment industry, offering game developers capabilities that simply can’t be done anywhere else.

Giant Studios has provided motion capture for many fantastic motion pictures: from Gollum in â€œLord of the Rings,â€ to the Naâ€™vi in â€œAvatar.â€

Giant started in Atlanta, where it still has its home office and R&D department. Its state-of-the art studio facilities are in Los Angeles and it has â€˜To Goâ€™ capabilities around the world.

Everyone will need to enter through security. You will arrive at the main gate on Techwood, and (after parking, if you drove) will proceed to the main lobby. Please arrive a few minutes early, as Giant will need to walk you from the main lobby through the campus to the reception. Security requires that we have a list of everyone who will be attending.