GOG Offering Up To 20% Off Witcher 3 Pre-Orders 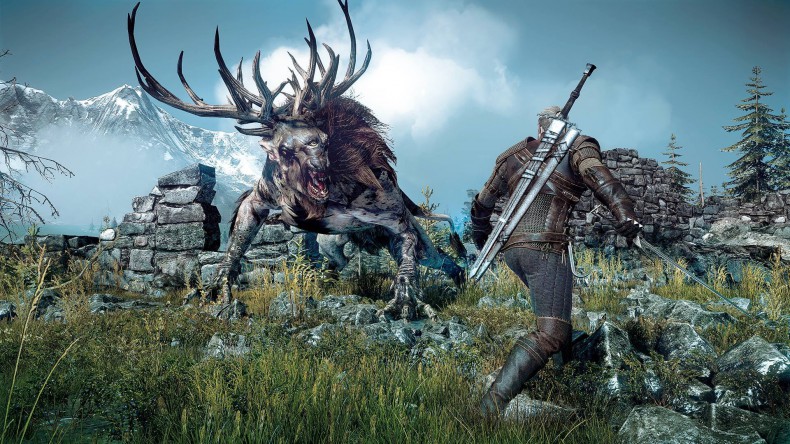 CD Projekt is being very generous to those who pre-order the Witcher 3: Wild Hunt through gaming consumer site GOG, even if the game is delayed to 2015. Included in what is called the game’s “best pre-order offer,” is the art book, soundtrack, a copy of Neverwinter Nights and two beta keys for The Witcher Adventure Game.

Although the delay is a little long, players will not only be able to pick up the game across many systems when it releases, but CD Projekt hopes that players will pre-order their copy through GOG to enjoy much more than your average pre-order incentives. For first-time buyers of a Witcher game through GOG, a fair discount of 10% ($53.99) will be given. If another of the previous games are detected in a player’s library, the discount goes up to 15% ($50.99). And if both The Witcher  and The Witcher 2: Assassins of Kings are owned, the discount is finally pushed up to the grand finale of 20% ($47.99). If, however, anyone has purchased retail copies of the previous two games, the inclusion of a GOG redemption code will ensure that you still acquire the GOD pre-order bonuses.

The pre-order of the game itself already comes with enough goodies, and multiple digital storefronts are adding their own extra products – a high quality digital art book, bonus videos, and a map of the world in Witcher 3. GOG tops these offers by not only including the aforementioned, but adding yet more: wallpapers, avatars, a digital comic called The Witcher: House of Glass and a soundtrack with four exclusive tracks.

And as if all that wasn’t enough, CD Projekt has revealed that yet more extras will be revealed. So while fans will have to wait until February 25th next year to play The Witcher 3, in the meantime they can satisfy their need for some RPG action with Neverwinter Nights, which will already be available as soon as the pre-order is completed.

In case you missed the most recent Witcher 3 trailer, check it out below. You won’t walk away from it without needing the game.

Senior Staff Writer Rudolf is a Journalism graduate who has an obsession with video game collectorâ€™s editions, which is matched only by his objective of moving to Canada and firmly establishing himself as a games journalist. His taste for adventure can only be satisfied by action-adventure games, sizzling steaks and dreams of gliding through the air on a snowboard.
You might also like
GOG.comThe Witcher 3: Wild Hunt